Netflix is shooting for an Oscar 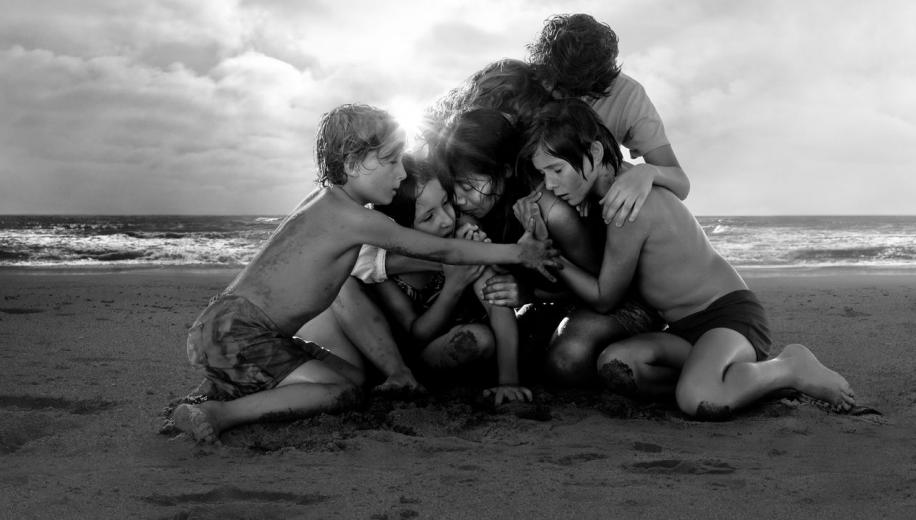 The first film from Alfonso Cuaron since 2013's Gravity could earn Netflix some credibility courtesy of an Oscar.

Already receiving plenty of critical acclaim, this personal project from Cuaron has been celebrated and championed as a genuine slice of high class filmmaking for Netflix to peddle, clearly in the hope that securing such a project might turn around their general reputation for consistent mediocrity.

To be fair to Netflix, for the price of admission, they still provide an exceptionally good deal, and the few gems that pop up in their numerous - seemingly endless - original products are more than worth that minimal monthly expenditure (particularly when you take into account the many other shows that they buy in). Nonetheless, with Scorsese's The Irishman still easily the most anticipated Netflix movie of 2019, it is clear that they want to be taken a little more seriously.


With Scorsese's The Irishman still easily the most anticipated Netflix movie of 2019, it is clear that they want to be taken a little more seriously.

Roma is a semi-autobiographical tale from the Mexican director, who acted as writer, producer, cinematographer, editor and director on the project, fashioning a very authentic slice of 70s household life in Mexico City, charting the inner workings of a family unit in Mexico City. The father is a doctor; often away at "medical conferences", whilst the mother has help in the house mainly in the form of Cleo, a loyal maid who helps take care of the four young children who run wild around the building.

Although initially the focus is upon the seemingly mundane everyday goings-on, the cracks are soon revealed, both in the marriage of the husband and wife - the doctor soon disappears on a particularly long trip - and in the life of Cleo, whose relationship with a budding - and strangely exhibitionist - martial artist leads to its own complications.

The pacing of Roma will not be for everybody, it's a quietly contemplative tale which isn't going to rush the establishment of its characters; of the environment and of the hierarchy, on its way to telling any form of conventional narrative. Indeed, some might regard that almost nothing happens in the feature, it's merely a very pretty - exceptionally shot - home video of Cuaron's childhood (perhaps), and, in that respect, as with most family home-movies, the true audiences that they are intended for, are arguably the family themselves.

Many might feel that way about this personal project, particularly with its indulgent runtime (giving you the impression that Netflix may have been one of the only ways to get this commercially released in the mainstream), but others will be equally wowed by the beauty and majesty that Cuaron is capable of drawing out of even the most mundane of events, imbuing them with slow-boiling significance, which itself builds to an emotionally resonant climax. It's here where the critics are spot-on; this is a Malickian effort of filmmaking, with Cuaron producing such a colourful cultural palette (ironically, in spite of its striking black and white cinematography), and such genuine characterisations, that many can't help but be drawn into the potent familiarity of real life.


A critical winner which will hopefully draw pause for quiet contemplation, even if many will skip this ostensibly pretentious foreign arthouse fare.

Netflix also offers up the potency of Dolby Vision - surely one of the first black and white features to benefit from this enhancement - and it really does make a difference, making a much richer, broader scale from the peak whites to the deep impenetrable blacks, whilst negotiating the contrast more adeptly on the fly, affording some true picture perfect snapshot moments. Similarly, Dolby Atmos works a treat, with the content making for curiously potent material to showcase such 3D high definition aural immersion, drawing you into the bustling household and almost constant background street noises, not to mention the later more expansive moments which feel both epic and also extremely claustrophobic.

Cuaron's project, taking a distinctly auteur role this time around, is clearly very personal, and he's done exceptionally well to translate that into something so relatable and authentic; conveying cultural colour naturally as a backdrop, and instilling a perpetual emotional rollercoaster into the affair which is almost universally explored through passive events rather than direct words - the wife almost exclusively expresses the gamut of emotions she feels with regards to the absentee husband through the way she fiercely defends, and then slowly dismantles, his prize automobile.

It's nuanced, expert filmmaking, even if Cuaron's closeness to the material may leave him slightly too comfortable with a flabby runtime, leaving this both a wonderful experience, and also a film arguably best experienced at home, with Netflix securing a critical winner which will hopefully draw some pause for quiet contemplation with some, even if many will be happier skipping this ostensibly pretentious foreign arthouse fare.