Excessive hyper-stylised violence does not a good film make 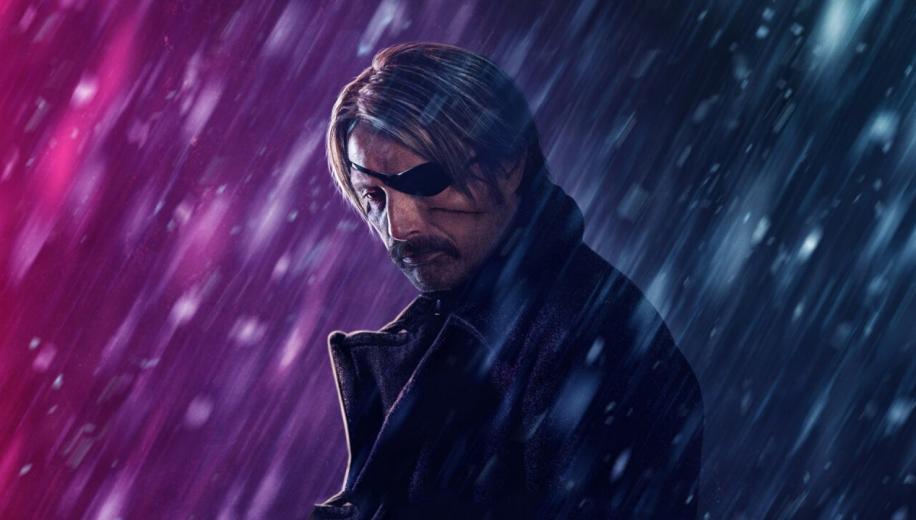 The bodycount in the John Wick franchise is high. He kills hundreds. Yet the films are grounded in a commitment to cleanly choreographed gun-fu, martial arts and stunts, and although not based on a comic book, the franchise has created its own comic book sandbox to unravel some engaging tales of violent revenge against the backdrop of the unlikely code of honour established by a league of master assassins.

Victor Santos wrote a series of graphic novels about his ageing hitman character Duncan, codenamed The Black Kaiser, and sure enough the second story was development into a film and lapped up by Netflix for distribution, securing an unlikely heavyweight star in Mads Mikkelsen (The Hannibal TV Series, Rogue One), and clearly designed to be something like Netflix's answer to John Wick - potentially a franchise in the making.

Unfortunately, director Jonas Akerlund has no filter on excessive excess, turning what could have been a colourful engaging comic book actioner into a numbingly gory, lewd and torturous affair which is largely to John Wick what Kick-Ass 2 was to Kick-Ass.


A numbingly gory, lewd and torturous affair which is to John Wick what Kick-Ass 2 was to Kick-Ass

Facing his last week before compulsory retirement at 50, legendary assassin The Black Kaiser embarks upon his final assignment, only to be betrayed by his employers, who send a league of killers to finish him off before he can collect the money owed to him and disappear for good. Complicating the matter further is a young woman who moved into the cabin nearest to his snowy retreat, and the friendship they spark up which makes her a prime target to use as leverage against him. Undoubtedly Mikkelsen deserves far better than this, given little to do but stare and mumble, and only really able to come alive during a smattering of decent fight sequences (the corridor fight is perhaps the only high point here). However, he's also the best thing about Polar, just about reminding you that you're actually watching a movie and not a music video crossed with someone flipping pages on an ultra-violent comic book that has no dialogue.

He does his best to remain on-track, whilst almost everything else goes off the rails, with recent Netflix regular Vanessa Hudgens getting some supporting screen time, and an awful paycheque cameo for none other than Jaws' Richard Dreyfuss.

There are two things that should likely tell you all you need to know about the film. 1) Johnny Knoxville - also cameoing - similarly plays a master assassin marked for death on retirement (the opening scene sets the tone for the awful blend of childish sex references and violent excess - it's the most ridiculous assassination scene on an assassin you could envisage; compare with the opening scene in Watchmen, or even Wanted, to see how it should be done). 2) Matt Lucas plays the master villain.


Mikkelsen is the best thing about Polar, occasionally reminding you you're watching a movie, not a music video

Getting past these two facts is very hard, and is not made easier by the random 'A-Team' of assassins that are sent after the main character (what happened to one shot, one kill? why would you need more than just the sniper? and is the femme fatale an assassin herself, or just a hooker along for the ride?), with only Mikkelsen - himself hampered by some painfully repetitive flashbacks that don't get to the point until the epilogue - drawing your focus, and the violent confrontations just an exercise in mind-numbing excess. Whatever passes for style here is merely what anybody who grew up watching sequels to Smokin' Aces, Sin City and Kick Ass would come up with if given enough cocaine, with rote dialogue (unsurprising since the original novels were particularly sparse in that department) and an unnecessarily slow-building story. It's a two hour movie about an assassin getting betrayed where he isn't actually attacked for a whole hour.

Action junkies - and Mikkelsen junkies for that matter - will still find something to engage with here, no doubt, particularly in that aforementioned corridor scene, but would likely be better of just rewatching the trailer for John Wick 3 a few times, and saving themselves the rest of the 2 hours of their life that they won't get back.