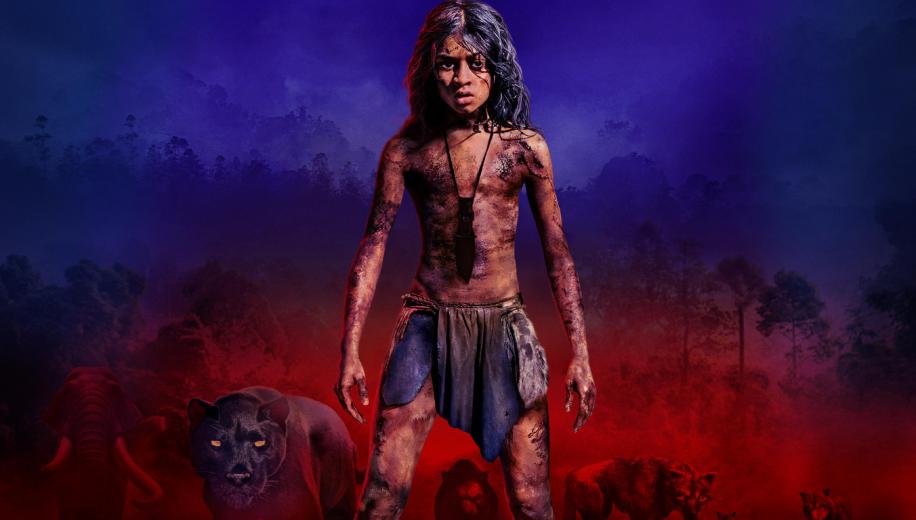 After Disney's own live-action remake of The Jungle Book, Netflix offers an even darker take on the story in Andy Serkis' sophomore directorial vehicle, Mowgli.

Originally planned for release back in 2016, this darker adaptation - which was based on Kipling's All the Mowgli Stories collection - was delayed due to Disney's own big budget counterpart, the success of which had the cascade effect of condemning Serkis' feature to a Netflix bow instead of its scheduled wide release. Although, perhaps as a testament to how good the end result actually is, Mowgli still earned itself an 11th hour, limited theatrical release, impressing some preview audiences with its motion capture effects, and surprising with its darker themes.


Serkis' reimagined version of events strips out the singing, dancing and playing, in favour of a darker, more 'realistic' tale.

This may well be a familiar tale to what we know, establishing the violent dispatching of two humans by vicious man-eating tiger, Shere Khan (Benedict Cumberbatch), and the young baby left behind, who is 'adopted' by a pack of wolves (led by Peter Mullan's Akela), and trained by a black panther named Bagheera (Christian Bale) and Baloo (Andy Serkis), a big bear, preparing for the day when Khan will finally challenge the ageing wolf Akela, and try to defeat the pack. However, Serkis' reimagined version of events strips out the singing, dancing and playing, in favour of a darker, more 'realistic' tale (speaking animals notwithstanding) with a grander human contingent at play during its final act. The visual style of Mowgli: Legend of the Jungle is impressive, eschewing Disney's more cartoon-characters-brought-to-life realism in favour of some fabulously imagined creatures (the moss-covered walking boulder of an elephant is fantastic), who are more strikingly distinguished than Disney's equivalent through the motion capture work. You can see Peter Mullan's slightly sad frown, Bale's speaking-through-a-straw face, Tom Holland's smug hyena, and even Andy Serkis' very eyes, set in that soulful, cockney bear.

There's also a commitment to the performances, with actors allowed a bit more free rein to display the gamut of emotions on offer, and even young Rohan Chand tearing it up as Mowgli himself, and doing a better job with it than Disney's Neel Sethi. Serkis is hardly Bill Murray, but he makes his Baloo more of a tough trainer, forging a version of his own; Mullan is soulfully honourable as Akela whilst Bale provides measure and restraint as Bagheera.

Performances aren't universally great, Cumberbatch is woefully miscast as the snarling villain, paling in comparison to Idris Elba's powerhouse - and much more tragically sympathetic - Khan, and the human contingent is curious, with Frieda Pinto (who has had one of the oddest career trajectories post-Slumdog Millionaire) returning to Hindi to play one of the locals, as part of an interesting introduction digression into some welcome culture, but often standing out through sheer glamour, and sitting more comfortably next to The Americans' Matthew Rhys as a painfully pantomime hunter who isn't given enough time to flesh out his cliched alcoholic-hunter-with-a-grudge-against-the-animal-that-scarred-him routine.


A nice addition to the Christmas period watching list.

Serkis also doesn't quite mould a cohesive narrative or consistent pacing, providing a great, if familiar, setup, and some compelling moments, but frequently hampered by the source material itself - a monkey kidnapping sequence could have been completely culled - which is occasionally self-defeating. He does a solid job though, particularly given what must have been quite a challenging project for a sophomore film, crafting something that both looks impressive and still remains compelling underneath, balancing an acting component whilst directing others, and handling the motion capture elements so well even from the other side of the camera.

Netflix too have outdone themselves, with a cadre of recent efforts that have proven stronger than you might expect on the run-up to Christmas, and many of them - like Mowgli - boasting the full potency of their Dolby Vision and Dolby Atmos enhancements. The Atmos allows for some fabulously immersive chases, with thunderous underfoot LFE-enhanced elephants, flames that lap across the array, and even a modicum of aerial action from the soaring birds. Dolby Vision, once again, delivers an extremely dark movie - with dominant sheer black night sequences that hold up exceptionally well but still appear to be more a Netflix style than a Dolby Vision style. Fires in the night stand up, shadow detail is tremendous, and the image is largely flawless, with some superior vibrant tones courtesy of the expansive palette, leaving sunsets across the vistas looking spectacular.

Although it was clearly a wise decision to delay the feature so it didn't go up against Disney's own production (even if The Lion King 4K will prove strikingly similar in story elements), this Serkis/Netflix offering gets points for being more faithful to Kipling's sometimes dark and often intoxicating jungle adventures, for some excellent mo-cap work, generally very good performances, and a more adult take. Despite the 12A rating, much younger kids are sure to enjoy this, with their parents' approval of course, however, that's likely another reason why this may not have had any legs at the cinema. Thankfully, it's much easier to patrol at home, leaving this a nice addition to the Christmas period watching list.