Because it's about the Locke family, who discover some mysterious keys so, Locke & Key, get it? 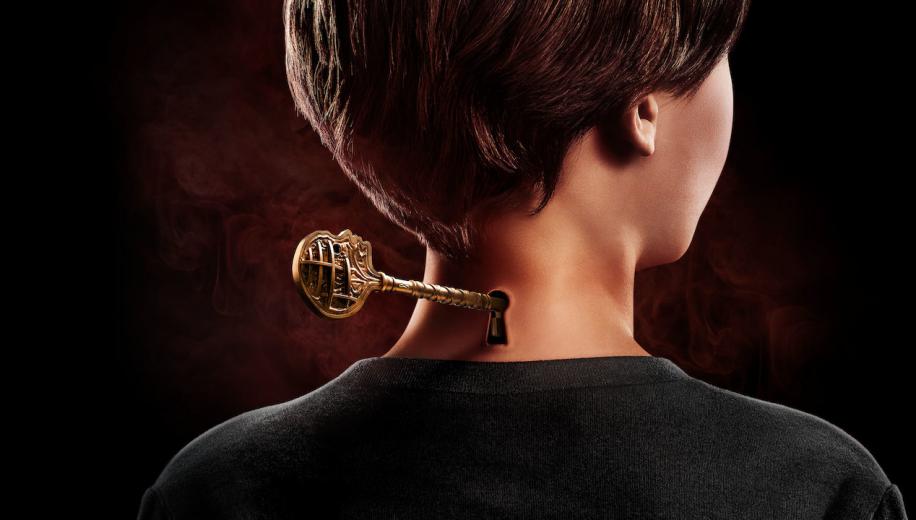 More of a Young Adult 'horror' in the vein of Netflix's Lost in Space, rather than Netflix's Haunting of Hill House, this graphic novel adaptation is slick with some nice ideas, but feels a little watered down and padded out nonetheless.

Netflix have decent form when it comes to both comic book adaptations and supernatural horror, surprising with the likes of everything from The Umbrella Academy to the Chilling Adventures of Sabrina, and pushing the boundaries to allow for something a little darker than the usual Young Adult fare, so it's a little disappointing that Locke & Key plays it quite so safe, when it had the potential to be just that little bit more substantial.

If you can make it 3-4 episodes in, there's more magic in store

The Locke family move to their old inherited mansion having suffered a tragic loss, but the teen children discover that it holds a number of mysterious keys which do more than just open doors, and that there is also a powerful woman looking for the keys, and prepared to do anything to get them.
﻿

Slow burning to the extreme, there's a preponderance of teen drama on offer in this new Netflix adaptation, using flashbacks to chart the tragedy that informs their current demeanour - the guilt that many of them hold over what happened echoes through their present lives. It falls upon the youngest of the kids (It's Jackson Robert Scott) to start unlocking the secrets of the house first, inadvertently letting loose a trapped soul who clearly has ulterior motives, and finding it difficult to convince his siblings of any of the strange happenings that he's experienced.

Laysla De Oliveira (recently in Netflix's adaptation of Stephen King's In the Tall Grass) whips up a reasonably seductive storm as the 'witch' in the mix, although her key gimmick has more than a little Matrix Reloaded to it, and only feels intermittently threatening (the subway push is a nice touch). There's so much untapped potential, but the narrative just takes too much time getting anywhere, leaving memory palaces and mystical prisons familiar ideas which really shouldn't take this long to explore.

If you can make it 3-4 episodes in, there's more magic in store, and whilst they don't exactly pick up the pace, as soon as everybody is on board with the crazy that's going on they at least don't have to waste as much time pretending their lives are 'normal'. It's lightweight fare, but it's been commissioned for a second season nonetheless, and one can only hope that they take it a little further next time out.
﻿