Way of the Dead 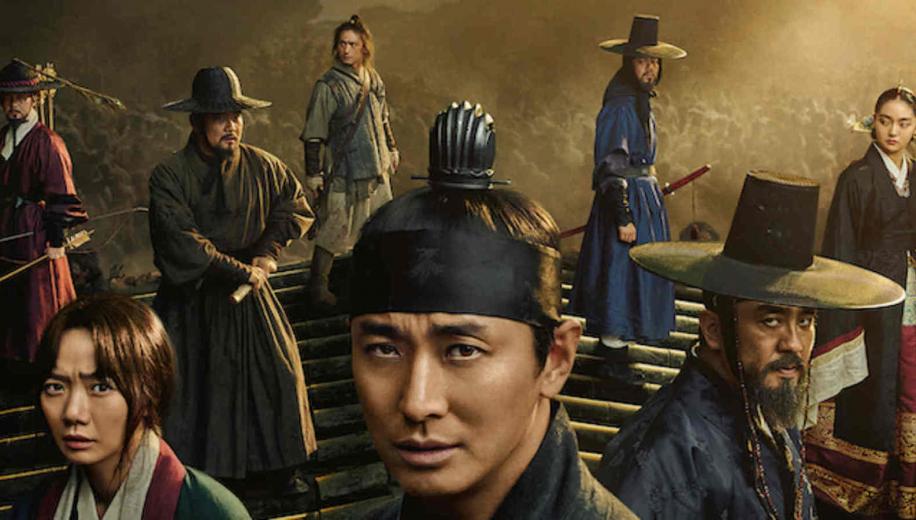 Netflix's gripping period zombie show returns for a highly anticipated second series which somehow manages to be even more intense.

Coming out of nowhere, this unprecedented Korean hit series almost single-handedly reinvigorated a genre which has been overburdened by a plethora of increasingly generic contemporary shows focusing on much the same scenario. Although the likes of Walking Dead et al are clearly compelling and have their fanbase, they have resulted in an over saturation not wholly unlike the days of a slew of different CSI shows, with numerous spin-offs and competitors all trying to take a bite out of the same undead cherry. Korea's Kingdom dared to do something strikingly different, painting an otherwise familiar tale of political machinations in period Asia - the medieval Joseon period to be exact - involving treacherous plots to usurp Kings, cunning conspirators and desperate attempts to take the throne from all angles, only here with zombies indelibly blended into the mix. It's genius.

The second season continues the story of Crown Prince Lee, who was sent on a mission to investigate a mysterious plague, when the reality is that that same plague had infected the highest echelons already - with the 'severely sick' King actually ground zero for a conspiracy involving a mysterious plant that is being used in an attempt to bring the dead back to life, with disastrous results. Desperate to reveal the truth and take his rightful place on the throne, Lee and a loyal band of followers are forced to not only contend with a staggering sea of undead assailants, but also more treacherous human antagonists who are also prepared to do whatever it takes to see that the truth is not revealed.

As if the end of season 1 wasn't tense enough, season 2 kick starts with a fabulously staged extended chase sequence which just hammers home the unstoppable nature of the undead swarm that are raining down on the protagonists. It's wonderfully intense, building in momentum as we're given the chance to think - more often than not - that there might be some way of staying one step ahead, only to have such hopes devastatingly crashed.

Kingdom is far from just slash-and-run in its approach though, enjoying epic confrontations with a staggering number of extras involved in the mayhem, but thankfully also more than prepared to back up the sound and fury with a superbly constructed plot which sees even more political conspiracies unfolding than in the first year. We already know how twisted the King's wife is, but the plans she comes up with this time out are devilishly clever, seeking to further weaponise the plague, single-handedly representing the Alien/Weyland Yutani component of this equation.

Sense8's Bae Doona continues to stand out, although young Kim Hye-jun's scheming young Queen is impressively Machiavellian, whilst Ju Ji-Hoon's Crown Prince is considerably more tolerable, having gotten used to him across the first year. Whilst not quite feature film in terms of slick production design, Kingdom does offer some occasionally impressive cinematography and certainly boasts an epic scale, doing what features like World War Z could do only with CG, except here with a proper cast of real extras bringing the undead horde to life.

As noted in the review of the first season, this one is easy to miss, but it's a relatively short and sweet production (the seasons are 6 episodes apiece, making binging eminently practicable) which comes highly recommended; amidst the best of what Netflix has to offer, and clearly - if this second year is anything to go by - just going from strength to strength.
﻿