Oblivion meets The Martian, albeit on a Netflix scale 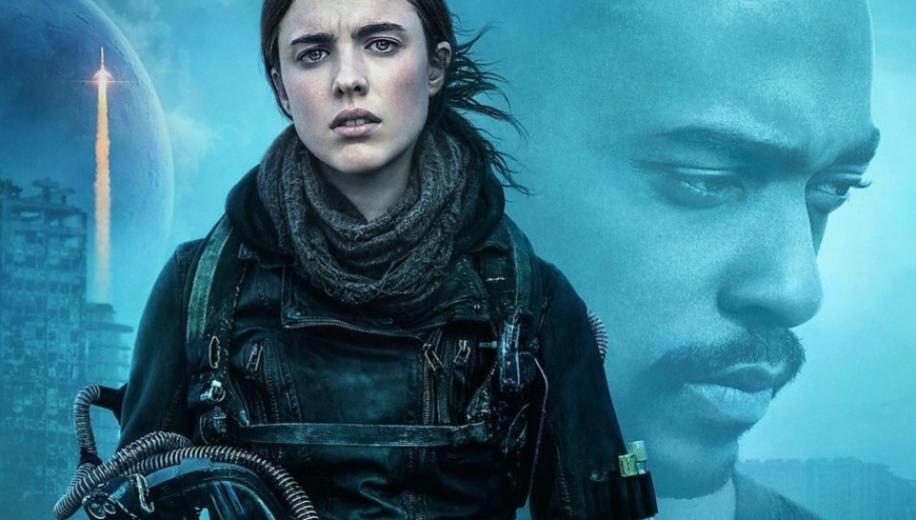 IO proves a nice if slight little sci-fi distraction, with its ostensible similarities to Oblivion and The Martian, albeit drawn on a Netflix scale.

Netflix has expanded out to include a wide range of genres, catering for all tastes, from the black and white Oscar contender, Roma, and the half-century-in-the-making Orson Welles feature The Other Side of the Wind; to Netflix's answer to A Quiet Place, the dystopic horror Bird Box and The Apostle, the cult horror from the director of The Raid; to action in The Night Comes for Us and Close, dark Disney-esque adventure in Mowgli: Legend of the Jungle and period historical battles in The Outlaw King.

Despite this mere snapshot of their wide range, the streaming behemoth still just about tends to favour features with a sci-fi angle, and perhaps even find their most reliable output within that broader genre, with the aforementioned Bird Box crossing into that territory; and post-apocalyptic themes furthered in How it Ends, Extinction and Cargo, and then, of course, one of their greatest catches in Alex Garland's Annihilation.


IO is content to play out its limited budget action-less events with a claustrophobic atmosphere and a little dramatic conflict to prevent it from becoming fatally inert.

IO, also known as Destination: IO (ironically this is still what the search comes up with on their App), and IO: Last on Earth in other territories - both understandable extensions (indeed the great little Connery sci-fi Outland was originally called IO until the filmmakers thought it may be confused with the number 10) - fits perfectly into Netflix's post-apocalyptic sci-fi mould.

It posits a loose premise not wholly unlike that in Oblivion, and plays out as a lighter version of the survival angst in The Martian, providing a decent - albeit far from exceptional - addition to their catalogue, content to play out its limited budget and utterly action-less events with a pleasantly claustrophobic atmosphere and a little dramatic conflict to prevent it from becoming fatally inert. As pollution finally corrodes the Earth's atmosphere and leaves the population slowly facing extinction, a desperate mission to reach for the stars is launched, with hundreds of spaceships launched to meet at Jupiter's moon, the titular Io. Sam Walden is a young scientist and possibly one of the very last humans on earth, waiting for the last shuttle launch before the planet is finally abandoned, and ready to join her across-the-other-side-of-the-world love, who is waiting to join her for the flight.

Nonetheless she hasn't given up on the planet, taking her portable oxygen supplies deep under the clouds of pollution and into the abandoned cities below, and testing for even the faintest traces of continuing life in these adverse conditions in the hopes that she can prove that humans can still adapt and survive the cataclysm, eventually finding conflict - at least within herself - when a stranger lands his hot air balloon in her camp and makes her question her hopes, dreams and plans.


A nice little addition to the Netflix sci-fi fold even if - in comparison to some of their recent better efforts - it feels like a marginal step backwards.

Netflix's IO is an undeniably slight feature, aiming high with its last-woman-on-earth premise, enjoying the post-apocalyptic footprints that the streaming giant has explored several times before, and giving you a genuine sense of dread as the oxygen runs out and the planet - via the central character - faces imminent death, but also running on thin ground with its ideas and ideals about survival and adaptation.

Newcomer filmmaker Clay Jeter wrote the story, and was intending to make it his first relatively high profile production, but instead equally new director Jonathan Helpert took over duties, and whilst he does a great job on the visual front - constructing a convincing cataclysm-ravaged environment of oppressive storms and toxic pollution - he doesn't appear to have as much connection with the material, playing out scenes which are clearly of material significance (the allusion of Io's etymology - the tortured Greek lover of Zeus, transformed into beast form and forced to roam the Earth being stung by a cursed insect until... well, you'll see what happens to her) with little panache. This wouldn't matter if the film was Oblivion or The Martian, but it isn't - it isn't an 'event' movie, and very little conventional action takes place, so the attention to the philosophical detailing is clearly of much more importance than Helpert affords it.

The flipside is in the welcome recasting, with originally cast Elle Fanning (The Neon Demon, Galveston) and Diego Luna (Rogue One) replaced by The Leftovers' Margaret Qualley (The Nice Guys) and Marvel's own Falcon, Anthony Mackie (Winter Soldier, Infinity War) to decent effect. Qualley seems like a much better choice for a convincing young scientist, whilst Mackie wears his demons suitably behind his more mysterious demeanour. They both do their best under the direction of a novice director who clearly isn't quite as familiar with it as perhaps the equally novice director who wrote it would have been, rounding out a nice little addition to the Netflix sci-fi fold even if - in comparison to some of their recent better efforts - it feels like a marginal step backwards.