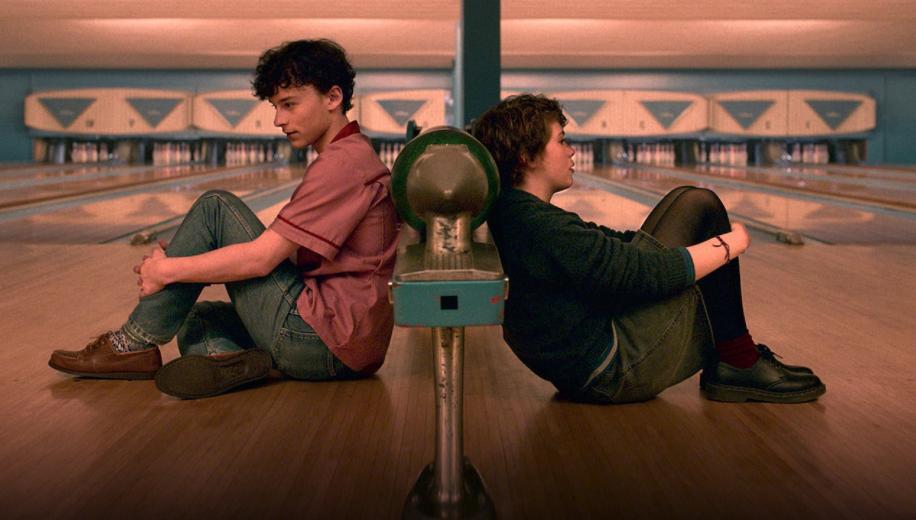 Netflix delivers another solid comic book adaptation in this lead vehicle for It's breakout star Sophia Lillis, revelling in adolescent angst wrapped up with burgeoning super-powers.

For all the complaints about the quality of their output, Netflix continue to find strength in sci-fi (Altered Carbon) and superheroes (The Umbrella Academy), happily playing with darker material than most and enjoying all the different twists on the material that are out there, finding a seemingly infinite well to tap, particularly in the numerous and diverse graphic novels out there which - with their pictorial format - have almost been designed for easy translation to the screen.

Produced by the same people who did Netflix's Stranger Things, you definitely get that same crossover love-for-the-80s, supernatural horror, vibe here

Their latest production adapts Charles Forsman's graphic novel of the same name, telling a coming-of-age drama with a twist, which sees fringe teen Sydney bitter with her place in the world - particularly after her father committed suicide - and all the more confused when she finds that anger makes her do strange things that she simply should not be capable of. Couple that with her feelings towards her best friend, and the feelings a new friend has towards her, and there are a lot of emotions running wild which could be dangerous for anybody around her.
﻿

﻿Really, I Am Not Ok with This is nothing more than 2020's answer to Carrie, albeit played out through a wittier - and subsequently lighter - Netflix filter. It hits all the same beats, holds much of the same underlying character design, tweaked here and there, but essentially the same. That it comes from a graphic novel is a moot point - the novel itself was clearly informed by King's classic tale and the De Palma vision of the same. Still, there's no denying that Netflix has taken this familiar but well-repainted framework and fashioned it into an effective micro-series - basically crafting what amounts to little more than a fairly lengthy movie (around 150 minutes) and splitting it into seven eminently bingeable bite-sized chunks that don't even all hit the 20 minute mark.

What really carries and distinguishes the production is Sophia Lillis, who was excellent in the recent adaptation of Stephen King's It, and who embraces the opportunity to headline her own show, offering something with a distinctly different flavour thanks to her hard-to-place protagonist. Ostensibly just another angry, angsty teen, Lillis gives palpable weight to a more atypical spin on this mould, organically handling the changes she is undergoing - both natural and supernatural.

One of their most easily digestible, pleasantly bingeable, shows yet

Reunited with fellow It star Wyatt Oleff, who is superb as the irrepressibly enthusiastic new friend she encounters, putting a happy face even on the physical abuse he's enduring behind the scenes, the two do well to distance themselves from their previous pairing, with Sofia Bryant a suitably spunky third to the group, and clearly another upcoming starlet to watch out for.

Produced by the same people who did Netflix's Stranger Things, you definitely get that same crossover love-for-the-80s, supernatural horror, vibe here. Even the colour palette appears the same, despite a contemporary setting, and fans of that show will probably be the ideal audience for this, even if it is eminently lighter.

Although it largely makes up for any perceived lack of depth with wittier, sometimes even more incisive dialogue, I Am Not Ok with This, at least in its debut season, is still somewhat insubstantial. The price for its bite-sized, micro-series format is an ending suggesting this is merely the beginning. In superhero origin terms, so often discussed within the episodes themselves, this is scarcely the opening chapter, barely moving beyond the realms of a teen with random, unchecked powers. It simply doesn't have the bandwidth to cover more ground, making this less Season 1 and more Chapter 1. If you're on board with that - easier given the knowledge that Netflix has almost never cancelled anything after just one season (not even the horrendous Another Life) - then this is one of their most easily digestible, pleasantly bingeable, shows yet.
﻿