Netflix's I Am Mother Movie Review 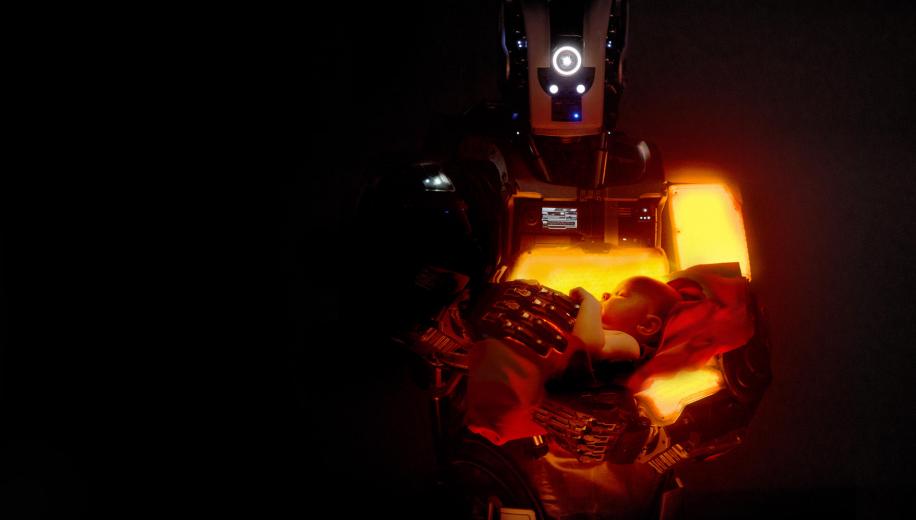 Netflix serves up a decent Friday-night-in with this tense, small-scale sci-fi thriller, which is far better than their similarly themed Tau and IO, hitting closer to the Ex Machina /Oblivion vibe they've been aiming for.

Having done the rounds on the Festival circuit, this independent Australian-American production is a win for Netflix; it's the kind of feature which might get unfairly disregarded when jostling with the big boys at the cinema, and would be left to fare far better through word of mouth (think: Prospect, Upgrade or Kin).

Although it aspires to be an Alex Garland Ex Machina / Annihilation gem, the debut effort from director Grant Sputore can't quite reach those lofty heights, but there's more than enough good intention here, definitely heading in the right direction and making the most of the claustrophobic environment and three-handed small-scale dynamic, with practical effects (the robot) winning out once again. It's another nice addition to justify what is easily the best value-for-money streaming subscription on the market.

Clara Rugaard's Daughter has been raised in a high tech underground bunker by a robot she calls Mother (voiced by Rose Byrne), who teaches her more than just her core subjects, attempting to have philosophical discussions with her that help her understand morality and utilitarianism, and protecting her from an outside world which is supposedly uninhabitable. The plan is to slowly but surely repopulate the human race, however, the sudden appearance of a wounded stranger (Hilary Swank) at the doors jeopardises everything, and calls into question everything that the teenager knows about her supposed Mother.

Another key to I Am Mother's success is its ability to maintain the mystery. Is the robot evil? Is the stranger trustworthy? Is the threat from without or really within? Slow burning its first act, it builds the three core characters but doesn't give away anything right the way through until its twisty final act reveals, sowing salvos of deception and misinformation, and - even come the end - seldom affording any black and white answers.

It's a small picture, and an initially limited scope, but high concept works just fine here, and director Sputore plays it for all it's worth, bringing pitch-perfect performances from its cast - Hilary Swank enjoying a meatier supporting role, whilst Rose Byrne does a solid job behind Mother's metal exterior, and you can watch newcomer Clara Rugaard evolving into a star right before your eyes over the course of the movie - and committing to the ominous mood, replete with brooding 80s scoring to underpin the film.

After Garland delivered Ex Machina, it became hard to hit that same high, but Netflix continues to try, and this is the closest they've come, injecting elements of 10 Cloverfield Lane's protection/captivity themes to Oblivion's 'Are the robots lying to us?' themes, stirring it all into one limited budget but still with effectively stylish production, game players and a satisfying payoff. What more could you want from a movie on a rainy Friday night in?