Bread and butter. Fish and chips. Bacon and eggs. Coffee and Kareem? 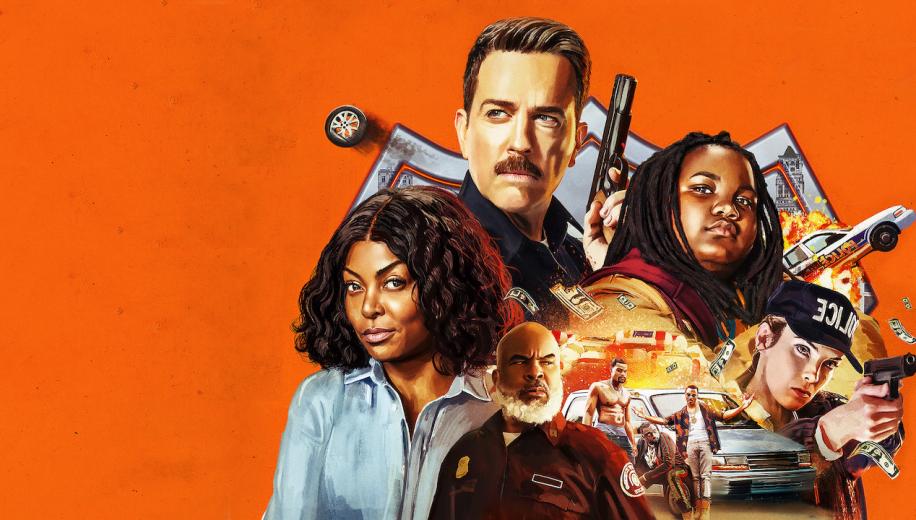 Netflix’s latest offering to beam into your quarantine castle pairs a potty-mouthed kid with a dowdy cop. Is it a buddy movie? Is it a cop comedy? Is it a kid's film? Who knows – but it comes together like chalk and cheese.

James Coffee (Ed Helms) is a dorky, awkward and altogether dud police officer. Coffee is dating Vanessa (Taraji P. Henson), and her son Kareem (Terrence Little Gardenhigh) is none too happy about it. Kareem decides to end the relationship once and for all, and turns – as you do – to local drug kingpin Orlando Johnson (RonReaco Lee) to kill Coffee.

Of course, it’s a time-honoured tradition for kids to loathe their parents’ new partners, but putting out a hit on them is, arguably, taking it a bit far. It’s a particularly rough call because Coffee recently let Orlando escape police custody and was demoted for it. As they do in comedies like this, one thing soon leads to another Kareem and Coffee are soon literally running for their lives

It seems as though wherever the filmmakers could find a dial marked ‘questionable content’, they turned it up to 11

The film’s main schtick is getting the 12-year-old Kareem to swear repeatedly and hurl graphic and incredibly un-PG insults at people. There are, however some laughs scattered haphazardly throughout the Shane Mack script if you look hard enough.

Coffee & Kareem’s big saving grace is the direction of Michael Dowse, who knows his way around a compelling action sequence. There are a few entertaining chase scenes and a neatly atmospheric finale to take in, but this is going to be – to say the least – a polarising one. There will be viewers who enjoy this as a mindless, joyfully “un-PC” comedic romp (for want of a better word), then there will be those who find the film’s bawdy content and endless odd choices a bit off-kilter.

Firstly, it’s never really clear who the target audience of this film is. Which, of course, is either a pro or con of Netflix, depending on whether you’re the parent or the child. On the surface it seems like it’s a slightly punchy kid’s film – it pairs a child with a cop, which isn’t a particularly new formula. But it’s absolutely chock full of things most parents wouldn’t particularly want their little darlings to be hearing. Equally, it’s not really got the drama or intrigue of lots of Netflix’s recent output, so it doesn’t really seem like it’s aimed at regular viewers, either. Then again, it is outrageous, raucous and not really like much else that’s been released in the last few years, so perhaps it’s the perfect diverting distraction during these crazy times. It seems as though wherever the filmmakers could find a dial marked ‘questionable content’, they turned it up to 11.

It’s a shame that so much of it comes off as needlessly vulgar and a bit hacky, because there’s definitely a really smart buddy film to be made about issues of race and violence – it’s just not this one

From the repeated use of racial stereotypes and homophobia as punchlines to Kareem’s delightful habit of yelling accusations of sexual molestation at adults, there’s no end to the scenes you wouldn’t want to watch with your parents (or potentially anyone) in the room with you. An example of how far the film goes to be provocative? Coffee takes wildly underage Kareem to a strip club, where an exceedingly loud shoot out takes place.

The jokes, some of which may well draw a genuine chuckle, couldn’t be accused of being terribly sophisticated, though they’re right up your street if you’d describe your taste in jokes as ‘extreme’. In fact, the most subtle thing about this film the pun in its title. This review is almost certainly taking what’s just intended to be a dumb, outrageous comedy too seriously, but here we are.

Coffee & Kareem doesn’t ever really attempt to go beyond the “let’s make a film about a white cop who’s less cool than a black child” premise, and the movie doesn’t have the smartness or the sharpness to use that concept – which might have potential in the right satirical hands – to make much more than a string of rude and violent jokes. It’s a shame that so much of it comes off as needlessly vulgar and a bit hacky, because there’s definitely a really smart buddy film to be made about issues of race and violence – it’s just not this one.

Helms is fine, Henson is good, Betty Gilpin (The Hunt, GLOW) as a gun-toting mega-cop is super, and while Gardenhigh gives it his all in a memorable performance, there’s no getting away from the fact that Kareem is just incredibly annoying. In the end, Coffee & Kareem definitely has a bitter aftertaste. Could have used a bit more sweetness.
﻿