Through a mirror, darkly 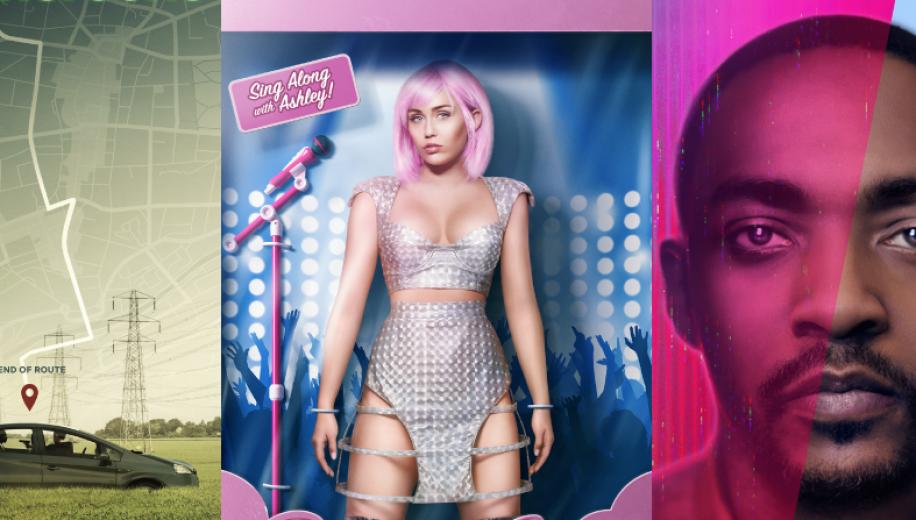 Black Mirror returns to mess with your mind, dropping a trio of brand new feature-length episodes boasting an all-star cast.

Seldom what you could possibly class as 'happy' viewing, Charlie Brooker's Black Mirror has almost always lived up to its name, all the way back to its early tales of political bestiality and the darker potential of surveillance technology, positing a somewhat bleak futurescape and frequently playing against the viewers' expectations. If you thought you were watching a sympathetic protagonist enduring an unending living nightmare, you're more often than not wrong, as a last minute flip will reveal that the hero or heroine is actually a convicted criminal or paedophile. But, since this is Black Mirror, even relatively minor 'offenders' can get 1,000 years of technological torture if it makes for a decently bleak stinger.

There have been exceptions to the rule, and some of Black Mirror's best non-bleak episodes (the best grim ones include the very first episode, National Anthem, the special, White Christmas; and possibly the best all-round episode in the superb USS Callister) include the wonderful love story San Junipero (and the lesser, but still well-meaning, Hang the DJ). Still, it's best to expect the worst outcome from this series, a point hammered home by their recent dip into interactive playability with the innovative special, Bandersnatch, which posited multiple outcomes, almost all of which were pretty equally depressing. Season 5 affords fans only three new chapters, but each is feature length, running at over an hour, and each taking you on wildly different journeys - unsurprisingly.

Striking Vipers, the opening episode, is the highlight. It introduces us to best friends Anthony Mackie (Falcon in Winter Soldier and the Avengers movies) and Yahya Abdul-Mateen II (Black Manta in Aquaman), who could easily while away a work night playing videotapes for hours until the sun came up. A decade later and a brand new VR game (featuring another Marvel/DC team-up with Guardians' Mantis - Pom Klementieff and Aquaman's Ludi Lin) offers them a whole world of new possibilities, some of which might change their lives forever.

The second episode, Smithereens, is a frustratingly slight effort, seeing Sherlock's Andrew Scott kidnap a young intern at a big company, so he can speak to the elusive founder, played by Topher Grace (Spider-Man 3, and recently Under the Silver Lake). The final episode, Rachel, Jack and Ashley Too, has Miley Cyrus's pop star Ashley-O release an interactive A.I. robot doll in the vein of Alexa and Siri which, filtered through the unsurprisingly twisted vision of Charlie Brooker, affects the lives of two teen siblings who lost their mother. First, the frustrating Smithereens is a contender for the worst Black Mirror episode of all time. Andrew Scott and Topher Grace are on fine form, doing the best that they can with the material, but the story is so utterly mundane that you wonder how it could ever carry the Black Mirror label. Plenty of previous episodes have done social media and technology so much better (Nosedive), whereas this just feels so... slight. It's also utterly incomprehensible that this could warrant an hour-plus of running time; perhaps in the days of the half-hour early seasons, it would be more excusable, but here there is just so much pointless filler, as bumbling cops try to get their shots (often providing jarring comedy elements) and big corporations turn their wheels slowly to allow access to their head honcho.


It's Striking Vipers that proves the best of the bunch

The final episode comes in second place, but only just. Rachel, Jack and Ashley Too is actually a very engaging diversion, with Brooker initially putting a suitably freaky spin on Alexa/Siri, as he basically finds an excuse to turn Miley Cyrus into an interactive kid's toy doll, before using his dark and twisted powers to further leave her trapped in said doll, making for a wild expletive-laden ride that's a little like Miley Cyrus does Ted/Short Circuit by way of Charlie Brooker. The darker ideas on offer skirt around notions of producer-controlled pop stars, and obviously take them to the extreme, but it's generally a more enjoyable romp than you'd normally get from Brooker and it's actually a lot of fun to watch an angry mini-Miley Cyrus in action.

It's Striking Vipers that proves the best of the bunch, however, positing interesting - and somewhat complex - ideas about everything from VR to pornography, sexuality to sex, and lust to love, blurring the lines across all of the camps and twisting all of the elements in a nicely original way. Of course, it should be no real surprise to find that Vipers was helmed by the director behind San Junipero, Owen Harris.

Overall, this can't quite compete with previous seasons of Black Mirror, limited by the smaller number of episodes (really Bandersnatch should be included in the lineup, because that was the original intention before it was split off), boasting a couple a good episodes but really nothing that is quite as standout as San Junipero or USS Callister, and unfortunately a clunker of a 70-minute filler middle episode which really has no place here in an already-shortened series bearing the Charlie Brooker's Black Mirror label. Still, it's impressive that they keep coming up with original, dark and twisted sci-fi twinged narratives, and Black Mirror still delivers uncompromisingly bleak modern day Twilight Zone-esque outings better than most. Worth checking out.