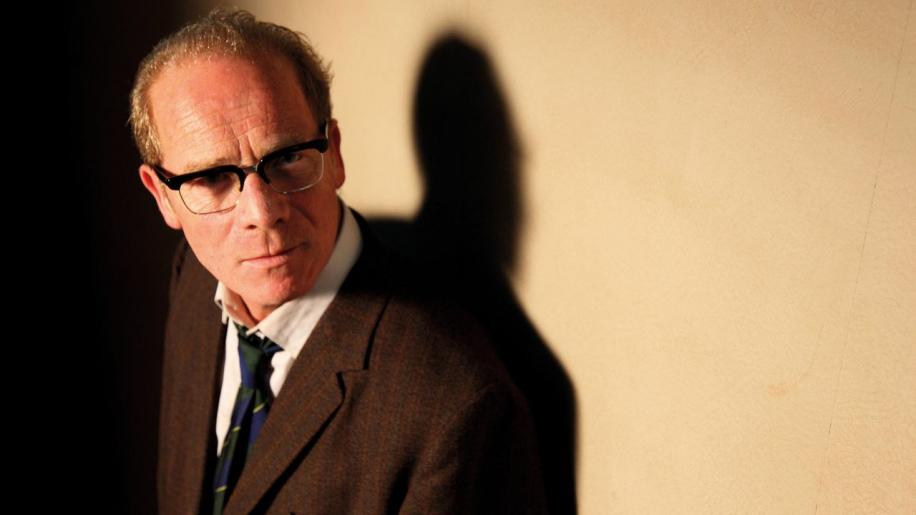 If you’re suffering from a surfeit of superheroes, or hurling after a handful of Hollywood hotshot movies – maybe it’s time to take a look at something fresh, home grown and gritty that doesn’t rely on burning a big budget to deliver the goods. Take the recent picture ‘NEDS’, for instance, directed by Scottish actor turned director Peter Mullan and out now on Region B locked Blu-ray. For those currently struggling with acne, NEDS is an old acronym that stands for Non Educated Delinquents – a term you don’t hear a lot these days although the thugs it refers to are still very much in existence.

Set in 1970’s Glasgow, the film introduces us to baby faced young John McGill (played in the early part of the movie by Gregg Forrest) who’s the brightest kid in his class at Primary school, but about to move on to Secondary School. Just after prize giving he’s threatened by a hooded ‘big boy’ who calls him a swot and tells him he’ll be waiting to give him a good kicking on his first day at the Big School. This took me back to my schooldays in Scotland as it was a ritual that seemed to await almost everyone on their first day. Fortunately, by then I’d worked out exactly where to kick an assailant to take their breath away, so after the first ‘heid banger’ was left gasping on the pavement I wasn’t troubled any further. There were many such memories triggered for me by ‘NEDS’.

Due to the fact that John has an older brother, Benny (Joe Szula), a troublemaker at school and now a legend among his peers, our clever young hero is disgusted to discover that he has been relegated to the ‘b’ class instead of the ‘a’ class more befitting of his intellect. He elects to take it up with the Headmaster who informs him that if he can provide a full term of good behaviour, he’ll be transferred to the ‘a’ class. Again, my memory was jogged as I recalled the importance of being put in the right class at school.

John’s (now played by Conor McCarron) attitude begins to change when the somewhat well off mother of a friend decides that he’s not of the right social class to hang around with her son, Julian- so he joins up with a gang of ne’er-do-wells who inhabit the local park, drinking alcohol and smoking on the merry-go-round.

There’s a hilarious scene where, upon arriving late one day at school, John is accosted by a Deputy Head Teacher and dealt the man’s carefully rehearsed humiliation routine which involves the offer of a piggyback carry to the classroom as he is claimed to be looking exhausted. Again, memories came flooding back to me of teachers who had such a fine line in sarcasm that it just had to be practised in front of a mirror.

The comedy continues when, with the holidays approaching, his teacher suggests John takes part in a Summer school run by a friend – which should keep him out of trouble. The scene as ‘Wee Malky’ attempts to teach the game of Baseball to a group of unenthusiastic malingerers and misfits is very well observed. An extended version of this scene is in the Bonus material and it’s a real pant.

Back at school, John accidentally joins the knife culture (while attempting to evade a fight in the toilets) which leads to him later taking part in gang fights along with his big brother. John’s home life has not been great and we meet his unstable, alcoholic father (played by director Peter Mullan) who has a tendency towards violence and regularly comes home hurling abuse up the stairs at his long suffering wife. On one occasion, it becomes too much and John beats up his own father using unrestrained violence. This is quite shocking, but you’re on John’s side as his father’s behaviour towards his mother has been so unacceptable. John leaves home and sleeps rough, although he eventually returns to school and is put in a remedial class – which simply causes even greater resentment and we see the intelligent young prize winning student become a NED.

On a Field Trip to a local Safari Park, when the minibus breaks down and the Teacher and driver attempt to fix it, a ‘White Hunter’ arrives in a Landrover.

White Hunter: What do ye think yer doin? There’s Lions all around here.

Those with sharp eyes will have noticed the use of the Glaswegian dialect in the above dialogue. Those who hail from the Home Counties may have a spot of trouble tuning in their ears to this, but it reflects real life and it’s all delivered in a convincing manner. Without being facetious, they may find the English subtitles helpful here. I would also raise a word of warning to people who do not like the use of strong language. As the movie reflects teenage life, there is rather a lot of it. This is no ‘Gregory’s Girl’. The film has an 18 certificate for this very reason. It’ll be interesting to see how the expletives are translated in the subtitles.

Newcomer Conor McCarron turns in an amazing performance as the teenage John, making us believe that the baby faced youngster is a victim of circumstances. He starts out as an innocent but through external influences ends up as a knife wielding thug. We see at various stages that, although he is involved in violent acts, he’s trying to make sense of it all. In the final scene, we see that some basic goodness still exists in his soul and that there may be hope for him yet. This young actor plays the dramatic moments well and his comic timing is also excellent. I should think we’ll be seeing more of him on screen in the near future.

Director Peter Mullan (‘The Magdalene Sisters’) brings to the screen a gritty realism that drags you into the story. There are so many recognizable characters here, played by a cast of largely unknowns so we are able to focus on the narrative rather than star spotting. The film is not a depressing tale, but one infused with Glasgow humour that is portrayed in a convincing ‘un-actor’ like manner. With regard to the violence and strong language, it’s very authentic but none of it is gratuitous. It’s part of life. Although realistic, the movie does not play out like a documentary or attempt to batter us over the head with a message. If you had to label it, you could call it a ‘coming of age’ drama but with infectious humour throughout. If you’re not easily offended, take a look at ‘NEDS’ and you’ll see Peter Mullan in a whole new light.