Nausicaä of the Valley of the Wind Movie Review 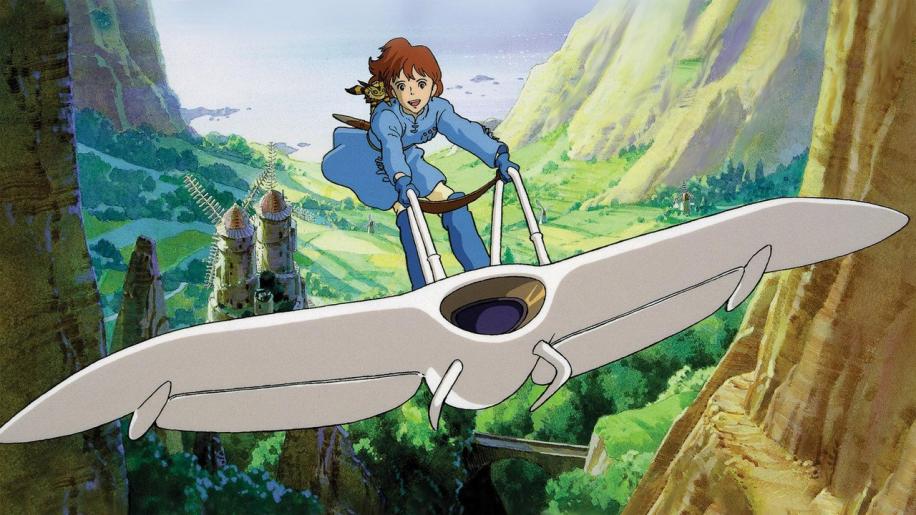 Nausicaä of the Valley of the Wind Movie (1984)

Written and directed by Hayao Miyazaki, Nausicaa Of The Valley Of Wind is set some one thousand years after the collapse of industrial civilisation and humans have almost destroyed the Earth during an apocalyptic war known as the “Seven Days Of Fire”. The story revolves around the adventures of a young Princess, named Nausicaa, whose home (Valley of the Wind) sits perilously close to the Sea of Decay - a huge toxic swamp that covers the Earth. When her home village is attacked by the Tolmerians in an attempt to gain world power it becomes Nausicaa's task to prevent the annihilation of the Earth itself.

If you like stories to be grand in scale and don't mind the odd clichéd character then I'm sure you will enjoy Nausicaa Of The Valley Of Wind. Moral issues are tackled head on - abuse our planet and we only harm ourselves seems to be the overriding message. I think it is fitting that Nausicaa is a young girl whose only real power is her empathy with nature's creatures. We are given an early insight into our heroine's character when she manages to swiftly calm an angry Ohm (a huge multi-eyed slug like insect) and again, when she is bitten on the finger by a young fox squirrel; Nausicaa doesn't react quite as expected, but appreciates that the small creature's behaviour is motivated by fear and quickly wins the animal's trust. I can see why this title is regarded as a modern classic - it is multi-layered and would probably require multiple viewings to fully appreciate. Look beneath the cutesy animation and there are real issues being addressed and although it's a little too clichéd for my taste I do appreciate why Hayao Miyazaki's - Nausicaa Of The Valley Of Wind is held in such high regard.