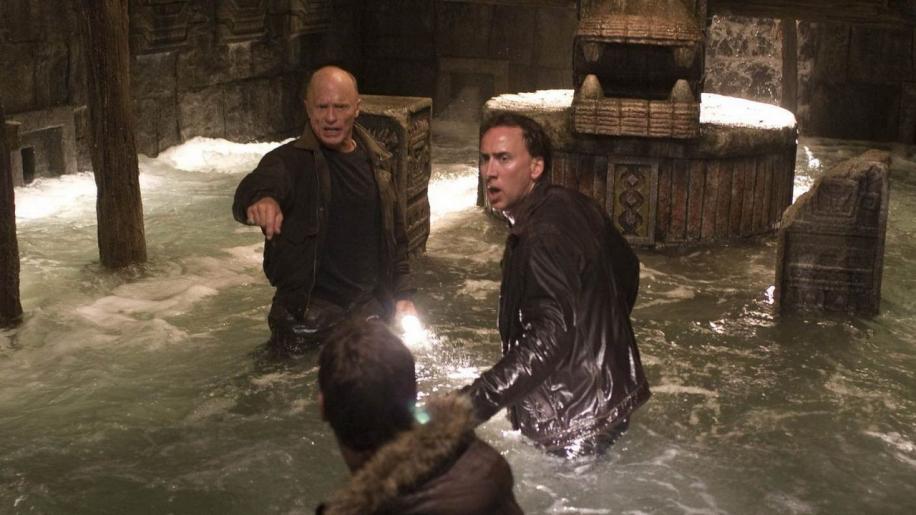 I find it amusing how some actors avoid sequels for the majority of their career, eschew getting caught up in a franchise, only to submit during their less productive years and do sequels to some of their less worthy projects. Sure, it's all about the money, but both Analyze That and Meet the Fockers were one step too far for DeNiro, and even Clooney and Pitt should have chosen a better script for Ocean's 12, which represented the first sequel that either of them had partaken in. I think that it was a bit of a sell-out for the enigmatic, energetic Nic Cage to choose to do National Treasure in the first place, and the end result was vacuous fun but utterly forgettable. I have no idea why he chose to reprise the role for a sequel. Hang on, I do know why - for the money.

Well kind of a lot has happened since Benjamin Franklin Gates recovered the Declaration of Independence and discovered the lost treasure hidden by the Knights Templar. Although still rich from the reward, his relationship with Abi - who helped him on that escapade - has broken down and he is busying himself on the lecture circuit with his fellow treasure-hunter father. But when a mysterious stranger publicly discloses evidence that purportedly incriminates Gates' great grandfather as being involved in the assassination of Abraham Lincoln, the race is on for Ben to clear his family name.

Whilst being fractionally more personal than the previous story, National Treasure 2's plot follows almost exactly the same route as the original - i.e. some initial revelation about an encryption on the back of a document that is almost impossible to get your hands on, with Gates having to enlist the reluctant help of Abi, under the sceptical but watchful eye of his mentor father and with the tech help of his buddy Riley, all the while being investigated by the persistent but smart FBI Agent Sadusky. Over the course of the movie, Gates must win over Abi, persuade the FBI that what he is doing is “for the good of the people” and, of course, follow the clues and break the puzzles all the way to the hidden secret at the end (normally some kind of treasure). And considering that the first movie did not exactly have any memorable set-pieces or scenes (this one has grander scenes, but again none particularly memorable), you could easily interchange the respective elements of each movie (practically scene-for-scene) and create much the same shallow, vaguely entertaining affair. It's a by-the-numbers production, lacking any real originality, and this is a distinct Saturday-afternoon-family-film, another poor man's Indy rip-off, only this time a sequel to an Indy rip-off - which is even worse news.

Nicolas Cage plays Ben Gates in exactly the same restrained way as first time out, having a few engaging puzzle-solving moments (and one cringe-worthy 'making a scene' scene) but generally sleepwalking his way through a phoned-in performance. Both Diane Kruger and Justin Bartha return as his love interest/sidekick, respectively, along with Harvey Keitel - who shamefully should clearly find something better to do with his time - reprising his role as the FBI Agent on their case. Ditto for Jon Voight, although a few of his scenes with Helen Mirren are amusing. Even Ed Harris, who is always good as the mysterious stranger - a la History of Violence - seems a bit wasted and suffocated in this weak PG debacle.

Is there a plus side? Well, when all is said and done, if you liked National Treasure then you will probably like the sequel even more - it sticks to the same formula, has all the same people involved and performs all the same tricks, only with a bigger budget and, arguably, to marginally better effect. Unfortunately I found the first movie utterly forgettable, and barely forgivable for all those involved, so making a sequel to such a production is something of a crime. The fact that it is slightly better than an already very weak first outing is neither here nor there.