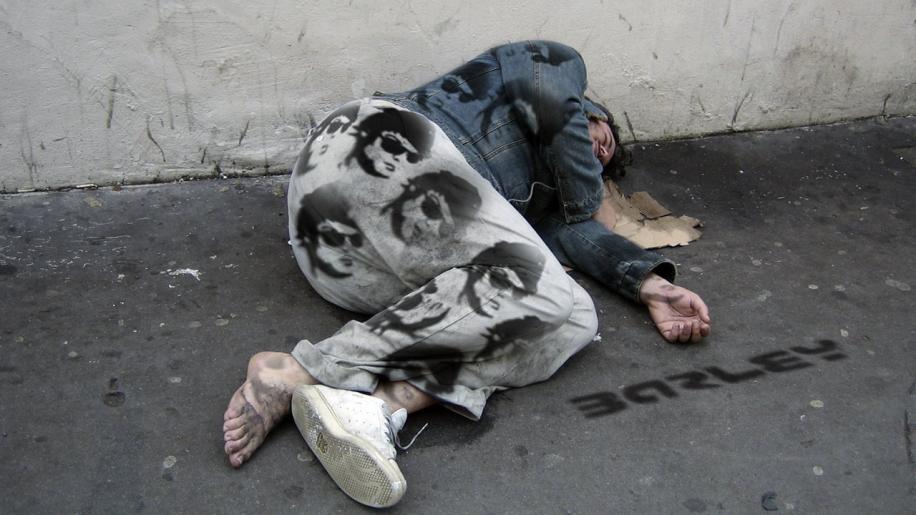 Nathan Barley is presented in a pretty solid 1.78:1 aspect ratio anamorphically enhanced widescreen transfer. The detail is good, with little softness and negligible grain (except for during the hand-held shots). There are no obvious signs of edge enhancement or other digital artifacting and the colour scheme is one of the broadest I have ever seen for a British television production. The palette is represented well up to and including the solid blacks that provide for decent shadowing. Unfortunately all we get in the way of a soundtrack is a mere Dolby Digital 2.0 effort that simply cannot - despite all of its power - match the directionality and all-encompassing nature of a solid 5.1 track. Still, the dialogue is ever clear, the music provided by myriad sources - from Nathan's ridiculous ringtones and terrible mixing to the musical interludes where some manic craziness is going on. It all sounds good, but the lack of bass, directionality and generally limited vibrancy - due to the restrictions of the array - simply cannot be missed. The first thing to note is the menu which is totally in line with what you would expect from Chris Morris, with Nathan Barley stomping around the streets yelling at passers-by. In the way of extras, we first get a forty-five minute pilot episode, labelled 'untransmittable' and when you watch it you can see why. Just about all of the good bits across the season are crammed into this single pilot, from 15Peter20's gallery show (with more explicit photos) to Dan's new 'hairstyle' that influences Nathan to his amusing detriment. The characters are slightly different as well, with Dan being much darker and more malicious. It is easy to see why the studios would lap this up and want to turn it into a series but you can also see why it was not released in its original state.

Under the 'Sounds' section of the Extras menu we get a redubbed version of episode five (the one where Dan gets involved in the 'stray scene' and Nathan falls for a cocaine-addicted teenage girl). Dan, Nathan and the coked-up Mandy all have their voices changed, with Nathan coming across as ludicrously posh and Dan sounding slightly Welsh. It is an amusing variation, done so well that you can barely tell that it is dubbed over. Well worth a watch. Then we get two sound-only excerpts from Trashbat FM, where Nathan and his friends (including the hapless Toby and a bunch of the workers at Sugarape) continue their adventures over the airwaves. Nathan uncomfortably harasses Toby's mum during the first six-minute segment and then we get a further four minutes of them all getting wasted on cannabis and enticing Toby to try it, with amusing results.

In the Visual section there are six deleted scenes from the whole series, although most of them are mere slight extensions of the scenes in the final cut. We get more of Dan's hilarious interview with the Weekend on Sunday, the full version of the interview with Rockey, who reveals how John Lennon crashed through his living room floor, an even more extreme version of Nathan's purportedly underage oral experience and a little more with editor Jonatton Yeah?. They are mostly funny if not altogether new and are all worth watching once. We also get a stills gallery that plays as a six-minute slideshow and basically consists of mock advertising guff, most of which is featured in the episodes themselves, along with a few character stills. There are about seventy shots, highlights including Nathan using shopping trolleys to rollerblade and Nathan's face superimposed onto various pictures of celebrities and notable locations. Then there is a text archive of the origins of Nathan Barley (as a mock column on the TV Go Home website) giving several dozen pages of the original concepts that led to the creation of the character and the show. They are all absolutely hilarious and this is definitely a hidden gem and well worth a read. Finally in the video section there are six trailers, one for each of the episodes. They range from thirty to forty-five seconds in length and are superbly done, capturing the spirit of each episode by either showing a single scene or just giving clips of the best bits. Nathan Barley the latest superb creation from the genius that is Chris Morris. Fans of anything from The Office to Monty Python are likely to find much amusement in this bitingly funny satirical look at the media. The disc itself has decent visual presentation and reasonable audio, despite its limited format, but the highlight has got to be the extras section - with just about everything you could possibly want from this show (apart from a commentary). If you haven't seen this show then you should pick it up but if you have caught it on TV and found that you like it then this disc provides most everything you would want from a DVD release.