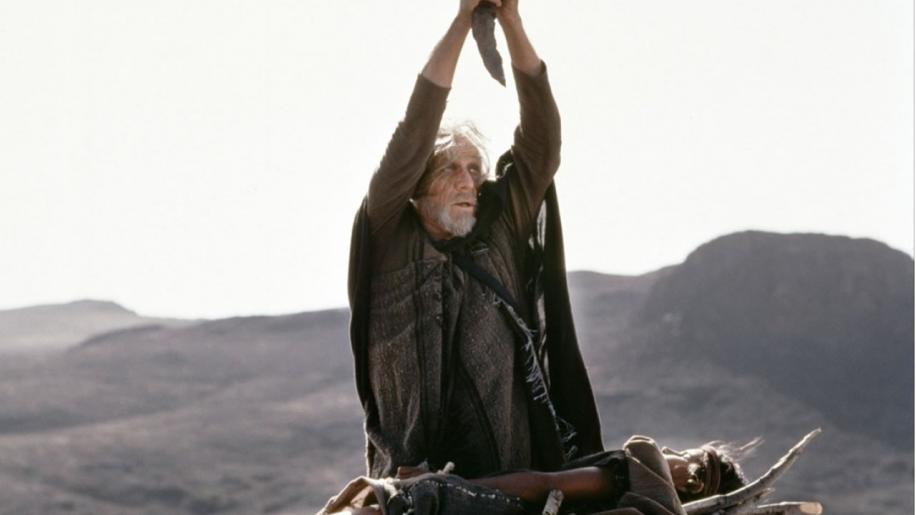 I think that, recently, TV has better captured the spirit of historical leaders than Hollywood. In particular, this has been the case in the UK, with excellent productions of Henry VIII and Charles II both proving far more interesting affairs than some big-budget glossy epics. You see, whilst films like Troy and Alexander had the money and the scale, they were just not long enough to accurately convey the truth, nor structured enough to sustain the interest of 'easy viewers'. A ten-part TV series following Alexander would have much better conveyed his mission and the grandness of his ideals, whilst giving his life enough detail to fully include the viewer in his path to conquering half the globe. Instead we get a poorly-edited, badly acted (mainly because making the Macedonians all Irish was ridiculous) incoherent story that ends up being a big waste of time. And Troy, well, don't even get me started on Troy. Troy killed off its only decent character halfway through the duration and took the film with it.

Napoleon is a historical figure who has already been visited more than once by Hollywood, having been played by Marlon Brando in Desireé and Rod Steiger in Waterloo, but even in spite of historical epics being flavour of the last few years, it was unlikely that Hollywood - given the current political climate - would turn its hand towards a movie about a French war hero. So Europe itself had to fund this production and, whilst only a mini-series, it turned out to be one of the most expensive European TV series ever made, costing the equivalent of nearly fifty million U.S. Dollars to make. Luckily for viewers, what this means is that we get the best of both worlds: a movie-quality production, but one which has the length to tell a much bigger story than you could ever fit on the Big screen. 100 different locations in 8 different countries with several thousand costumes made, or so it says on the box.

This dramatisation charts Napoleon's rise from General to Emperor of France and how he dealt the final blow to the monarchy with his integral participation in the Revolution. It also covers his many confrontations on the battlefield, ranging from his early battles against the Austrians, in Italy, to his epic battles in Germany and Russia, and of course with Nelson and, finally, Waterloo. He single-handedly wrote the detailed system known as the Napoleonic Code and the story depicts his many good points - he was renowned for his excellence as a tactician, and his leadership - always in the front line, courageously leading his troops into action; but also it looks at his faults. After all, his faults were what made him human.

Both his personal and political lives are examined in great detail. We follow his passionate but tumultuous marriage to Josephine, the widower, his mistresses and his involvement with Countess Marie in Poland. At the same time we watch the man age, become more proud and arrogant (if that was possible) - eventually somewhat megalomaniacal - as he tries to conquer Europe and then Russia. Even surrounded by friends and family, his Alexander-like dreams cannot be tempered and they could only lead to his downfall. It is a momentous tale, showcasing a time when France was at its most powerful, and it has finally been given the treatment it deserves.

The cast is stellar. That is, apart from perhaps Christian Clavier as Napoleon. Sure, some might recognise him, but for all the wrong reasons - as Asterix or in the French comedy, Les Visiteurs. Here, he initially seems thoroughly out of place. His accent is reminiscent of Peter Sellers'mocking lilt as Inspector Clouseau in the Pink Panther comedies - so much so that you find yourself either laughing at his pronunciation or straining to understand it. That said, an hour into the show and I found myself more forgiving, although it was still occasionally difficult to understand. I just don't understand why they made it so hard - if they wanted it to be so authentic why not film it in French? Most of the cast are French, and would therefore speak it much better than English, so I do not understand the choice. Sure, it makes it far more marketable - which is probably the answer - but it is the one big blemish in an otherwise glorious production. And it is a shame, because it affects the central character - the man who this is all about. Still, Clavier isn't physically a bad Napoleon, and he certainly conveys all of the changing moods and mindsets of the master leader and tactician with suitable aplomb. He is also ably assisted by a myriad entourage of colourful stalwart actors. Josephine is played by Isabella Rossellini (Blue Velvet, Wyatt Earp) who, in some shots, is truly reminiscent of her mother, the beautiful Ingrid Bergman. She is a classy actress, but perhaps a tiny bit too old for the role. Still, for the most part, soft shots, beautiful dresses and the correct angle help you suspend disbelief. John Malkovich (In The Line Of Fire, Dangerous Liasons) plays the mysterious and wily political instrument, Talleyrand, with his trademark guilded wit and panache. The great Gérard Depardieu (The Count of Monte Cristo, Police) plays the suspicious Minister of Police, Fouchet, with a darker side than most of his recent roles and he even brings his son, Guillame along for a role in the film. There are smaller parts for Julian Sands (Arachnophobia) and Toby Stephens (Band of Brothers) to round off this cast, but the real surprise is the relatively unknown actress Alexandra Maria Lara as the Polish Countess, easily the most captivating of any of the female leads - and ideally chosen for this part, where she steals Napoleon's heart. It is a solid cast - apart from perhaps the lead - and a decent production which accurately depicts the decades of Napoleon's efforts, neither skimping on the battle scenes nor avoiding the substance and characterisation. If you can stomach Clavier's accent, I would highly recommend this historical mini-series.