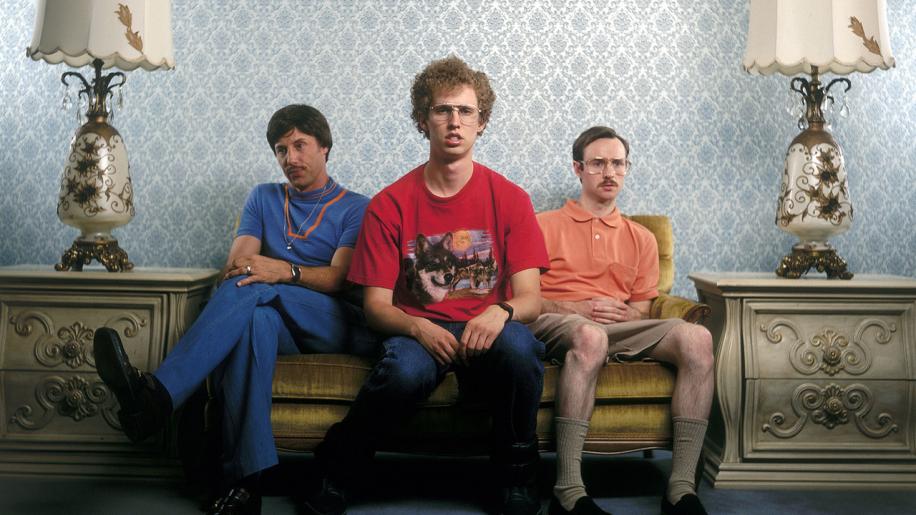 Unlike most teen based comedies that are released on an almost monthly basis in Hollywood, Napoleon Dynamite has no toilet humour, bad language or sexual innuendos. The film is more of a sweet and inoffensive observation of teenage geek Napoleon Dynamite and his struggle with modern day life. Add to this hollow plot lined movie some of the strangest supporting characters you can think off and you have the entire film worked out. What makes this story charming is the underlying humanity of each and every character, even though the embarrassment levels usually have you squirming uncomfortably.

Napoleon is a geek complete with his fantasy t-shirt prints, curly orange hair and running style where his arms are never raised. He has a soft spot for local girl Debs who sells door to door fashion goods to raise money for college and his only friend Pedro is making a move on his girl for the dance. Meanwhile his 32 year old nerd brother Kip is about to meet the woman he has been chatting to online and Uncle Rico, an '80s loser, has to look after the boys when Grandma is injured quad biking. All sound strange to you? Well the reality of the film is even stranger.Dynamite is not for everyone, I found it hard going on first viewing. But this movie does have an audience as the box office receipts clearly show this $400,000 movie returning around $50m. The plot is non-existent, the film consists of small sketches sewn together, which at times are painfully funny and at others a little boring. I would suggest a rental for most before any purchase, you will either love it or hate it.