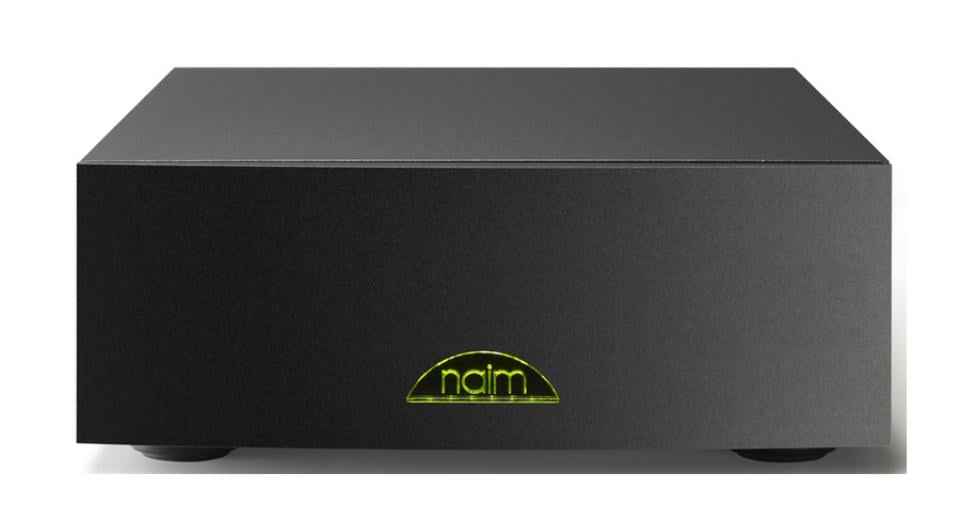 The A/V world can be a fairly dynamic one but, if we're being honest, it tends to be the video side that develops faster and even when there are audio developments there's often a video aspect to it such as multi-channel soundtracks. However, if the AV world always seems to be in a hurry, then the Hi-Fi world tends to move at a far more leisurely pace, you might even call it glacial. That's not to say that developments don't happen and there have been some seismic changes in the way people listen to music over the last few years but in a world where enthusiasts still use turntables and valve amplifiers, don't expect anything new to be embraced in a hurry. Then again, when it comes to two-channel stereo is there any need to change things, after all if it ain't broke and all that.

Aside from the speaker manufacturers, who appear to be working their way through the periodic table in the pursuit of ever more exotic materials, the rest of the Hi-Fi world seems perfectly happy where it is. Which brings us to Naim's new NAP 100 which is a good old fashioned two-channel power amplifier, offering a classic combination of fidelity and quality. After recently reviewing a number of A/V receivers with so many features that their manuals could give War & Peace as run for its money, we were happy to embrace the relative simplicity of the NAP 100. So in combination with Naim's new DAC-V1 digital-to-analogue converter, we sat back and prepared for an extended period of two-channel listening that was, frankly, well overdue.

The NAP 100 is part of Naim's 'Classic' range and provides an entry-level two-channel power amplifier option or at least it's entry-level as far as the British manufacturer is concerned. Of course, being a Naim product it sports their traditional black power-coated finish and weapon's grade construction. The compact non-magnetic low-resonance chassis and sleeve have a pleasingly solid and well made feel to them that immediately sets the NAP 100 out as a classy performer. Since this is a Naim product, the NAP100 is designed and built in Britain and it uses audiophile grade components that are individually selected and hand-mounted and then fully tested and optimised - all of which helps to justify the price tag.

Despite the well engineered build, the power amplifier remains compact in its appearance and is clearly designed to be used in conjunction with Naim's new DAC-V1 digital-to-analogue converter. The actual dimensions are 87 x 207 x 314mm (HxWxD) and for such a relatively small amplifier it weighs a substantial 5.6kg. The reason the NAP 100 weighs more than a depleted uranium shell is that the linear power supply includes a sizeable toroidal transformer inside the compact exterior. The NAP 100 is a discrete transistor power amplifier that uses a dual mono design based on the circuit topology found in Naim's SuperUniti all-in-one player. As a result the NAP 100 can delver 50 watts per channel into 8 Ohms and 75 watts per channel into 4 Ohms.

At the rear of the NAP 100 there are the left and right speaker connections that are designed purely for 4mm plugs. There are no standard speaker terminals but Naim do supply custom block plugs for bare wire connections. There are RCA left and right inputs sockets, as well as a DIN connector input, and the NAP 100 comes with a dedicated DIN cable for connecting the amplifier to similarly specified equipment. The inclusion of a DIN connector is meant to isolate the amplifier stages from any external vibrations. It's worth pointing out that the DIN and RCA input sockets are connected in parallel and thus they should not be used simultaneously. Also at the rear is the three-pin mains input and fuse, along with a power switch.

When setting up the NAP 100, it is recommended that you install it on a dedicated equipment stand that's intended for the purpose and make sure it's in its final location before connecting any cables or switching it on. It is also important to make sure that the location of the NAP 100 allows for adequate ventilation. Once correctly positioned, switch on the source and preamplifier components, with the volume turned down, before switching on the NAP 100 with the power switch at the rear. For the purposes of this review we connected the NAP 100 to Naim's new DAC-V1 digital-to-analogur converter using the supplied DIN inter-connect. A stereo set of speaker connection sockets is provided on the rear panel of the NAP 100 and a pair of custom Naim loudspeaker connectors are supplied to make the connection. Naim stress that in order to comply with current European safety regulations these should always be used. In evaluating the performance of both the DAC-V1 and NAP 100m, we used a pair of Guru Junior speakers, a review of which can be found here.

Unlike so many other manufacturers, Naim are clearly honest when it comes to listing their power specifications for the NAP 100 and whilst 50 watts might not sound like much in this age of inflated claims and fiddled numbers, it more than does the job. In fact for the kind of system and listening the NAP 100 is designed for, the available 50 watts is just right, allowing you to go loud with out distorting and driving the Guru Juniors with ease. In fact we found the NAP 100 a valuable reminder that when correctly implemented, a sensible 50 watts is more than sufficient for our needs and we found ourselves wondering how some of the manufacturers are actually coming up with the claimed power numbers. Of course the fact that the NAP 100 is a class A/B amplifier also helps, delivering plenty of low end grunt and a remarkable amount of bass depth. The NAP 100 certainly had no problems driving the nimble and very responsive Guru Juniors and the combination of the two resulted in a sound that was both detailed and precise, without ever becoming clinical. There was a lovely sense of richness to the sound produced by the NAP 100 and a full-bodied performance that brought out the best from our decidedly eclectic music collection. The NAP 100 and Guru Junior combination was able to create a sense of impact and urgency that made music sound exciting whilst also retaining a genuine sense of realism. Whilst the NAP 100 is clearly designed to be partnered with Naim's DAC-V1 and we did review it in that configuration, it's worth pointing out that this little power amplifier is a fantastic performer in its own right. Yes it's true that when combined with the DAC-V1 it produced some of the best sounding audio we've heard in a long time but it will also benefit any other source you choose to connect it to.

However, with the combination of the DAC-V1 and the Guru Juniors we found the NAP 100 really delivered the goods, proving itself to be a highly capable power amplifier that could punch well above its perceived weight. As we worked our way through our collection of music the NAP 100 surprised us again and again, deliver a sound that was crisp and clean without ever sounding harsh. It handled the high notes and piano on Kate Bush's This Woman's Work with ease but was also able to deliver Nice Cave's growling vocals on O Children just as effectively. For those that prefer their music a bit rockier, the NAP 100 had no trouble giving AC/DC's Back in Black all the impact we would expect and the bass had real depth. When it came orchestral arrangements, such as Suede's Still Life, the NAP 100 was able to deliver an open soundstage with some excellent localisation, building to a room filling crescendo. There's no denying the NAP 100 is a class act, delivering a flawless performance that reminds you how good music can sound when using a dedicated two-channel amplifier.

At £650 the Naim NAP 100 represents, for them at least, their entry level two-channel power amplifier and it's pleasingly simplistic in its design, sporting their traditional black powered coated finish and very solid construction. The dimensions are decidedly compact and will no doubt remind some of previous Naim models, but it does mean the NAP 100 is only half the width of a standard audio product. Of course if you're pairing it with the DAC-V1 (which Naim would obviously like you to do) then that isn't an issue, but it's worth bearing in mind if you plan on using it with something else. Since this is a Naim product, the NAP 100 is designed and built in Britain using audiophile grade components which certainly helps to justify the price tag.

Inside the NAP 100 there's a linear power supply that includes a sizeable toroidal transformer, along with a discrete transistor power amplifier that uses a dual mono design based on the circuit topology found in Naim's SuperUniti all-in-one player. As a result the NAP 100 can deliver 50 watts per channel into 8 Ohms and 75 watts per channel into 4 Ohms. At the rear of the NAP 100 there are left and right speaker connections that are designed purely for 4mm plugs, along with RCA left and right inputs sockets, as well as a DIN connector input. Since the NAP 100 doesn't use standard speaker terminals, Naim include custom block plugs for bare wire connections, along with a DIN connector cable, which we used to connect the NAP 100 to the DAC-V1.

Whilst the NAP 100 is clearly designed to be partnered with Naim's DAC-V1, and we did review it in that configuration, it's worth pointing out that this little power amplifier is a fantastic performer in its own right. Yes it's true that when combined with the DAC-V1 it produced some of the best sounding audio we've heard in a long time, but it will also benefit any other source you choose to connect it to. It is capable of delivering a clean, precise and well produced sound that has a tight and surprisingly deep bass. Don't be fooled by its diminutive looks or modest power claims, the NAP 100 can deliver more than enough kick for any music fan and it does it with style and grace, making it an easy choice for a Highly Recommended badge.