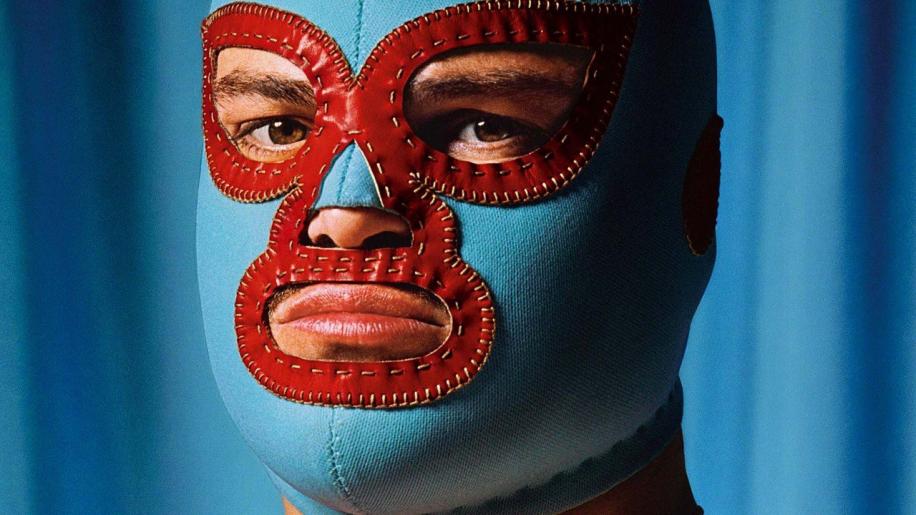 
“Wrestling is ungodly.”
“Whatever.”
I'm a great fan of Jack Black. His wacky, eccentric energiser bunny antics never fail to entertain, and they come across as much in his comedies as they do in his musical work as one of the duo, Tenacious D. School of Rock - which could have ended up being just a cheesy school-kid flick - is the movie that really propelled his comedic stature, and has since given him the opportunity to expand his repertoire. As I eagerly anticipate his new movie - where Black plays a videostore owner who must re-enact several popular movies for his favourite customer when his stock gets damaged - I had the opportunity, on HD DVD, to check out his surreal comedy Nacho Libre.

Brother Ignacio has dutifully worked in an orphanage for his whole life, getting up at dawn to make the children breakfast, despite the fact that he is never given fresh ingredients. But he senses that he has a higher purpose, and is desperate to go out as fulfil his dream - the dream of becoming a Luchadore, a wrestler. Recruiting a starving street thief to become his tag-team partner, he enters the ring under the guise of mask-wearing Nacho Libre. And proceeds to lose, bigtime. A rigorous (if hilariously unorthodox) training regime does not help, nor does his mystical voyage to instil himself with the power of the Eagle, but when he meets his idol - the gold-mask wearing champion professional wrestler Ramses - and finds him to be a jerk, it gives him the motivation to finally win.

Nacho Libre is a thoroughly enjoyable, and remarkably surreal comedy which, whilst clearly playing off Jack Black's physical and verbal comedic capabilities, also manages to be quite original and unusual. His character is so very different from anybody you may have come across before and Black even manages to hold on to a heavy Mexican accent for almost the entire duration (only occasionally lapsing into his standard Jack Black jive). It's a great role for him (and it does share with his previous incarnations in one respect: the fact that his characters are always refreshingly non-body-conscious) and you really root for this passionate underdog as his bucks the church establishment, fights to woo a young nun and struggles to actually defeat a single opponent.

Apart from a very brief and fairly stoned cameo by Constantine's Peter Stormaire (who really shouldn't have been on the opening credits, although if you watch the deleted scenes you might understand more why he is), the rest of the cast is comprised entirely of unfamiliar faces. They're all perfectly chosen, however, from the hapless street peasant, Esquieto (Hector Jiminez) who works well as a Stan Laurel foil for Jack Black's Oliver Hardy, to the absolutely stunning Ana de la Reguera as Ignacio's beloved, Sister Encarnacion. With those gorgeous eyes, who can blame him? The movie is all really Jack Black however, and all the better for it. He has some of his best scenes captured on celluloid: from his impromptu baptism to anything involving him trying to woo the Sister. He even manages to get a couple of classic comedy Jack Black tracks in there, as well as a hilarious love-letter.

Shot in an unusual location, with a strange story that basically retells Rocky through the eyes of a monk-turned-amateur-wrestler, Nacho Libre is a refreshing, original comedy that showcases the awesome Jack Black in his prime. It's not exactly a deep, thoughtful or heavyweight affair - but what were you expecting? A fan of Jack Black or not, this unusual comedy is well worth checking out.

“P.S. If we didn't end up taking our vows of celibacy, we could maybe get married and have a family with some ninos. But, you know, whatever.”