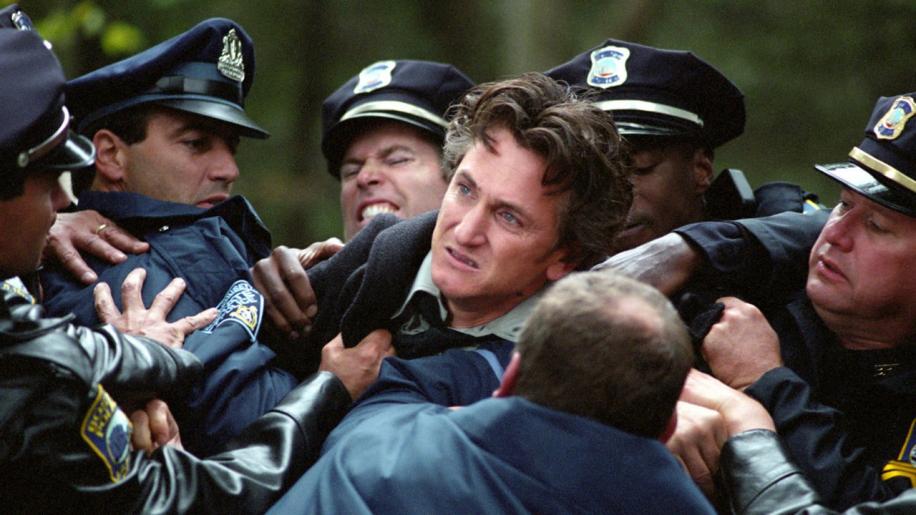 Mystic River has been hailed by many a critic as a masterpiece and Clint Eastwood's finest work to date. The film is a thriller which builds the tension using a well known general explanation of abuse that many take as being true. If you are abused at a certain stage in your life you will then go on and abuse others yourself, whether this is sexual or emotional. This theory has never been proven fully, yet the general public seem to have embraced this explanation of why people do truly despicable acts, maybe this helps them accept the unthinkable and provides some comfort, people are usually happier to accept things when they are given a reason why it happened. The film using this mass acceptance as a plot device works to a certain degree, but sometimes acts of pure violence happen for no particular reason at all.

Mystic River follows the friendship and breakdown of three young boys who grow up in working class Boston. Jimmy, David and Sean are playing in the street defacing a wet patch of concrete with their names when some cops arrive in a car and David is taken away, ending up locked in a cellar and abused until he escapes. All three go their separate ways as the grow up, Jimmy (Sean Penn) is an ex-con who now owns a convenience store in the old neighbourhood, David (Tim Robbins) is living with the guilt of the past with his wife and son and Sean (Kevin Bacon) has succeeded in becoming a homicide detective. David's attempt to conceal the sexual abuse he suffered is about to lead to a devastating event where pure violence and the loss of a loved one will change all three men and their families forever.

Apart from the underlying acceptance of abuse which I have covered, the performances and emotional impact of the movie are great. Penn, Bacon and Robbins are truly mesmerising in their portrayal of three lost souls trying to come to terms with the past and the heartache of their present lives. Eastwood's direction and pacing are slow and ponderous but this succeeds in building the tension right up to the explosive conclusion. Like me you may grasp where the plot of the picture is going to go quite early on, yet you can't help but be transfixed to the screen as the events unfold. I have to recommend this movie for the performances and direction; it is uncomfortable, bleak and honest.