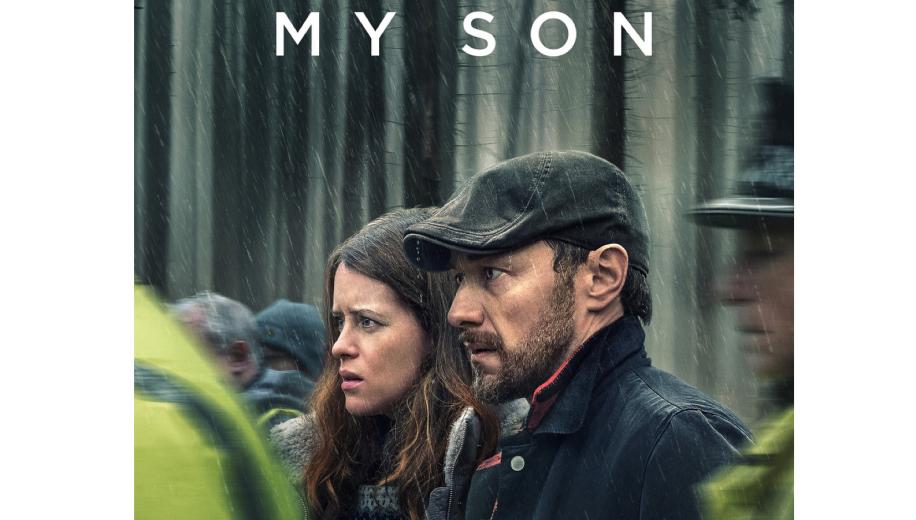 Christian Carion's high concept remake of his own high concept French flick sees a script-less James McAvoy out of his depth in this mystery thriller.

Carion's 2017 Mon Garçon saw Guillaume Canet hunting for his missing son, in a production which denied him any script or external understanding of what was going on, forcing his character to - theoretically more organically - unfold the mystery due to the fact that this is precisely what the actor has to do. Seeking to replicate the gambit for audiences with a subtitles allergy, Carion enlists the help of an admirably game James McAvoy, who reportedly did the entire film with no script or dialogue, forced to improvise his way through a torturous journey to get to the truth.

... the biggest trouble with My Son will be making it to the halfway line

Estranged husband and absentee father Edmund arrives in Scotland to find his son missing, his ex-wife distraught, and police combing the lake and searching the hills. Suspicion is cast over the wife's new boyfriend, and over Edmund's own shady job - which involves travel to a lot of dangerous locations across the Middle East - and it's not long before the desperate father is on his own, remaining the only hope for the recovery of his boy.

My Son comes to Amazon Prime in 4K Ultra HD with HDR, which is an unexpected bonus, even if it's not a particularly striking looking production, benefitting hugely from some absolutely stunning location shots in Scotland, but otherwise quite a dour, grimy, murky affair which doesn't smack of demo material in any way (but for those aforementioned landscapes).

For many, the biggest trouble with My Son will be making it to the halfway line. It's a tough, meandering, often incohesive journey which only really comes together in the second half, accelerating to a tense, thrilling final act where the madness behind the black box acting methodology suddenly becomes an effective tool. You see, even mystery films are seldom complete mysteries to the viewer. Filmmakers are adept at laying breadcrumbs, allowing the story to travel from plot point to plot point smoothly and effectively as a cohesive journey. In real life, of course, nothing is that fluid, and so My Son's gambit of ostensibly making everything seem 'organic' oddly has the opposite effect, transforming the production into a mystery adventure game, a kind-of open-plan solo Cluedo game, where McAvoy finds himself jumping from one clue to the next, taking potshots at potential suspects and journeying down rabbit holes until he finds the correct path that will lead him to the end of the mystery. Whilst it may better reflect what might happen in real life (more ridiculous moments notwithstanding), it doesn't really make for a fluid film experience, with the succession of dead ends damaging the viewing experience, making you feel like you've invested in pointless detours and leaving you subconsciously questioning the veracity of what seems like an increasingly untrustworthy "narrator".

This vérité is extremely effective at eliciting tension during the final act, almost making up for the muddled journey to get to that point

Where the premise works is when McAvoy's protagonist finally does find the right path, propelling the narrative down a clear path where, as a viewer, you're suddenly able to feel and experience every single torturous, uncertain step as if you were taking it right there with him. This vérité is extremely effective at eliciting tension during the final act, almost making up for the muddled journey to get to that point, even if - for some - it may be too little too late, not least because they could have easily switched off. Don't, because it does get there in the end. And, along the way, McAvoy really does go through the ringer. Sure, it's not quite like Jude Law in The Third Day, but he puts in a fabulous performance and - beyond even support from The Crown's Claire Foy - basically carries the whole piece single-handedly, putting his all into genuine reactions to a succession of tough developments.

As an interesting concept, My Son isn't a complete failure, with a satisfying conclusion for those who tough it out, but, if anything, it does show just how much work screenwriters put into making a completely inorganic construction - a plot - feel utterly fluid, in a way that real life simply is not. And viewers just may not be prepared for, or want, their mysteries to be 'organically' improvised after so many decades of orchestrated entertainment.

My Son is available on Amazon Prime in 4K Ultra HD with HDR from 21st January 2022.