My Own Private Idaho DVD Review 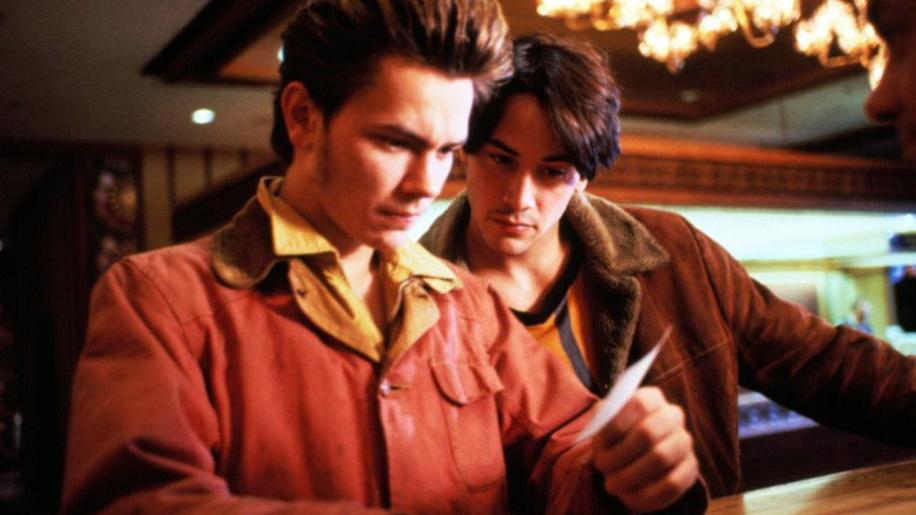 My Own Private Idaho as mentioned above was a fairly low budget film. At times the film stock appears a little grainy, which may or may not be the fault of the film stock used. The bright countryside colours are vibrant but again the print lets it down slightly. The average state of the picture actually works to the film's advantage as the film is about the lowest of the low in life. The night scenes feature plenty of blacks, these are deep and well defined and as mentioned it can be a little grainy but generally the bright colours in the darker scene look good. Although not reference quality by far, it is more then adequate and overall quite a nice transfer from what was probably not the world's greatest negative. The Dolby Digital 5.1 mix of the film is a pleasant affair. Utilising all the channels available, dialogue comes from the centre speaker and general sound effects move from side to side on the left and right channels. Every now and then, music filters through to the rears and these are mixed well into the overall sound field. My LFE was asleep during the film, although this isn't a problem as the last thing you would want from a film like this is to be attacked by a huge amount of bass. There are 12 minutes of deleted scenes from the film. These are individually chaptered and you can select any one of the seven available to watch on their own. I am not a big fan of deleted scenes, my philosophy is if they were not in the film the first place, why bother now? Some of you may disagree, but we all have our own opinions.

The Theatrical trailer is just that, the standard trailer that played cinemas at the time of the film's release.

The 'making of' documentary is an excellent documentary. Interviewing the director and other key members of the production, the whole film making process of My Private Idaho is discussed. Running at 42 minutes, plenty of information, opinions and behind the scenes information is shared. It is nice to see for the first time in a while (in my eyes) we have a good balanced 'making of' documentary and not a 'back slapping' session amongst the production team that so many documentaries can become.

Kings of the Road is a Criterion production featuring film scholar, Paul Arthur discussing the film's influences, Shakespeare, the road movie and is extremely detailed and informative. Perhaps a little 'heavy' for the average person but a 45 minute tour de force for someone who wants to know more about film then the average guy on the street.

Finally, the conversations part of the disc are three separate conversations (one video, two audio) featuring Phoenix's sister, Rain and various members of the production in front and behind the camera. The discussion involving Rain is a 15 minute heart felt talk involving her brother and the film. The other two discussions are of the audio kind and fairly chatty, but at the same time a bit boring. Watch the Rain conversation and skip the rest.

All in all, a really great set of extras. An extremely well acted and directed drama, which over the years has established cult status. The film has many fans (possibly due to Phoenix) although I have many positive things to say about the picture - acting, direction, production values the subject matter left me a little cold. However that doesn't detract from the fact that is a good piece of drama and a good set of extras on the second disc.