A film about life, laughter, and the occasional miracle. 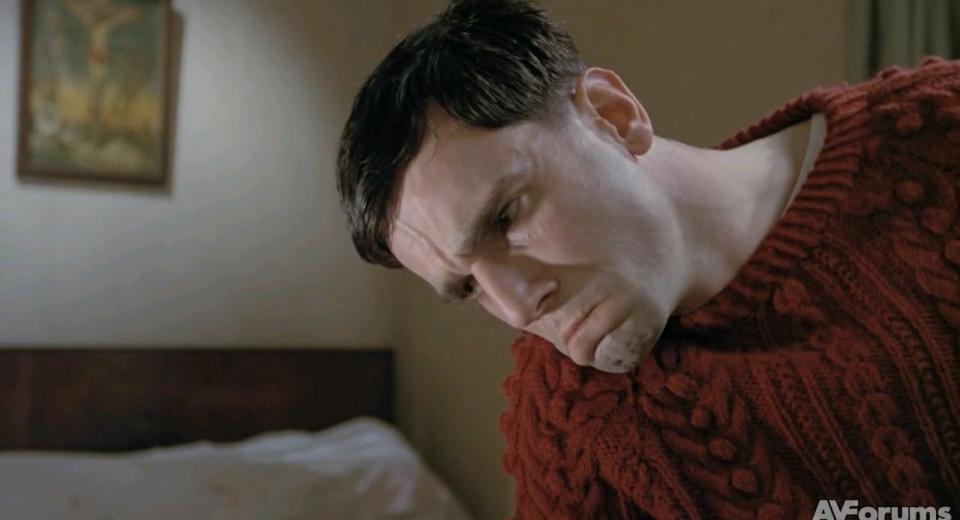 My Left Foot is the triumphant and emotionally charged true story of Christy Brown, a much celebrated Irish artist, poet and writer, born with Cerebral Palsy. This truly remarkable film follows Christy's life from birth through to adulthood, and offers an honest and often harrowing look at what life living with severe disability was like in Dublin during the 1940's.

Though born to an impoverished, working class household, what the family lacked in financial weight they most certainly made up for in love for one another. The Browns stick together, and Christy, though physically different, was no less a Brown than any of them. It's a hard and uncompromising life, and one in which every day brings it's own difficult challenges. But the Browns stick together, and face everything that's thrown at them courageously and defiantly – Christy, more than any of them.

Every day for Christy is filled with the same hardship that the rest of his family suffer – porridge for both breakfast and dinner for days and days, sharing a bed between six, a father who drowns his sorrows and sinks what little he earns behind the bar more often than he should – but when Christy is ten years old, he overcomes the most difficult challenge that he has faced in his short and troubled life – communication. One day, and much to his family's astonishment, using only his left foot he picks up a piece of chalk and scrawls a legible word on the kitchen floor – Mother. As his family look on, silent and dumbfounded, Christy reveals to them with painstaking effort that although his physical faculties may not obey him, his mental capacity is at the very least equal to any one of them. Christy's mother had always suspected that he knew what was going on, despite everyone telling her that he had the mind of a two year old. She never gave up on him, and never lost faith in him. For the Brown family this is a momentous occasion – it's the first time Christy has ever spoken to them. This marks the beginning of what would become a wonderfully artistic life, full of joy, love, tragedy and bitter frustration.

Jim Sheridan's adaptation of Christy Brown's autobiography charts the life of the enigmatic artist beautifully. Opening with a setting in which we see Christy turn up to a charity event at an incredibly affluent stately home where he is to be presented with an award. Whilst the Lord of the manor is giving his preamble to an onlooking crowd of well-to-do attendees, Christy is taken care of by a nurse named Mary. Bearded, drunk and dishevelled looking, it becomes apparent that the event is to celebrate his autobiography, and Mary, with some time to kill whilst looking after Christy back-stage, begins to read from it. It's this scenario that acts as the vehicle to deliver the movie to us. We watch the difficult life of the Browns unfold as Mary is reading Christy's words. It's a very charming and effortless way of telling this remarkable story. This level of finesse and confidence is perhaps not something we would expect from a debutant director, but Sheridan's touch is deft, and his understanding of how to deliver narrative seems natural. Hardly surprising that such a natural skill at the helm bagged him no less than twelve major award nominations for My Left Foot.

In his early years, Christy is played by Hugh O'Conor, who does extremely well for a boy his age. It's not an easy role to play for anyone, let alone someone so young, but O'Conor most certainly manages to capture Christy's frustration and determination in his performance. At times O'Conor doesn't quite manage to convince, but it's never too difficult to suspend disbelief. Of course, the biggest cross the young lad had to bear was that Daniel Day-Lewis was to play Christy from the age of seventeen onwards – no matter how good a performance he would deliver as the young Christy, it was always going to struggle to stand up when Day-Lewis takes over.

As one might expect, Lewis is truly exceptional. His portrayal of the troubled Dublin writer is breathtakingly convincing. But for a few minor roles in TV movies, and a thoroughly convincing and widely lauded performance in Philip Kaufman's The Unbearable Lightness of Being, Day-Lewis really made his mark with My Left Foot. It showed the world what the man was truly capable of – removed all doubt as to whether his portrayal of Tomas in the aforementioned Lightness of Being was a fluke. The world nodded it's head in silent agreement – we'll be seeing a lot more of this handsomely talented young actor. Day-Lewis has me in the palm of his hand with this gut-wrenchingly authentic performance of Christy Brown. He manages to push the audience past pity for his character's plight and somehow tunes us in to the sad and terrifically painful inner turmoil that Christy Brown faced. This would be the first of three Academy Awards that Lewis would bag for himself for best actor. Outstanding.

This review would not be complete without mentioning Brenda Fricker for her role as Christy Brown's defiant and stoic mother. She plays the matriarch with an utterly believable honesty. She exudes compassion and understanding, something that the role desperately needed if the movie was to be a success. She's fantastic, and she and Day-Lewis make this movie all that it is. Fricker also picked up a well deserved Academy award for best supporting actress.

My Left Foot is one of the most memorable films you're ever likely to have the good fortune to see. It's a tragic and harrowing tale of a working-class family struggling against the odds whose love for each other prevails against all odds. At the centre of the family unit is Christy, and he remains the catalyst for the family sticking together through thick and thin throughout. It's heartwarming, desperately funny, bitter sweet stuff from start to finish. Not so much a feel-good movie, but a feel-everything movie. Simply brilliant and you simply must see it.