My Boyfriend Is Type-B Movie Review 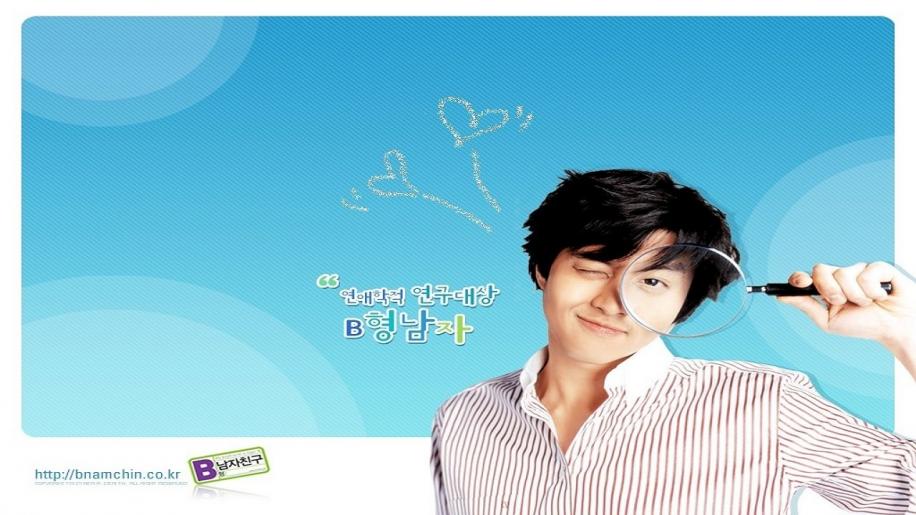 “I'll bet she will die a virgin. Don't you think?”

Despite some daft slapstick near the start, writer/director Choi Seok-Won's debut is a very appealing, made-to-measure rom-com that is able to lift itself from the strained formula with a sheer zest and glitzy vibrance that puts many a Western equivalent in the shade. It is the time-honoured, and in many cases dishonoured, fable of boy-meets-girl, boy-then-loses-girl and boy-battles-to-regain-girl that used to be the preserve of big Hollywood gesture, but is now the domain of early-teen travesty. We've seen it all before and yet, in spite of this, Choi Seok-Won's My Boyfriend Is Type B manages to be delightfully fresh and zany, whilst keeping the schmaltzy, high production values that the market demands and offering nothing entirely new in the timeless battle-of-the-sexes love match. It is to his credit then that he populates this well-trodden path with such genuinely engaging actors like popular Korean heartthrob Lee Dong-Geon as selfish rogue Young-Bin and the adorable Han Ji-Hye as the gullible, love-struck Han-Mi. That the pair had already starred together in the drama Sweet 18, and are apparently dating in real life only adds to the spice, their easy-on-the-eye onscreen chemistry somehow elevating their characters from the shallow, one-note stereotypes that plague this genre.

“It doesn't make sense to judge people by their blood types.”

When meek university student Han-Mi literally bumps into Young-Bin after accidentally text-messaging him, she finds it easy to believe that destiny has thrown the two of them together. Young-Bin, having just dumped his previous girlfriend after she complained about his making her wait in his car to avoid getting a parking ticket whilst he played basketball, is taken by Han-Mi's sincerity and eagerness to believe in karma. But, given that we know what a self-centred scoundrel he can be, we find it easier to believe that he is more taken by her willingness to pick up the bill after a getting-to-know-you meal. Han-Mi's cousin and flatmate Chae-Young, a repressed professional dating consultant and strong adherer to the theory that blood types denote the personality, has very firm reservations about this new boyfriend. Upon discovering that he is Type B, as opposed to Han-Mi's Type A - a coupling to which she is violently against - she sets about a campaign to keep the two apart. So, it soon becomes apparent that Young-Bin is going to have to work very hard to convince as good boyfriend material, and that Han-Mi had better shape up and learn to stand on her own two feet if she wants this relationship to work and not get walked all over. Despite the burgeoning romance, it is clear that things are not going to run smoothly and that the couple's radically different personalities are sure to cause many problems.

“Your hairdo ... it makes your head look huge.”

The character of macho egotist Young-Bin is actually quite a refreshing variation from the norm. He says what he feels and he does what he wants, yet, he is definitely taken with his new catch. Lee Dong-Geon is very effective at juggling the selfish and obnoxious side of the role with the genuinely touching and romantic alter-ego. He is literally a Yin/Yang persona. Although he truly wants to make Han-Mi happy - a glass elevator Superman trip, an impromptu serenade, flowers and a real thirst for fun that is authentically infectious - he would hardly go to any trouble if the end result wasn't, in fact, going to make himself happier. His heart is in the right place, it's just that his own interests fill most of it. This is a difficult dual-stranded character to make empathetic, particularly when his unpredictability can transform him from sweetly sensitive to irascible, hardnosed jerk with some terribly glib put-downs. Check out the ease with which he stings Han-Mi's friends - “He stole our money in the name of magic!” - or his monumental arrogance at a cinema date, that he swiftly manages to return to touching romance before ruining it all again with a stinky one-liner. All the while, you expect to discover some Hollywood-style reason for this behaviour, and for his walls to come tumbling down when true love finds a way. But this is Korea, folks, and they have a different feel for the subject matter. His undying self-gratification is never sad or cheap, condonable or blameable. He is simply who he is. “Am I likeable, or what?” He doesn't even wait for the answer.

Poles apart from her new boyfriend, Han-Mi is coy and smitten for most of the film and the performance that Han Ji-Hye delivers is, by turns, annoyingly pathetic and then occasionally strong-willed and assertive. That we applaud her when she finally turns the tables is the obvious trick to pull but, once again, there's room for thought. What about when Young-Bin steps in and exacts some payback on the teacher that has bullied Han-Mi? The feeling that these two really are fated to be together shines through here, and it would be hard not to be touched by her reactions to this unorthodox act of chivalry. But, for my money, the best performance in the film is that of Shin Hee as the blood-obsessed cousin. Her barely controlled inner-rage is a joy to watch and her delicious verdict on Type B blokes - “All bad things begin with a B” - is priceless. She possesses a terrific steely-eyed conviction and a devious detective nature that makes her the one to watch.

“You sick Type B jerk! You said you were different.”

Choi Seok-Won keeps the proceedings light and effervescent, but with daftness too-often replacing good comedy, the film fails to raise more than an amused smirk or two. The mobile phone malarkey eventually becomes a tad irritating, with text icons appearing up onscreen and the symbolic bus rides that bookend proceedings seem slightly heavy-handed. The score, too, is a little distracting with far too much in the way of frothy, light-heartedness in a breezy sixties, lounge-style - although I did detect a slight hint of early Depeche Mode on one cue. There are some quite bizarre lines of dialogue that crop up occasionally but these may be attributed to some form of subtitling japery. Overall though, My Boyfriend Is Type B is still an entertaining little romp. And, given the choice, I would far rather watch this than the next big star vehicle fluff-fest that floats out of the cliché-capital of the world.