My Boyfriend Is Type B DVD Review 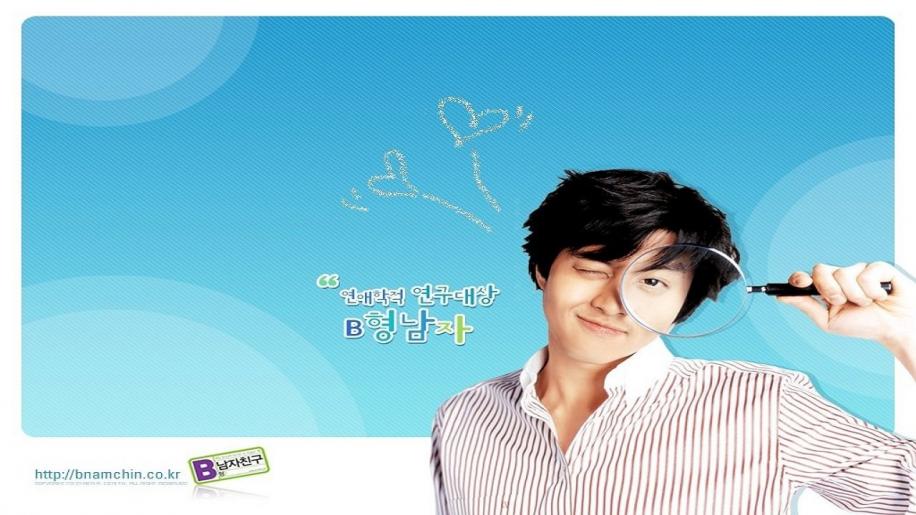 The anamorphic 1.85:1 transfer is a ravishing effort, indeed. The first thing that will hit you is the amazing colour fidelity that the disc churns out - quite the most vibrant comedy that I've seen. From the retina-popping clothes of the characters to the bright urban setting, from the cosy, colourful apartments to the neon-lit Christmas finale - the spectrum is fully utilised and captivating to behold. It often appears to mimic the primary colour obsession of Disney with such lushly composed imagery radiating from the screen, scene after scene. Everything is clean and sparkling, bright and full of life. Separation is handled excellently, as well. Just look at the moment when Han-mi is bathed in a red neon glow and Young-Bin is suffused in blue in the same shot. And, you'll be pleased to know that there is no evidence of smearing, bleeding or over-saturation to any of this buffed-up gloss. Happily, this striving for deep, full-bodied colour doesn't come at the expense of warmth, either, with skin-tones, eyes and the overall invitation to us from the image authentic and appealing.

Detail, on the whole, is very good with the foreground benefiting mainly. The background can occasionally appear a little less well-defined but I'm really scraping the barrel for complaints here, folks. The black levels, though hardly tested in what is steadfastly a bright and highly-illuminated movie, are satisfyingly deep, and offer a beneficial degree of depth to the movie's composition.

Whilst not completely grain-free, indeed some small shots exhibit a temporary-but-high level of the stuff, the image is mostly clean and unmarred by damage, or print flaws. With no artefacting or glaring compression traces, it is only the edge-enhancement that lets the side down visually. But, whilst this is certainly apparent, it is rarely distractingly so.

In all, this is a visually splendid treat that is primary colour heaven. The movie has been given only a Korean Dolby Digital 5.1 that is, sadly, underwhelming. The 5.1 is not what I'd call surround sound at all. Playing just like a slightly louder version of a 2.0 mix, it may be clear and pleasant to listen to, but its upfront soundstage and determination to keep the activity reigned-in do not do it any favours. Admittedly, there probably isn't much the rears could realistically be called upon to reproduce and they do manage to supply some ambience throughout, but the feeling of one-directional sound is, nevertheless, a bit deflating. There may be some slight steerage across the front speakers - cars' speeding past, voices calling from left to right - but this is an underachiever, however you look at it. The track is always clean and sharp, however, but just lacks the immersive quality that we know and love. And, needless to say, the sub sits this one out. This is a bit sad, really. As well as the Commentary Track on the movie (though I can't tell who is actually delivering it) there appears to be a whole slew of stuff on Disc 2 - from a Making Of and Deleted Scenes to Preview Parties but, unless you can speak Korean, you'll be as left in the dark as I was. You can enjoy the music video and the photo gallery though and, with this particular Limited Edition, you also get the snazzy photo booklet and some glossy postcards. From a totally biased point-of-view I found little to complain about with the copious imagery of the lovely Han Ji-Hye that adorns the gatefold pack, too. Overall, this definitely does look like a good package to accompany the film, though. Never laugh-out loud funny, nor particularly incisive, My Boyfriend Is Type B is still a very entertaining slice of contemporary Korean comedy that, by virtue of off-kilter characters, a bold and vibrant set of performances and a fresh approach to the standard rom-com formula, effortlessly leaves its innumerable Hollywood counterparts in the dust. The cast are always appealing and the wildly colourful shenanigans make for lush eye-candy throughout. Han Ji-Hye may push the cuteness factor through the roof - she is simply irresistible - but her love-match with the obnoxious, yet-likeable, Young-Bin puts her into that comfortably vulnerable zone that has you caring for her, whilst all-the-while cursing her for being so damn gullible. Definitely a Friday-night curl up and feel good offering that simply throbs with vitality.

The DVD package is a bit special, too. The lovely gatefold pack is adorned with cutesy images and the postcards and photo-booklet add to the already decent smattering of extras. A glossy, high-sheen product that knocks charisma-fests like Hitch off the map. Too bad the extras aren't subtitled, though.