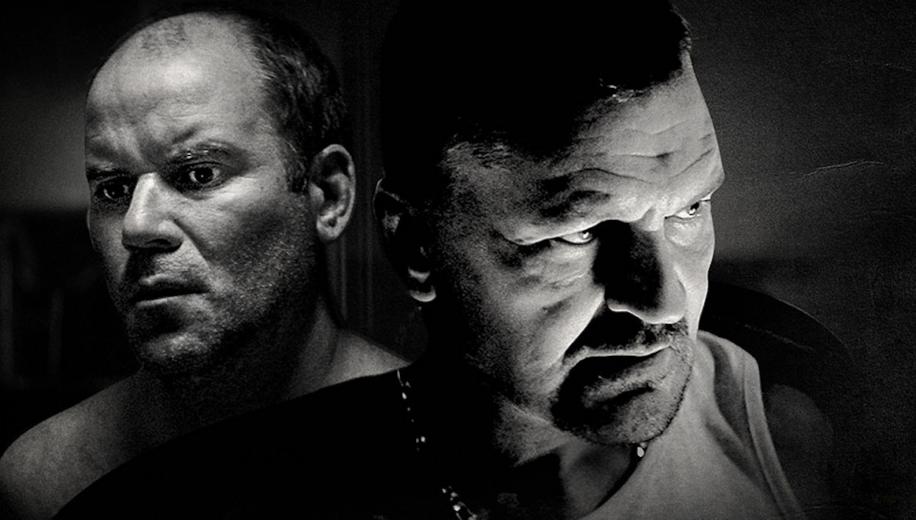 See the name Craig Fairbrass and you'll likely think of the cocky villain from Cliffhanger who liked to use soccer moves to beat people up, or possibly Eastenders or, most recently, a seemingly interminable number of DTV entries, with his 'Footsoldier' franchise the most prolific. A particular type of tough guy actor, he has clearly tried his best to pick some more interesting roles that still conform to that basic mandate, with his latest a meaty character to sink your teeth into, helmed by a director worth keeping an eye on.

A director worth keeping an eye on

Simon is a disillusioned cold caller, fed up with his job, unable to connect with his increasingly distant girlfriend, and hitting middle-age with a bang. When he passes a gym and notices a huge body-builder walk out, he gets the crazy idea to get himself in shape, and there he catches the attention of the enigmatic Terry, who offers to give him personal training. As Simon's life slowly spirals down the drain, Terry steps in to fill the void, slowly insinuating himself into every part of Simon's existence.

Muscle is a tough watch, offering little to no time to breathe as it slowly suffocates its lead character - and takes you along for that oxygen-sapping ride too. It's dark, punishing and contains a particularly disturbing extended house party / sex sequence which is just about one of the most graphic scenes captured since the last Gasper Noe film.

Shooting in black and white might seem borderline pretentious, but Director Gerard Johnson has a fantastic eye for his natural landscape, bringing fields and back-alleys to life in a way that simply would not have been possible in colour, and turning the industrial backdrop into something alien form a sci-fi film with some truly striking imagery. He turns what sometimes could feel like an extended music video - lots of montage shots set to a perfect score by The The - into more of a work of art, and when he drops the hammer on that party sequence, you realise that he simply could not have shot that in colour, twisting and contorting you around a hallucinogenic drug-and-alcohol hazed nightmarish visual depiction of your life well and truly spiralling out of control.

Cavan Clerkin's transformation as the disillusioned Simon is tremendous, absolutely embracing his initially impotent role before he goes full tilt at the gym, and before he's steered in a different direction, briefly using his newfound power for good, before everything gets out of control. His physical change is utterly convincing, again coupled with some excellent shots that focus on the little things like the slow disappearance of his neck as he bulks up and becomes a genuine physical presence. Fairbrass is absolutely electric, and utterly scary in the role, permanently teetering on the brink of exploding - yet doing so without the need for any overt signs of violence. He's so utterly toxic but dangerously charismatic, and Johnson crafts a desperately dark but also utterly plausible slow-boiled descent into hell, where each step taken is so small that you believe it when these characters drift so very far from the path.

Certainly not for everybody - any recommendation is a cautionary one - Johnson achieves some admirable moments of audiovisual majesty in what is clearly a zero budget DTV production that capably punches far above its weight, securing a couple of powerful performances to carry his character study across the finish line.

Muscle is available on Digital, Blu-ray and DVD from 1st February 2021