Murder was the case that they gave me 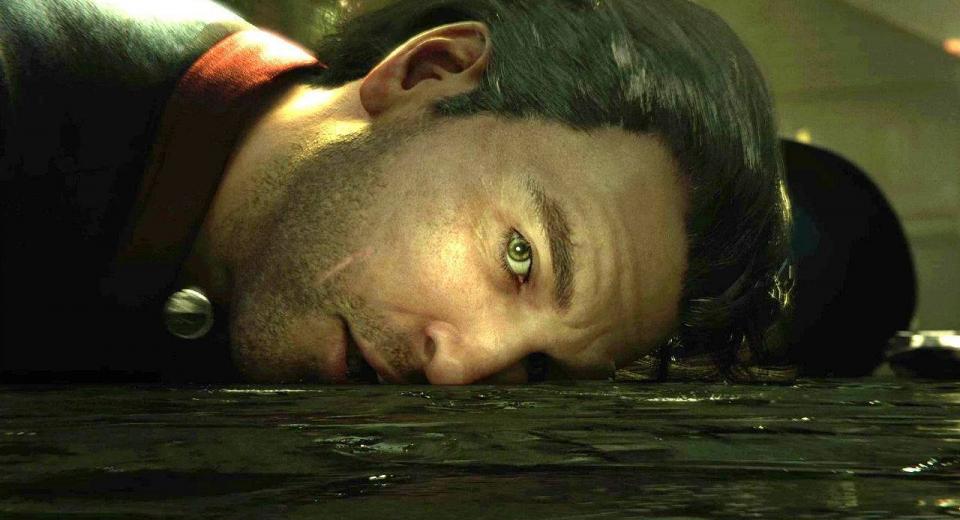 The death of the protagonist is a pretty interesting way to start a game. In the space of 15 minutes we are introduced to Salem Detective Ronan O' Connor, shown his renegade past through a series of flashbacks, meet his deceased wife who is waiting for him on the other side and then watch as he is thrown from a top storey window and then shot several times for good measure.

As a result Ronan becomes stranded in limbo as a ghost; unable to join his wife Julia on the other side until he has taken care of any "unfinished business" holding him back, namely tracking down the mysterious Bell Killer who just added Ronan to his long list of victims. So relax your soul, let me take control

The good news in all of this is that talents in life manifest themselves as abilities in death, being a detective Ronan can possess people to eavesdrop on conversations or influence them to gain new information. More generic abilities include "poltergeist", allowing you to distract mere mortals with objects in the real world, walking through interior walls (curiously exterior walls remain impenetrable and you must be let in to either enter or exit a building) and eventually teleporting.

You must use these skills to piece together evidence and uncover the next part of the puzzle. In practice it plays a lot like point and click adventure games of old, you're presented an environment and proceed to spend the next 15 mins rubbing up against every item in the room in hope of triggering a prompt to reveal or examine a clue. Once you have found all said clues you must select the relevant ones which yield the information you require. This boils down to a process of elimination where there is no penalty for selecting the wrong clue besides being forced to enter the menu again, no mini game or strategy to employ, only clicking until boxes go green and the plot advancing cut scene points you in the direction of your next scavenger hunt.

The "detecting" portion of Soul Suspect is at best mundane and at its worst irritating. In between the main investigations you will come across other ghosts with unfinished business who have self contained mysteries to solve, all of which follow the exact same environment hunting formula which ultimately makes any narrative pay off completely irrelevant. Sure it might be interesting to help a troubled young man discover if he was the drunk driver in the crash that killed him but it certainly wasn't worth the hassle. In between investigations you will sporadically encounter groups of demons walking their set AI paths with handy vision cones, approach them head on and you will invariably get their attention and have to find a nearby hiding spot in the "spiritual remnants of other ghosts"; hopping between them until the demons get bored of searching and return to their eternal paths. Approach them from behind however and you have the chance to pull off a stealth kill with a well timed button press disintegrating them entirely. It's a fairly trivial exercise which is almost impossible to fail at unless you slip the wrong key press and get sent back a check point to attempt the entire encounter again.

A common theme throughout the experience is one of obstruction, outside of the investigation mechanic the game feels thin, as does the world, but in order to justify its existence mechanics like the demons appear to have been added to to slow you down. Similarly, paths in environments will be blocked requiring you to possess a human to pass an obstacle or take control of a cat so you can get to places you couldn't before.

You are quickly shackled to a human companion who slows you down through certain sections by requiring your help to distract guards or police men and disable security systems before they can advance. Every five paces an object glints offering items and collectables which I got bored of searching for once the "Collect 100 of X" achievement popped. None of these systems are rewarding or interesting and only work to hide the fact that, were they not present, you could probably take a critical path through the story in under 3 hours. As it stands the entire game will probably take you around 5-6 to complete, assuming you wring out all of the side cases and persevere with the collectables. Pumpin on my chest and I'm screamin

With shallow mechanics, the only possible redemption for Murdered: Soul Suspect lay in its story, the mystery and the characters; sadly none of which make any significant impact.

The whirlwind introduction offers no truly tangible personality to Ronan and his quips and lonely commentary simply don't go far enough to develop him into anything more than what he is, a ghost. Disappointingly he is the most fleshed out of the cast by far, leaving the rest to become, quite literally, little more than a vehicle for the plot. The story has a small "who dunnit" factor, however reading the ending on Wikipedia is probably marginally less enjoyable than finding out first hand and will save you both your valuable time and money.

Murdered: Soul Suspect is as hollow as its protagonist. When it's not forcing you to comb through environments and click through boring menus to piece together the story, it's wasting your time with what can debatably be considered game play. I didn't hate Soul Suspect, I was just entirely apathetic towards it, which for a piece of entertainment might actually be worse.