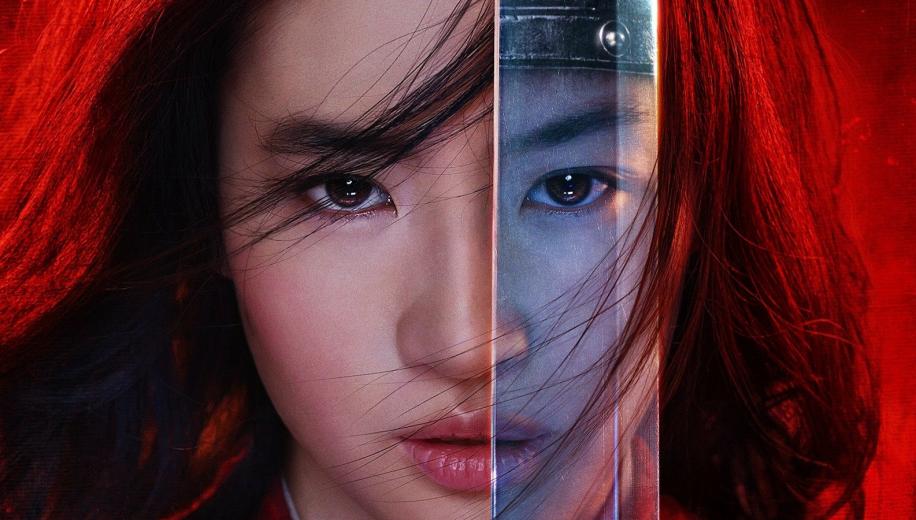 It's easy to see why Disney wants to leverage a premium price for this epic wuxia martial arts romp; it's a storming live-action adaptation of the animated classic.

Disney's had a rough 2020. After the barnstorming Avengers: Endgame closed out a key cycle in the seemingly unstoppable Marvel freight train last year, rounding out a 2019 that was easily both Disney's most profitable and most prolific, 2020 has been one long waiting game, with theme parks closed down, productions shut down and their Big Screen Blockbusters put on hold - the entire world waiting with baited breath for cinemas to return to some semblance of normality.

Perhaps ill-advisedly impatient to wait until Tenet opened the theatrical gates - which it hopefully now has - or perhaps cleverly positioning itself on the winning side should it pull off this "Premium Rental" gambit (at this price point, it probably only needs about 10% of its existing subscribers to jump on this bandwagon to break even; if that happens it could potentially change the game forever), Disney has put its first stake in the ground and released Mulan to Disney+,  for which you'll have to pay extra to watch if you want to see it in the next three months (before it comes natively to the platform in December).

Of course Disney is really using this to test the waters - if it really succeeds, expect Black Widow to potentially follow suit, and it could certainly set the precedent for the company to charge a 'Premium' now should it see fit - but it's a shame that all of this somewhat muddies the waters around what is a perhaps surprisingly effective and refreshingly different addition to its increasingly big live action remake catalogue.

One of the better Disney live action remakes, and one of scant few effective Western wuxia projects

Mulan is a skilled, impressive young fighter, with a natural gift that she's told that she must suppress in order to 'bring honour to her family', but when the Empire comes under threat and every family in the land is forced to send a single fighter to enlist, Mulan makes a dangerous sacrifice, taking the place of her severely wounded former warrior father, and joining the Army in his stead. Of course, in an age where women are not allowed to fight, she must also go to great lengths to conceal her true self.

This is not the Mulan you might know. Well, it is, but it's that and more. Whale Rider director Niki Caro has done a sterling job taking sacred Disney property and infusing it with a classic wuxia vibe - a la Crouching Tiger', 'Flying Daggers or Hero (or, more recently, Shadow) - whilst also updating both elements for the modern age and retaining a sense of period. That's quite an accomplishment, and whilst Mulan may not always get it right, it's a hell of an interpretation of the source tale, just fantastical enough, just hopeful enough, just inspirational enough, to make for a rollicking Big Screen adventure - even on the small screen.

Visually, it's one of the most distinctive of Disney's remakes (extra great news for those with Dolby Vision capabilities, as it frequently looks absolutely stunning), enjoying an epic scale to its battles and to its landscapes, whilst revelling in some of its more fantastically imagery - there may not be a talking dragon here, but there's plenty of superb witch magic, Maleficent-style. It's an often sombre tale, tense and steeped in the tenets of honour and loyalty that its characters have to live their lives by - the kind of dramatic undertones that underpinned all the above Wuxia tales - but it's also sporadically light, with a perfectly tempo that ensures it doesn't lose momentum across the near-2 hour duration (it's more like 100 minutes once you strip out the extensive end credits). The action is very well staged indeed, with just enough kinetic oomph to fit the bill, and often some very real stakes - never coming close to pushing the 12A rating in terms of blood, but almost definitely having more impact.

Don't be put off by any preconceptions, this one comes recommended

Liu Yifei takes a little getting used to as Mulan - sure, she's exceptionally good in the first act, but really she's a little unconvincing 'as a boy', and since this is a slightly more 'dramatic' interpretation of the source legend, it's a bit odd that nobody sees through her tied up hair instantly (then again... Clark Kent?). She's otherwise great in the role though, perfectly capturing the myriad conflicting feelings driving her, and often alienating her, from those she's close too. She also plays excellently opposite a scene-stealing Gong Li, who is absolutely tremendous as a new character to the tale - given superbly dynamic Maleficent-esque treatment. Really those two should get their own movie. Which isn't to say the rest of the cast isn't excellent, with a veritable who's-who of titans appearing, from the ever-reliable Tzi-Ma as Mulan's dad, to the master himself, Donnie Yen, as the man training the recruits, to an almost unrecognisable Jet Li as the Emperor. And if that's not enough, the original Dragon, Jason Scott Lee, makes a blistering return to the "Big Screen" as the villain of the piece, enjoying an almost Jason Momoa-esque vibe as the deadly tribal warrior leader.

Mulan may not be an easy sell for a premium price, but it's well worth reconsidering the maths on it - it's bloody good entertainment for the whole family, the likes of which would cost you the best part of £50 at an actual cinema, riveting ages well below the 12 'guidance' (but this is no Winter Soldier, its very suitable for younger audiences), and well above it too! It's one of the better Disney live action remakes, and one of scant few effective Western wuxia projects. Don't be put off by any preconceptions, it may not have the appeal of Black Widow, but it shouldn't be underestimated either: this one comes recommended.