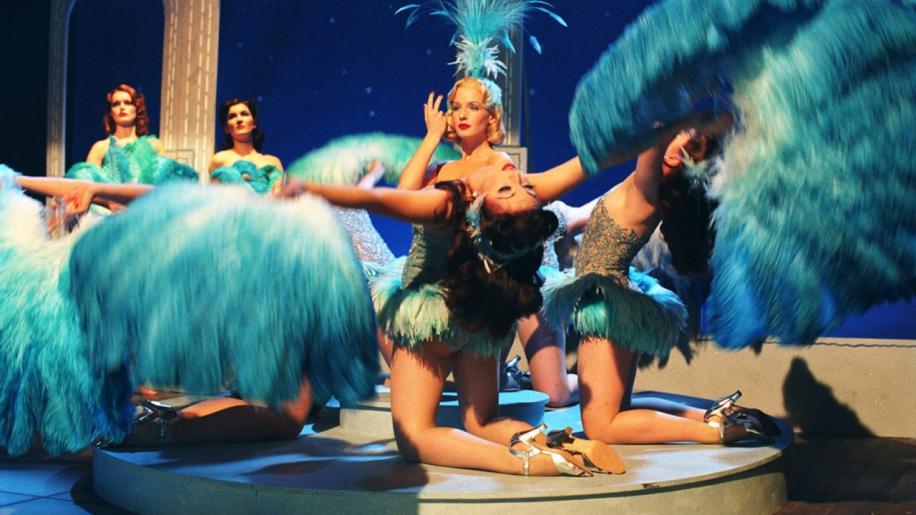 The film is given a 1.78:1 aspect picture that has been anamorphically enhanced for widescreen TV's. On the whole the picture was nothing more than average, colours were natural, particularly flesh tones, but were always a little 'thin', surprising considering the excellent average bitrate, there was, however, no instances of wash or bleed. Contrast and brightness were set very well giving rise to nice true blacks, adding a decent depth to the picture. Detail was a tad soft but at least consistent, even the shadows contained a good amount of detail. For such a modern film I was disappointed to see so much print damage, ok, it was not a lot and the damage was only specks, but even still, it shouldn't be there, likewise there was a fair amount of grain noticeable in places. Digitally there were no compression problems neither was there any edge enhancement, but the processing has highlighted some of the green screen work giving rise to some slightly unnatural colours. Clearly then an average picture if ever there was one. Only the one sound track to choose from, English Dolby Digital 5.1and it is a very subtle mix. The rears are used near exclusively for ambiance whether that is bird song or wind, crowd or background, and it adds a great deal of 'roundness' to the proceedings, so where as the 'action' is purely from the frontal array it is rooted in the back. There are the occasional dynamic effect where the rears do get to pipe up a bit and when used are very effective. Separation is pretty good concentrating mainly left / right. Unfortunately the range is very middle to top, very little to the bass, even though the film doesn't really need it I felt it was rather lacking, even for Dolby. A fairly quiet track also, might need some volume adjustment in some systems. Dialogue is clear and precise and never in danger of being over ridden, the score to is faithfully represented and makes the most of all the speakers. Not the most engaging track but certainly no slouch either, putting across its information with subtly to give a decent listening experience. Director Stephen Frears provides a his thoughts for about half the film, I say that because he pauses for so long between his thoughts he can only possibly be talking for half the run time. However when he does talk he is quite engaging if you can get over his dry monotonic voice. One thing the track is very loud, and contains more bass than the main track, without Frears voice over this would rival it! It's as if the DVD authors knew the talk was less then perfect and upped the volume to give us something to actually listen too in-between pauses. Unusual to say the least.

Next up we have the 'Making of' featurette, this is split into five parts, The Real Windmill Girls, Casting the Show, The Look, Choreography and Making the Movie which can be played individually of all together with the play all function. As the titles imply all the basics of production are covered in reasonable detail, plenty of behind the scenes material and interviews with principle cast and crew, only slight padding from the film itself. At half an hour it covers its subject matter in good detail and doesn't over stay its welcome, I enjoyed watching it.

There are twenty four pictures in the photo gallery, most are publicity stills before the production shots towards the end.

Finally there is the theatrical trailer for the film rounding out the short but sweet selection of extras for this disc. I very much enjoyed Mrs Henderson Presents from the performances to the story, it has an air of authenticity brought to it by all concerned. It is a charming film in the same vein as a BBC costume drama, just not as stuffy. As a DVD the package is reasonable, the average picture is made up for with decent sound and backed up by a small but concise set of extras, and I for one recommend it.