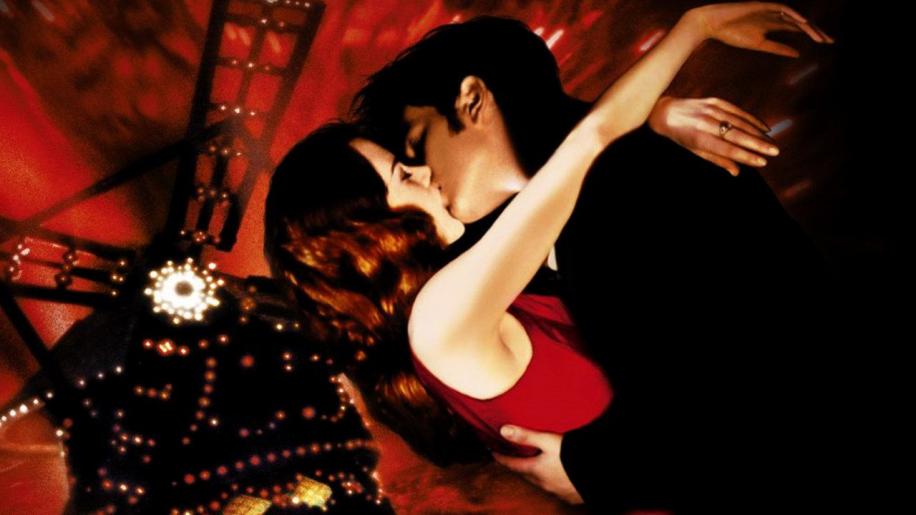 The year is 1899 and a young Christian (Ewan McGregor) leaves home in Britain to write plays and poetry in bohemian Paris. He arrives in the village of sin, the centrepiece being the nightclub of your Dreams "The Moulin Rouge". The main interest at the club is "The Diamond Dogs" dance troupe and the star Satine (Kidman) "The Sparkling Diamond". There is a mix up during the main performance when Satine is instructed to catch the eye of potential investor The duke (Richard Roxburgh), and obtain his financial backing to turn the Moulin Rouge into a legitimate theatre. The mix up occurs when she mistakes Christian for the duke. Christian is there under the impression he is to meet Satine to get backing for a play he has written. The resulting mix up leads to forbidden love and a love hungry duke with the deeds to the club.

This is a spellbinding movie that is pure fantasy, high energy, action and music. I do believe however that anyone about to watch this movie will have to disconnect themselves from reality. I also believe you have to enjoy modern pop culture to get the most from this fascinating production. The entire movie is a magical love story set to modern (mostly 80's and 90's) pop songs, and breathtaking cinematography.

The musical numbers are all sung by the stars of the movie, and everyone of them has a fantastic voice. McGregor and Kidman give superb performances, and many of the co-stars shine, giving us a truly brilliant, original and at times tragic story of love, jealousy and evil.

This is a musical for the 21st century and will be a modern classic. The edition reviewed here is the Japanese Ultimate edition which is presented across two discs and arrives in beautiful digipak packaging. All the menus are in Japanese but are not overly difficult to navigate. The Japanese subtitles which are forced at the start up of the film are easily removed by one press off your remote control. The disc also starts by forcing the movie to play straight away missing out the menu screens, but a quick press of the menu button on your remote allows you to navigate easily and you can also switch between the Dolby and DTS tracks on the fly.