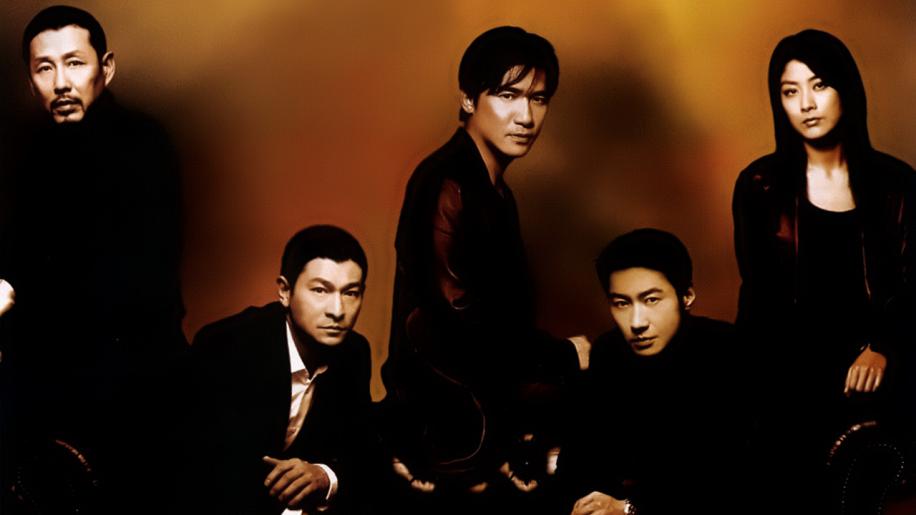 We all have our favourite genres - some long for the nostalgic simplicity of period Westerns with all their manly themes, some the epic nature of a David Lean film that draws in romance and a true embodiment of the term “moving picture”, whilst others still want nothing more than to be transported to whatever fantastical otherworld replete with swords and goblins the narrative cares to draw them to. My own personal favourite that I will always search for amongst the plethora of film fare that pours from the industry, is that of Asian crime dramas. Having been exposed via a cheap copied tape (remember kids, piracy is bad) to the wonder of John Woo's early heroic bloodshed shoot-a-thons, I found an opening to a whole world of films I never knew existed.

It was also through this burgeoning interest that I first came across the two lead actors of this film. Both starred in seminal heroic bloodshed pieces - Andy Lau, relatively unknown still to Western audiences, teamed up with Chow Yun Fat for Rich and Famous and its sequel Tragic Hero in 1987 as well as God of Gamblers three years later. Meanwhile Tony Leung, perhaps best known for his recent role in Ang Lee's Lust Caution, starred in John Woo's tale of betrayal Bullet in the Head and later opposite Fat in another Woo epic, the classic that is Hard Boiled. Thus the leading pair have suitable credentials for when the guns start blazing but only a fool would doubt their acting abilities. The best demonstration of both men's adaptability is held in another link between them, namely the works they've both completed with one of the true voices of Eastern cinema; Wong Kar Wai. It is Leung though that holds the place of recurring player in Wai's works, having starred in numerous of his films, each time acquitting himself perfectly.


So, clearly for all those aficionados of Hong Kong cinema, this is a sparkling duo that will make for an interesting encounter. That the line up is also bolstered by Anthony Wong (seen most recently in The Mummy: Tomb of the Dragon Emperor and another alumnus of Woo's Hard Boiled) and Eric Tsang is a more than welcome bonus.

For all those unfamiliar with the Infernal Affairs trilogy, I'll endeavour to bring you up to speed. The story revolves around two men, one a cop and the other a criminal. Both are recruited when they are young by their respective employers to infiltrate the others organisation and act as an undercover operative. The cop (Leung) must entrench himself in an organised crime gang, whilst the criminal (Lau) is supposed to establish his persona as a police officer. It is familiar territory for Leung as the character he plays, Yan, is not too dissimilar to the one he brought to life in Hard Boiled, (an undercover officer for whom the lines between self and persona, right and wrong etc seem to have become blurred). Similarly, the connection between Yan and Ming as the two central characters in this series is apparent, if only in a more polarised way, each representing the mirror image of the other.

If you haven't yet seen the first film, then may I suggest you skip the rest of this review as I'll inevitably be discussing certain themes that are a consequence of the ending of that story. I'd wholly suggest anyone interested in this film, for whom the initial write-up here has piqued their curiosity, should seek out the first Infernal Affairs before even considering watching this. Whether you choose to view Infernal Affairs 2 is less of a concern as it was merely a prequel, but the entire premise of this film rotates around the fallout from the first in the trilogy.

We catch up with Ming (Lau) six months after Yan's death as the investigation into the incident is finally coming to a close. He has avoided any blame in the matter and his cover is still intact, even being lauded for his shooting of the man who slayed Yan. However, with Ming's boss dead, there is no reason for him to carry on his charade as an officer of the law. He has no one to report to and all his ties with that life seem severed. We then learn through a series of flashbacks that there may be another mole inside the force who, like Ming, is seeking to destroy any ties that can connect him to his previous criminal bosses. Enter Inspector Yeung (played by Leon Lai), a cop with harsh methods who carries with him an air of confidence and knowing. He is involved in an incident that draws him to the attention of Ming and it is here that our new cat and mouse story begins, as Ming wonders whether he is a just a cop who is suspicious of him, or another mole looking to eliminate him.

When I initially heard that there was a true sequel to Infernal Affairs, I was a little bemused. How could one continue the story of a battle/chase when one of the participants is dead? Thankfully, in the form of Inspector Yeung, they have not simply sought to replace Yan, but instead created an entirely different beast. It is one that lacks the emotional value of Yan and this aids the film by giving it an altogether starker feel. Whilst Lai does a fine job of filling what was sure to be a gaping hole left by the absence of Leung as an actor, pleasingly Yan is back in a manner, appearing through a series of flashbacks that sporadically litter the film. This not only helps to lessen the loss of such a character for the audience but also evens out the tone of the story for the better. There are only so many speech free shots of Lau that can fill the screen before it would seem to be morphing into an almost Kitano like pastiche - something this avoids adeptly.

Unlike many trilogies, it should be noted that a consistent line runs through this story (both in the singular and as a set of films). This can be put down not only to the stellar cast (as the sequel proves) but also to the fact that all three were written and directed by the same team. There is a sense of cohesion to proceedings as all the important relationships seem to be co-dependent yet exist almost entirely in pairs; the cop and the crook, the cop and his boss, the crook and his boss and finally in this film, the pair of them and the female psychiatrist they come to know. This relationship is what the majority of flashbacks of Yan revolve around. Having been sent to see her to avoid jail, it is only after his death that we as viewers get to see the sessions. It also allows Ming a chance to glimpse into the mindset of his counterpart as both struggle with the constant strain of living a life that is not entirely their own.

I was pleasantly surprised to find this just as fulfilling a viewing experience as watching the first of the series. It is rare for a sequel of any kind to reappraise the situation and create a greater degree of insight into previously explored characters. Here, we have an all too different type of cat and mouse thriller as the level of ambiguity has been ramped up and it is no longer simple to know who you are supposed to be rooting for, or even if there is a goodie amongst the mix. Nitpickers might point to the slightly uneven nature of the pacing surrounding the middle section and the psychiatrist flashbacks, but these scenes are paramount to exploring the newfound depth apparent in Ming. His guilt, loyalty, identity and honour are all explored around this central hub. That it gives us another chance to see Leung as Yan is also not to be underestimated as he proves time and time again why he is one of the best actors in modern Eastern cinema. This stands as a taut, thoughtful, well crafted thriller that contains some of the best acting the genre has produced. Some may prefer the first of the trilogy, but this is still my favourite. It is neither better nor worse, but merely a fantastic accompaniment - once the back story is known, it can be viewed as a great film in its own right that is heightened by the fact the previous instalment of the story was just as powerful.