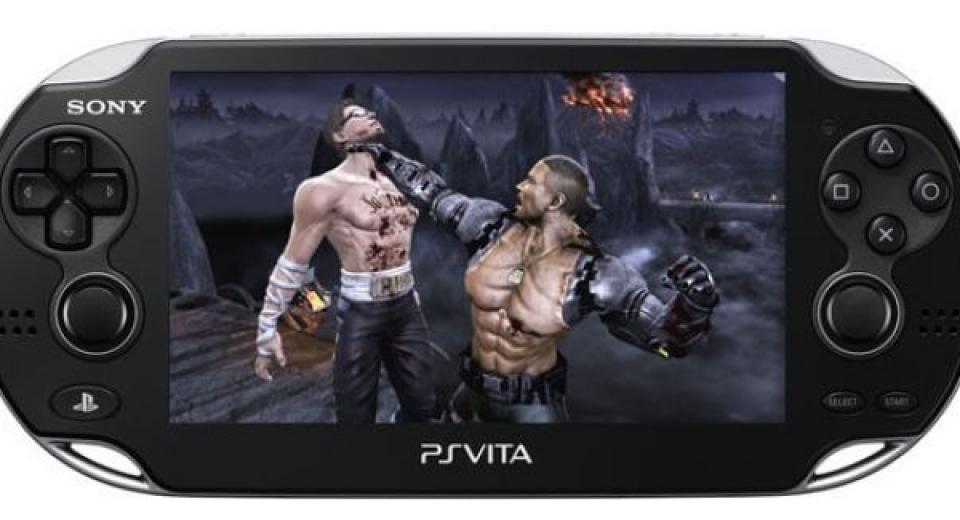 Finish him! If you know the series you've likely said those words in your head in some kind of gruff voice that brought with it an air of sweeping nostalgia. You have to be of a certain age to realise just how forbidden and enticing that simple phrase was to a generation of gamers raised with Mario and Sonic as the pillars of their world. Cartoonish violence with the likes of Street Fighter II was as realistic and mature as it got for most. That was, until Mortal Kombat hit the arcades and consoles.

Realistic sprites (captured from shots of actual people – wow!) and bloodshed made it a tabloid favourite and whipped up a storm of moral outrage only Rockstar, of the mainstream developers, have arguably (intentionally) equalled since. The big draw was blood splatter (you needed a code to get it on the SNES thanks to Nintendo's prudishness) and the now infamous finishing moves or “fatalities” as they were coined. Defeat your opponent in one-on-one combat and you'd be given the chance to unlock – via a sequence of buttons – an outrageously violent animation depicting your opponent's demise at your hands.

It was pulp fun that fuelled many a playground argument over its validity as a proper fighting game in relation to such polished combat as could be found in titles from the likes of Capcom and SNK. Now, almost twenty years since its first inception – a period that has brought numerous sequels, adaptations in different media, development studio's falling and the rights shifting – we have the ninth in the series appearing on the PlayStation Vita.

Originally released on the Xbox 360 and PlayStation 3 in April last year, this is a port of the Komplete Edition which came with the downloadable content, additional characters and an extra “Bonus Challenge Tower ” mode. With NetherRealm Studios (previously Midway) having long since ditched the human sprites in favour of polygonal figures (from Mortal Kombat 4 onwards), generated with the Unreal Engine 3 which also sat beneath the hood of the crossover Mortal Kombat vs. DC Universe title.

It all looks bright and punchy (no pun intended) on the Vita's five inch OLED screen, the cut-scenes are slick however the character models and textures appear simplified and it can all get pretty jagged. The aliasing is noticeable, and it definitely doesn't stand up well alongside its home console siblings, but there are no animation glitches and everything is kept at a steadfast framerate. Smoothness was clearly paramount. Sadly the PS Vita's lacklustre speakers make headphones practically a necessity, but still the sounds are pretty weak.

The port to the Vita crowbars in the use of the touch screen, making it even easier to utilise your super meter (more on which later) and intuitive finger swipes aid fatalities. The Challenge Tower mode (which set different playful metaphorical hoops through which you had to jump, such as engaging in battles with regenerating health bars), as seen in the console version gets a new “bonus” version. This showcases some touch and motion mini-games, such as a Fruit Ninja-esque offering or tapping incoming missiles to detonate them in order to survive until the time runs out.

They are distractions, and the place you'll want to to be is the story mode where the real action starts. The story is a re-telling of the events from the first three games in the series, thanks to Raiden performing a bit of time-travel telepathy, so it's a sequel and a re-imagining, if that makes any sense. Earthrealm and Outworld are locked in battle once more. It's a proper, full-on story mode, not an afterthought thrown into a largely multi-player fighting games as is the norm, you'll get a good few hours out of it. Once you're done there, multi-player is available via ad-hoc or wi-fi, and so long as your connection is the equivalent of a tin can and a piece of string lag is pretty much non-existent in my experience.

The combat is still 2D side-to-side fighting. Jump, kick, punch and block – nothing fancy but a few tweaks. If you haven't played an MK title since way back when and remember the old high attack, low attack system then things are a tad different. Now the four buttons control corresponding limbs; with your character standing in the familiar forty five degree angle to the camera, the nearest appendage is coined the “front” one and the furthest from your opponent the “back” one. It doesn't immediately strike you as a game changer, but it adds a few nuances in full flow. It's all button presses though, and combinations of D-Pad and face button pushes still bring with them every chance to pull off special moves, Kombos, juggling and fatalities.

With the fighting scene shifting, this reboot needed something else, and a nod towards revitalisation, as well as beckoning newcomers and the casual crowd was brought forth in the shape of tag teams and the “super” meter. The former offers the chance to double up your fighters, which works well, seamlessly integrating your tag partner into some nice special moves along the way and allowing for a level of strategy in the mixing of styles. The latter is a standard fighting gauge mechanic, filling up as you perform special moves, have attacks blocked and take damage.

It has three levels each bringing with it a new ability which can be unleashed in the heat of battle. The first enhances an existing special ability, at level two you can employ “Breakers” to interrupt the flow of an opponent’s Kombo and perform a counter attack, and once the gauge is entirely full use an “X-Ray” attack. This is your uber move and one that can swing a bout for you. If you've ever seen the film Riki-Oh you'll be familiar with a famous shot of someone's skull being crushed by a punch in X-ray view, well this is what NetherRealms have gone for here.

Combos, sorry Kombos, are the key to any encounter, and Mortal Kombat favours an almost simultaneous button press approach for the first couple of strikes, leaving a bit of wiggle room to get the next more meaningful hit in, which can start a devastating string off. This should please fighting game dabblers, but it can detract slightly from that feeling of satisfaction you get in other titles when executing a series of strikes that need to be joined up with varying degrees of timing. Juggle Kombos require this, more adept, level of accuracy though, you pop your opponent in the air and it's game on. See how much damage you can do before they land, it's the kind of simple design that never loses its addictiveness. Using the shoulder buttons or two face buttons for a throw can still lead to less proficient fighters attempting a Kombo and ending up going for a throw. However, the one button shrugging off of a grapple technique is here, which should lead to those tetchy encounters where the move will be attempted ad infinitum and friendships will fray.

The game treads a fine line between a reimagining fans can hurl themselves headlong into and a reinvention that will entice a new crowd. The truth is it was never really a franchise that gained a hardcore fight following to the levels of SNK and Capcom fandom, because it didn't have the variety. The great criticism of the series was that the fighters were, barring special moves and fatalities, largely the same, something even now it doesn't truly shrug off.

It has always traded off a mix of instant arcade thrills and stylish moves that were often easily executable, the core of which were either so effective or cool that straying from using them as a tactic actually hollowed the experience rather than adding to it. No matter how many times you hear “get over here” it's still catchy, and Raiden spinning from one side of the screen to another is still cinematic and addictive to pull off.

Stay where you are

Even with an improved variety of fighters, the series was still essentially the voyeuristic gory fighting game for the masses, and this latest instalment is no different, but that's very much a positive, it has rebooted itself in the right areas. NetherRealm has refined the gameplay, they seem to have found the right speed for polygonal 2D combat. There's a flow to the combat, or should I say Kombat, and a return to just the right level of playground horror, thanks in no small part to the blood physics and X-Ray moves, to make the thrill of battering an opponent and pulling off fatalities as satisfying as ever.

It feels like a fresh start, the additional content packed into this portable offering may not make it a necessary accompaniment to the console versions, but if you've yet to pick those up there really is no excuse for fans not to be tearing heads off like they were kids hiding the cart from their parents all over again.