One Spinal Column Rip away from being the game 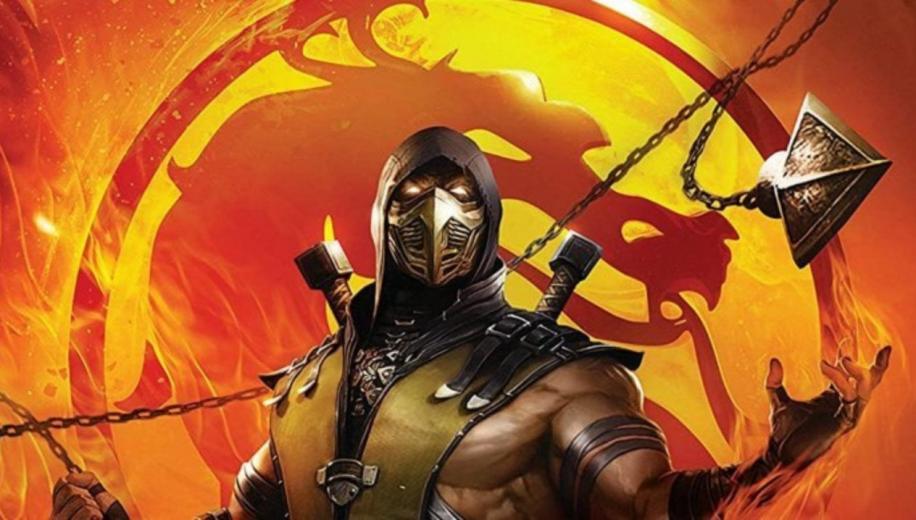 Over the decades, Warner's treatment of the expansive catalogue of DC superhero source material has been occasionally quite impressively faithful, turning in dark, adult adaptations of the likes of the classic Frank Miller tale, The Dark Knight Returns, as well as the game-changing Justice League: The Flashpoint Paradox. Conversely, whilst touting a 15 certificate on plenty of their offerings, frequently this has not necessarily equated to a no-holds-barred approach to the material, with features like Superman: Red Son wearing the rating in name only; a likely calculated decision to still appeal to as broad an audience as possible and not overstep the mark.

In 2009 Warner acquired the rights to the the Mortal Kombat franchise - which had been floundering since the abysmal Mortal Kombat: Annihilation - starting the long journey towards a new live action reboot, which actually finally wrapped last year, and delivering a couple of seasons of a halfway decent live action TV show in the interim (although nobody knows what happened to the supposedly-filmed-in-2015 third season). Making their first animated production of the property, Warner eschew the restrictions that have often held back their DC animated run and go full 18, bringing the ultra-violent game to visual life with bloody bone-breaking fury.

When Hanzo Hasashi's entire clan is wiped out by the ice-wielding killer Sub-Zero, he makes an unholy deal to get into a interdimensional martial arts competition where he will get the chance to exact his revenge. But to get to that final fight, he must cut a bloody swathe through everybody in his path, caring little that the stakes in the tournament are the entire fate of his homeworld.

The first Mortal Kombat game was actually one of the biggest reasons why a ratings system was brought in to govern the content and suitability of video games by age. Renowned for its head-ripping, skull-crushing finishing moves, it's with delicious irony that Scorpion's Revenge - more than any other attempt at an adaptation before, and no doubt because it's Warner's first R-rated animation - utterly embraces this aspect of the game, revelling in the hyper-violent kill moves and distinguishing itself as one of the most violent animated properties for decades.

Of course bloody action will, realistically, only get you so far, and tournament-based stories (Kick-boxer being a leading example) require at least a modicum of backstory to give you some vested interest in the fate of the players. This is where Scorpion's Revenge channels its bloody fury to tremendous effect, with one of the most shockingly effective origin stories of all the DC animated productions, charting the tragic history of protagonist Hanzo (who fans will better know as Scorpion), who never gives up fighting despite the overwhelming odds he faces when his whole clan is slaughtered. It's superbly done, setting the stage for a feature which even affords other characters room to breathe (Sonya Blade's relationship with Jax gives her some nice emotional weight) and keeps upping the ante when it comes to just how tough the opponents are.

The action is fairly relentless, and impressively intense - the closest thing WB Animation have come to this before is probably Batman Ninja - but fights, signature moves, and choreography are all superb, staying true to the video game (complete with graphic "x-ray" visuals of internal damage) but expanding it out into more than just a simple tournament narrative (of which there is surprisingly little until the end). It retains the visceral violence of the kills, and the impossible-to-kill nature of the protagonists but still delivers a sense of threat from their even-more-impossible-to-kill opponents.

After Netflix's recent Altered Carbon: Resleeved (which was refreshingly violent, but is positively tame in comparison to this) and earlier Love, Death and Robots, it would be a perfect fit for the streaming giant. Still, this new Mortal Kombat Legends: Scorpion's Revenge feature is well worth checking out, and easy to pick up on digital in advance of its physical media release later in the month. And if, as is rumoured, it ties into the upcoming live action movie then that actually bodes well for a potentially decent live action video game adaptation that we might have in the near future.
﻿