It looks spectacular, but that alone cannot carry it 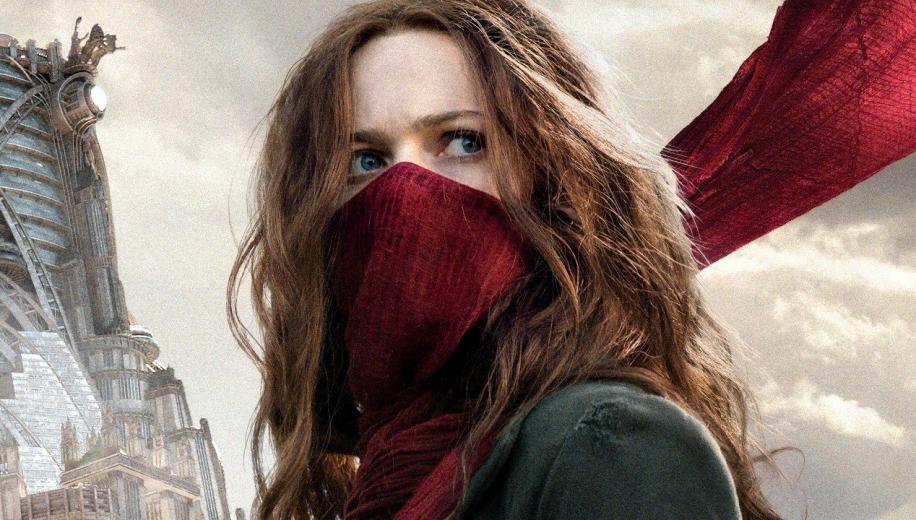 We have to stop London before it destroys us

Mortal Engines is based on a novel of the same name by Philip Reeve, and tells the story of a dystopian future, where cities are on wheels, roaming the remnants of the world devastated by an ancient war, plundering lesser/smaller similarly wheeled communities for food and supplies. Directed by Christian Rivers in his first feature, but written and produced by the Lord of the Rings triumvirate of Fran Walsh, Philippa Boyens and Peter Jackson, you might expect great things; sadly, despite some incredible visuals, a fundamental lack of empathy for the characters involved leads to apathy regarding their fates.

There are a number of story threads that make up the narrative; that of Hester trying to kill Thaddeus in revenge for killing her mother, Shrike (a Terminator-like cyborg) tracking Hester to convert her into a creature such as himself, Thaddeus constructing an ancient super-weapon to wage war on the Anti-Traction League, hidden behind a shield wall the burgeoning romance between Hester and Tom, and finally, the unravelling mystery of these threads as they develop. To, therefore, tell this story the pace of the film is incredibly high, but even in a 2 hour piece, it still feels rushed. Indeed, it very much plays out as – exposition/action scene; exposition/action scene, etc. until the climactic battle, so much so that it is almost frantic! As such, and despite valiant attempts, there is no time to understand and appreciate the characters, their dilemmas and motivations – even though we’ve seen such tropes a thousand times before.

There is no denying that it looks spectacular, the sets, designs, action set pieces and style of the film are phenomenal; but that alone is not enough to carry it. Without the hook of caring for the characters, there is very little to hold on to, there is no real sense of peril, neither is there any sense of impending doom when it comes to the climax, despite the massive death toll. With the likes of Netflix and Prime pouring large sums of money into TV shows based on novels, I think this would make a perfect candidate; sadly we’re left with a rather unsatisfying film. This is a tremendous picture that easily exceeds the Blu-ray in every regard. Detail is wonderfully seen from skin texture to clothing weaves (check out the slave traders button jacket), from exhibits in the museum to instrumentation panels in the control room, from clouds to CGI landscapes; each and every one has well defined edges. Check out the dust on the relics, grime under fingernails or how ‘papery’ and worn the maps are.

Add to this the benefit of HDR and the WCG and you have something really special; all the primaries come off well and when they are on screen together, such as inside St. Pauls, it is spectacular. Lighting is vivid in places, rich reds, lush greens and cool blues. Check out the sunsets, how natural and orange the sky is, check out the various explosions and how deep the oranges are there. The purple of the Medusa weapon, and its destructive retina burning beam.

Black is rich and deep, pushing the frame, hiding some nice shadow detail, the climax at night or, again, inside St Pauls when the weapon is overloading is superb and this scene equally shows how well the white scale is, with incredible highlights. High up in the clouds, check how bright and detailed the skyline is.

Digitally there are no compression issues and the original source is pristine. A simply gorgeous picture. The English Dolby Atmos track is a real winner with every opportunity being used to place some immersive action to the surround field. Whether that is running through the destruction of a city by giant mechanical saws, the powering up of an ancient weapon, being sold at a slave market with jeering crowds or have a quiet talk on the point of a craft flying through the air – the pinpoint accuracy of the surround environment has a tangible effect on the visuals. The surrounds and overhead channels are used extensively throughout, the various battle scenes are clear examples, but in lesser moments, such as being trapped in a room of a mechanical caterpillar or standing above a huge waste disposal mechanism, there is a total sense of immersion.

The score makes good use of the surround environment, while the dialogue remains clear and precise, prioritised to the frontal array but given directionality when called for. Bass is terrific, being tight and controlled, but adding plenty of impact when needed as well as filling out the low end. LF effects come thick and fast in the action scenes, but the movement of the cities or the mechanics within are no slouch, and will keep the neighbours up – bass hounds should be happy. UHD
Audio Commentary – With director Christian Rivers who talks through all the salient point of the film from casting to story, from filming to effects; a bit dry but very informative.
Welcome to London – A 25 minute feature split into 5 parts, each telling a different part of the construction of this major set, titles are: Building the Beast, Levels of London, The Smallest Details, London Museum and Medusa and St. Paul's.

Blu-ray
Audio Commentary – As above
Welcome to London – As above
In the Air – 5 minute feature examining the flying city and aircraft in closer detail.
End of the Ancients – 3 minute feature set out as a ‘museum tour’ filling in the history of this world. Character Series – 20 minute feature that takes a closer look at the main characters of Hester Shaw, Tom Natsworthy, Anna Fang, Thaddeus Valentine and Shrike, via interviews and clips.
Film New Zealand – Love letter to New Zealand as told by cast and crew. Mortal Engines comes from the successful LotR writing/producing team of Fran Walsh, Philippa Boyens and Peter Jackson, but in the hands of first time feature director Christian Rivers, what is indisputably a stunning looking film in terms of sets, designs, action set pieces and style suffers from a fundamental lack of empathy for the characters leading to apathy regarding their fates, the various story threads and the film in general.

As a 4K UHD set, the package from Universal is pretty good. The native 4K image is an absolute delight in terms of detail, colouring, back level and overall impact. This is matched perfectly by the Dolby Atmos track that is a no holds barred bombastic-action-fest. The extras give a good insight into the making of the feature.