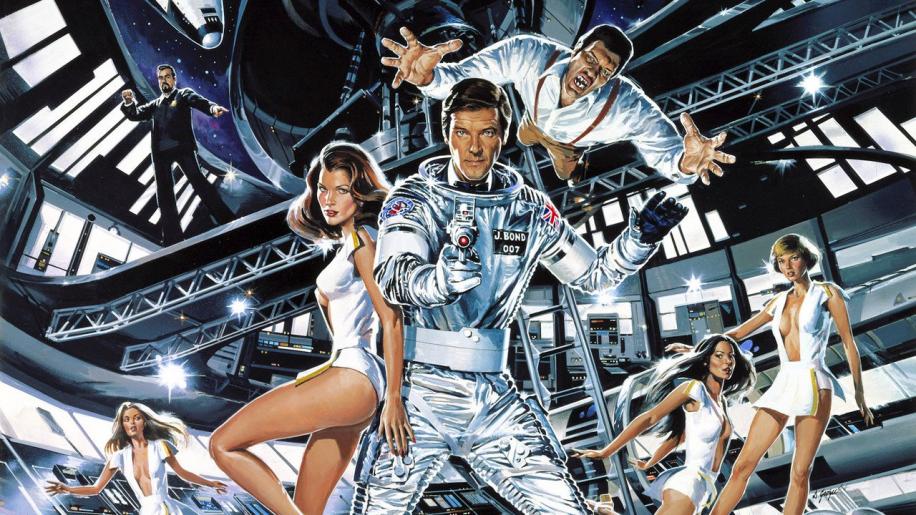 Since 1962 the highlight of the movie calendar has always been the highly anticipated release of a new James Bond film. You always knew that you were going to be well entertained with thrills, gadgets and lovely ladies. The locations were exotic, the plot outlandish and somehow James Bond always had the best 'bon mot' to suit every occasion. Every penny spent was there to be seen on the screen. You followed each movie from the first PR pictures of Bond with the girls, through the production updates on Barry Norman's 'Film' programme up to the Charity Premiere which was usually attended by a Royal or two.

I was a serious Bond fan. I had all of John Barry's soundtrack albums and had read every production article in 'Photoplay', so when good old Jimmy Bond blasted off into outer space in 'Moonraker' in 1979 , I felt disappointed as the accent seemed to be more on comedy than was considered acceptable by the hard core fans. You also have to remember that, at the time, the world was gripped by 'Star Wars' fever, so naturally Cubby Broccoli and United Artists wanted to cash in on the sci-fi interest.

This time round, Roger Moore as Bond must thwart a megalomaniac who plans to wipe out all of mankind and replace it with a super race that he has cultivated in a massive space station. The Bond girl is American CIA agent Holly Goodhead, intelligently played by Lois Chiles. "Jaws”, the metal-molarred henchman played by Richard Kiel in 'The Spy Who Loved Me', makes a re-appearance turning good-guy (complete with a girl friend of his own) in the process. Bernard Lee makes his last appearance as "M" in this most costly of James Bond's 1970s escapades. The budget for 'Moonraker' was more than the combined budget total of the first six EON James Bond movies put together. The spend was worthwhile as this was also the highest grossing Bond movie up until the release of GoldenEye in 1995. As new, prohibitive UK Tax laws had recently been introduced, Cubby Broccoli moved the production base to Paris (so thanks to HM Customs & Excise, Pinewood Studios lost out) where they took over almost every soundstage in the city making them not too 'populaire' with French film makers.

Over the years, I must have mellowed as I now appreciate 'Moonraker' for what it is - a Bond film with a smile on its face, so it's great to see it arriving on Blu-ray. At the very start of the movie we see a Space Shuttle being hijacked right off the back of a Boeing 747 and under the noses of the RAF. Sounds like a job for 007, who's aboard a small plane on the “last leg” of an assignment in Africa.

I vividly recall the Cinema audience back in 1979 laughing and applauding during the pre-title sequence as Bond is pushed out of the plane without a parachute and then aero glides to eventually liberate one from the back of a baddie. This sequence took 5 weeks to shoot and required 88 individual jumps from a plane. One camera operator (BJ Worth) with a 7 pound camera attached to his helmet followed the action while the Bond stuntman (Jake Lombard) had a hidden miniature parachute under his suit.

Award winning composer John Barry provided an evocative soundtrack for 'Moonraker', with his characteristic use of the brass section and strings. The title song was originally offered to Kate Bush (who?) but she turned it down so it was sung instead by the fantastic Shirley Bassey, who had already performed the title tracks on 'Goldfinger' and 'Diamonds are Forever'.

Coming out of the Maurice Binder designed title sequence (reputed to have cost more than the entire budget for 'Dr No'), Bond is sent to investigate the missing Space Shuttle at Drax Industries in California and here we are first introduced to the villain of the piece, Sir Hugo Drax, conservatively played by classical actor Michael Lonsdale. I felt that he lacked the necessary menace to be a truly great Bond villain. When you know that the part was originally turned down by the great James Mason (so wicked as Phillip Vandamm in Hitchcock's 'North by Northwest'), you realise just what you've missed.

During his investigations Bond tries out a centrifuge trainer, which simulates zero gravity, that is sabotaged by Drax' henchman Chang. Only the use of his recently acquired wrist dart gun saves his life. Close run thing there, Jimmy boy! During the shooting of this sequence, Roger Moore's face was badly bruised by the high pressure air jets used to simulate the G-forces. The things he did for Britain!

The action switches location to the canals of Venice and a hilarious sequence where character actor Alfie Bass (as an Italian drunk) does the customary double take during 007's antics. The scene where the gondola (dubbed the Bondola by the crew) converts into a hovercraft and elevates out of the water succeeded with the fifth attempt. During the first four takes, the vehicle was so unstable that Roger Moore was unceremoniously tipped into the water and needed to have his silk suit replaced for each take.

The memorable gadget in 'Moonraker' is the wrist dart gun, mentioned earlier, with which Bond despatches the villain, Drax before pushing him into the spacestation's airlock and ejecting him into outer space.“Take a giant step for mankind”.

The movie is confidently helmed by third time Bond director Lewis Gilbert - and Ken Adam's set designs for the interior of the spacestation are highly imaginative. The special effects model work was directed by Derek Meddings (for which he was nominated for an Academy Award), who in order to create vapour trails from the space shuttles, filled the miniatures with salt and turned them vertically so the salt poured out of the rocket boosters. When filmed at 90 degrees, the effect is very believable. No CGI was used as it simply didn't exist in 1979.

The only let down on 'Moonraker' is the fight scene between Bond and Jaws on top of a cable car in Rio. The back projection is somewhat of a 'suss job' and the point where Jaws leaps from one cable car to the other is laughable.

For the romantics in the audience, Jaws finds true love (he's clearly just been misunderstood in the previous movie) in the shape of diminutive Blanche Ravalec as Dolly - and eventually helps Bond escape from a disintegrating space station.

The best line comes from Desmond Llewellyn as 'Q', while Bond and Goodhead get up close and personal in the homeward bound space shuttle.

It's a fairly jovial affair with Jolly Roger sharing the jokes with the audience. It's fun - and not meant to be taken seriously. Come on Dan Craig, get a smile on yer fizzog!