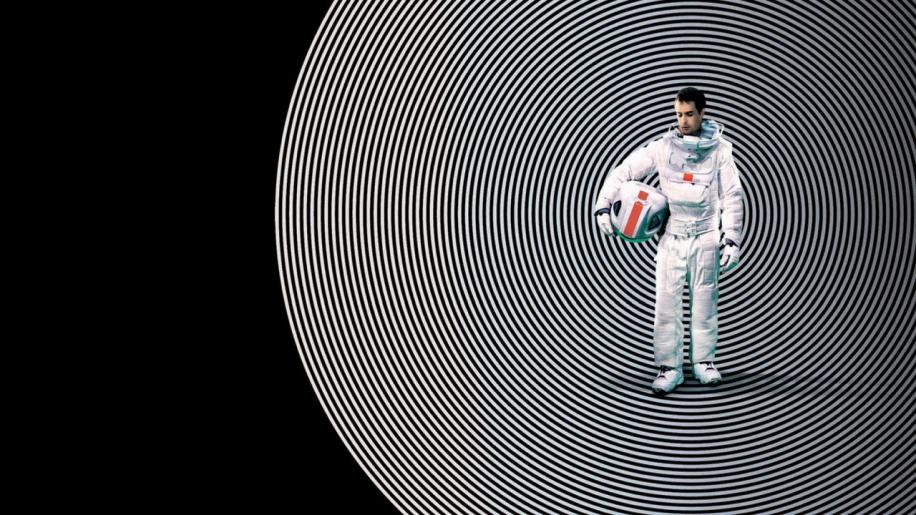 Around about the time you think the whole film world has forgotten how to make a good movie, something always comes along to restore your faith in the skills of the storyteller. Sometimes it takes more than an overblown, fat, CGI effects laden Hollywood blockbuster to make you sit up and pay attention.
This is very much the case with 'Moon', which won the prize for Best New British Feature at this year's Edinburgh Film Festival - and also picked up gongs at five other film festivals throughout the world. Let's hope it is nominated for a well deserved Oscar.
It would be very deceiving to label it as a low budget Sci-Fi movie as this would conjure images of poor acting, cardboard sets and 'suss job' special effects.
'Moon' is a 97 minute feature film set on a moonbase with a very thoughtful script, first class acting and excellent effects work. Now, wait for it - the whole movie was made on an independent basis with a budget of £2,500,000. To some that may sound a large sum of money, but when you consider that far less effective mainstream Sci-Fi movies are being made for twenty times that amount then it pulls the enormity of its success into sharp focus.

Directed as his first feature by Duncan Jones (better known as Zowie, son of David Bowie) the film required a disciplined approach to film making to bring it in on budget. This meant shooting only what was required to tell the story without any self indulgent concepts affordable to a larger production. In this respect it helped that Mr Jones also wrote the script along with Nathan Parker so when other productions at our very own Shepperton Studios were folding because of a Writers strike, 'Moon' was able to continue shooting.
To keep the budget under control, the film also used the 'old school' approach to effects shots. Scottish model maker Bill Pearson, who'd previously worked on 'Alien', was called in to build the miniature craft, moonbase and lunar landscapes as well as many of the props. These were then composited with dust and lens flares to add realism. The end result is astounding. At no point did I find myself thinking “Wow, that's a nice model.”

But what of the story itself? It's difficult to say too much as many people may not have heard of it and I would hate to ruin it for them. It reminded me of something that might have appeared in 'The Twilight Zone' or even something that Roald Dahl could have written, with his dark undertones.
Sam Bell (Sam Rockwell) is a maintenance technician on a 3 year contract with Lunar Industries working on the Moon, where Helium 3 is being mined as a source of energy. His contract ends soon and he's looking forward to getting back to Earth to see his wife and daughter again. His sole companion on the moonbase has been a robot named Gerty (voiced by an emotionless Kevin Spacey) who is there to ensure his well being. By now, the audience is getting memories of 'Silent Running', 'Outland', 'Alien' or maybe even '2001' - as they were the Director's inspiration for the piece.
So, Sam wakes each day to the strains of Chesney Hawkes singing 'The One and Only' from his alarm clock - a nice piece of futuristic irony.
A fault on one of the 'collectors' (a huge mobile mining machine) sees Sam heading off in one of the lunar rovers to investigate the problem. On his approach, his attention is distracted and he crashes the rover into the side of the collector.
Sam wakes up back on the Moonbase as Gerty tells him he's had a slight accident and not to try to get up. Ignoring this advice, Sam struggles to his feet in time to overhear the tail end of a live conversation between Gerty and his Earthbound bosses - just enough to make him suspicious. He conjures up a pretext to check the exterior of the base for leaks but then takes another rover out to the crashed one. What he finds inside is only the beginning of self doubt, mistrust, duplicity and tension that leads to the movie's climax. Is he going 'stir crazy'? Will Gerty turn out to be just as evil as Hal 9000 in Kubrick's epic?
You'll have to watch it to find out as I'm not telling.

The script is clever without being high brow. It focuses on emotion. We feel sympathy for Sam as he goes through revelation after revelation - and we, as the audience, are with him every step of the way as the story unfolds. It's a very human tale, told in a way that keeps us involved and not as mere onlookers who are outside the goldfish bowl looking in.
Sam Rockwell's performance is superb as the man looking forward only to being with his loved ones again. To hold up to the scrutiny of the camera's lens for the duration with no other performer to share the blame places immense pressure on an actor. However, Mr Rockwell keeps a lid on it and delivers just the right pitch for the piece.

The cinematography by Gary Shaw looks handsome, the action mostly being contained within the walls of the moonbase studio set with occasional excursions to the lunar surface. It all conveys a fine sensation of cabin fever that we can share with Sam.
The score by Clint Mansell has a nice ominous feel to it that combines with the Moon's grey surface to help us understand why Sam wants outta there.

The pace of the whole movie is generally calm and laid back, reminiscent of '2001', and Duncan Jones direction is very assured. This is a man who knows what he needs to get in the can as he knows how he needs to cut it. There are some very clever, complex effects shots in the movie but to describe them would be to give the game away. Suffice to say they must have been a real headache to shoot.
It's the kind of impactful movie that we'd all like to be able to make and for someone to achieve this with their first feature is very impressive indeed - even if he does have a rich Dad.
I cannot recommend 'Moon' highly enough. Even when you strip out your admiration alone for someone getting an independent film made in recession ravaged Britain, this still remains an undeniably enthralling, engaging and entertaining production.
Watch it tonight!