And now for something completely restored 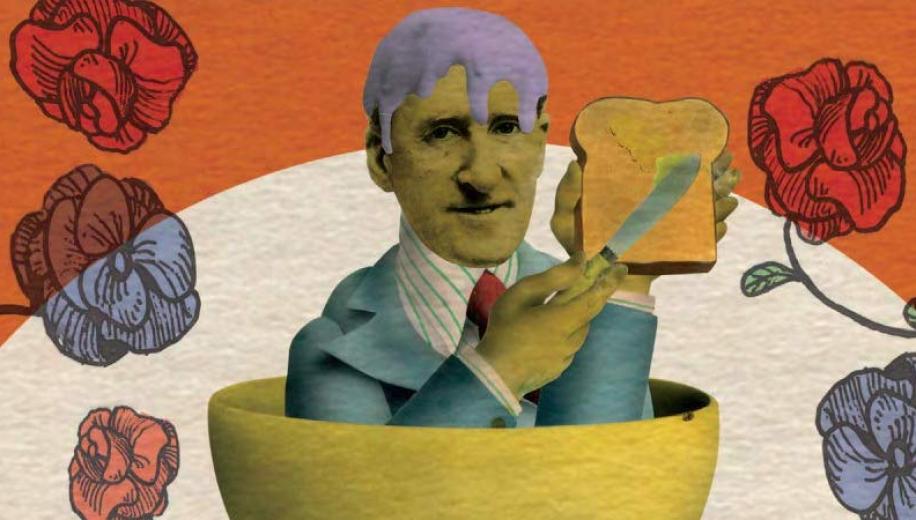 One of the greatest and most surreal comedy shows of all time, Monty Python continues to be hilarious even 50 years on.

Plenty of comedy shows from years gone by done not stand the test of time; the jokes are simply no longer funny. Even ignoring the racism and sexism that is no longer acceptable, the humour was beyond dated, it was often just tame. Physical comedy, and razor-sharp wit, as well as perfect comic timing leaves shows such as Laurel & Hardy and the Marx Brothers still enduring, but the British TV series Monty Python, first aired in 1969, survives on through the ages on pure insanity - its humour still as bewilderingly surreal and left-field as ever.

With each episode seeing Michael Palin's Robinson Crusoe-esque 'survivor' staggering on screen in increasingly elaborate ways to merely utter the word "It's" before John Cleese reads the "Monty Python's Flying Circus" title over Terry Gilliam's wild and wonderful animations, the stage was set for a series of sometimes only very loosely related skits occasionally featuring a through theme of something madcap like a pig mortality competition or hilarious reactions to nudity (or Graham Chapman's Army Colonel ending each sketch by saying that they are too silly), again often assisted by those great Gilliam animations. The players were a formidable team - Cleese, Palin, Chapman and Gilliam joined by Eric Idle and Terry Jones - and even in its nascent years, the series had some fabulously memorable sketches, including the Dead Parrot sketch and The Lumberjack Song, Bicycle Repair Man and Self Defence against Fresh Fruit .


The end result here is a miracle

Wow, where to begin. For starters, do not expect a miracle, even if that's what we basically get. Monty Python is 50 years' old now, and was shot predominantly on video. Not on film - although some parts (like the opening pre-credits skit) were shot on 16mm - but on plain old SD video. So, in context, that's a few hundred pixels on likely poorly stored video masters, and it's hardly a high budget production, with limited lighting also contributing to the limitations of what can possibly be achieved with this source material.

Given all of that, the end result here is a miracle, even if on a halfway decent 4K screen it's also a walking example of just about everything you don't want to see in a video presentation. It's woefully soft, and rife with haloing and banding, with many characters looking like full plasticine life models. But it is also clean and stable likely for the first time ever, lovingly restored to pull as much from the limited video source as possible, and fill in the gaps on the rest - hence the distinct softness. Of course the 16mm film footage is something of a step up, still not perfect, but making each intro noticeably better than many of the ensuing sketches. The animation too looks superb, and often feels like it has been even more carefully restored.

The colour scheme also wows, giving vibrancy to tones that were likely desperately faded all these years - suddenly breathing life into reds and greens in particular, and rounding out what is undoubtedly the best presentation the show will ever see. It's far from demo - indeed it's a demo example of everything you ideally don't want from a video presentation - but it's the best you could possibly expect from such poor source material.

A lossless Linear PCM 2.0 mono track gives keen and faithful presentation to the aural elements, again notwithstanding the inherent limitations, it's a strong track. From the opening sequence - often bustling with outdoor 'background' noise - to the orchestral title music, the studio sketches, and the memorable songs, dialogue remains well-rendered, effects (albeit extremely limited) gets some presence, and the songs by and large avoid being too tinny or clipped. With no pops or noticeable audio damage to the audio, this is a solid effort.

Network have gone above and beyond to provide yet more lost footage on the extras front, delivering the first 7 (uncut) episodes on Disc 1, and then the actual main extras themselves on the second disc, which also houses the remaining 6 episodes.


Network have gone above and beyond on the extras front

We get extensive Studio Outtakes on three of the episodes - Sex and Violence, Full Frontal Nudity and The Ant, An Introduction, as well as significantly extended Ron Obvious Filmed Material (with partial sound) as well as Clean End Titles for the episode, Untitled.