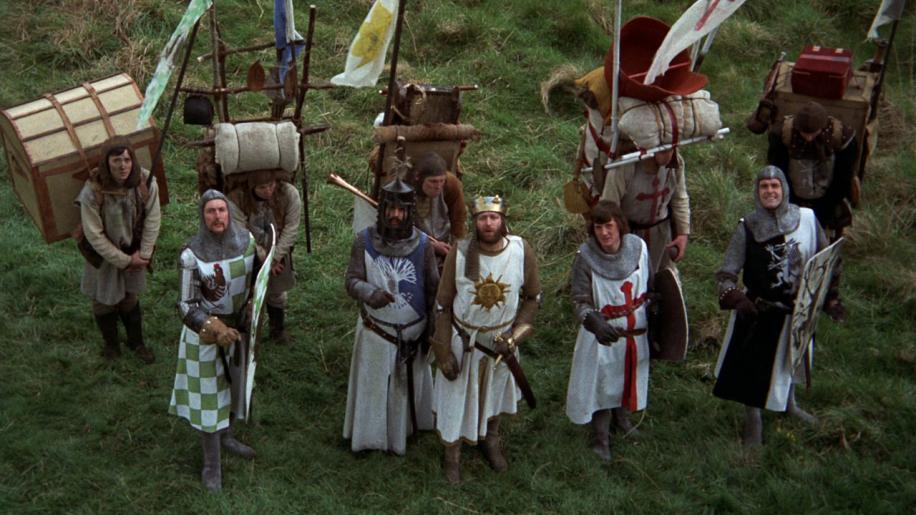 The regular cast from the television comedy series Monty Python's Flying Circus prat around dressed like knights in an attempt to retell the story of King Arthur and his Knights of the Round Table and their search for that most religious of relics, the Holy Grail. There you have it, that's the film in a nutshell. Oh yes, along the way they knock coconut shells together in an effort to seem as if they are riding around on horses and encounter a host of obstacles to their quest including the Knights Who Say Ni!, a killer rabbit and a commoner who believes that supreme executive power cannot be achieved simply because a watery tart was handing out swords.
Having read that opening paragraph one of two things will have happened. Either you'll have sat their chuckling to yourself remembering these and other hilarious moments from this comedy cult classic, or you'll have had a puzzled look on your face wondering what it's all about. If it was the former, buy this film and delight in its glories once again, if it was the latter, buy this film and find out exactly what you've been missing out on.