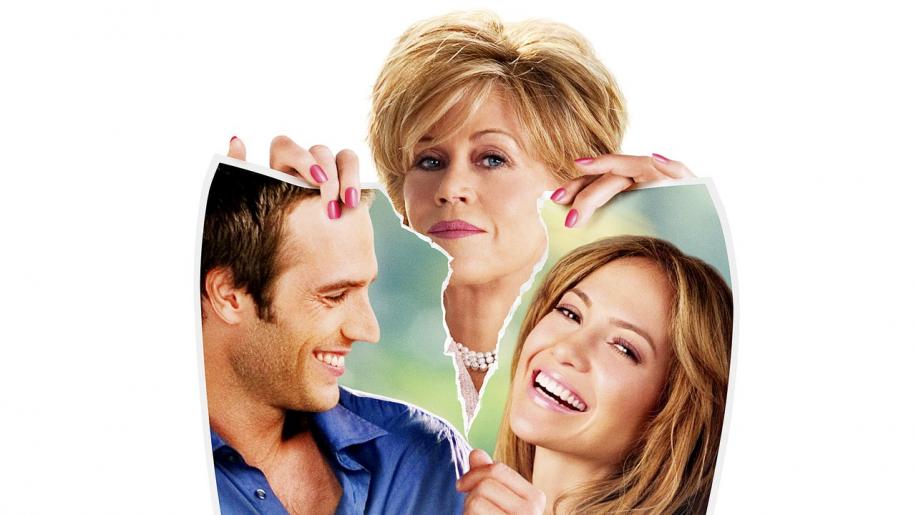 Entertainment in Video has provided a theatrically correct 2.35:1 aspect anamorphically enhanced for widescreen TVs picture with an average bitrate of 5.74 Mbps. I found the picture to be above average, while nothing is technically wrong there was little lustre or sheen to make it stand out from the crowd. Luketic favours a sepia pallet, and while this may lend warmth to the intended scenes it does have the effect of making skin tones noticeably yellow. Exterior shots are clear and bright without any colour bleed or wash. Brightness and contrast levels are well set calling for decent blacks when needed, giving a decent depth to the sepia tones. The detail has a little fluctuation; while most elements are well defined I did notice the occasional softness creeping into one or two scenes. Considering the discs full content I was surprised to see no compression problems and neither was there any edge enhancement so good marks there. Finally I was also please to notice no film grain, nor any print damage making for an altogether excellent transfer, yet as noted above, the end result favours an above average score lacking as it does that extra gleam.

The disc has two English tracks, a Dolby Digital 5.1 and a Dolby Digital 2.0 surround; the film is light hearted and this is reflected in the tracks. For the majority of the film it is the front three that get the action, very rarely did the rears see anything. Thankfully the front three cope very well with their workload, there are very few effects so wide separation is not necessary. Dialogue did contain some direction when needed, with occasional ambience at the various parties being the only other effects. The poor LFE gets the night off. Even during the score there was little to fill the room. The range was mid to high, always clear and precise and never distorted with no hint of background hiss. I would class the track as average at best, since there was plenty of scope to add decent ambience but alas this was not the case. Sadly the Ruby's Make-up Bag extra actually contains the best effects of the disc making full use of all the speakers including the LFE really filling out the depth of the song.

The surround track was very similar since it concentrates on the front by its very nature. Of course the separation was not as wide and there was no dialogue direction plus its range was slightly muted in comparison.

First up we have a veritable party of commentators from the films crew including Robert Luketic (director), Chris Bender (producer), Missy Stewart (production designer) Russell Carpenter (director of photography) and finally Wanda Sykes (Ruby). This large group is actually split into three groups with Luketic the only constant. This makes for some very interesting and diverse conversations during the course of the commentary. As usual there is much discussed, each group has something interesting to say, of the three I preferred the Wanda segments, listen you'll understand. This commentary is also subtitled, also includes the um's and ah's
First up there is Welcome Back, Jane Fonda a twenty odd minute featurette that is sycophantic in its gushing about Fonda. There is not a bad word said by anyone and all bow to her huge talent. Even Luketic said he was in awe of the woman and just bowed and applauded her on her first day of shooting. Too much sugar, I felt sick.

Next up we have Keeping it Real with Jennifer a six minute segment on the talents of Jennifer Lopez, equally sweet as that above but thankfully shorter.

Next up is the best extra by far on this entire disc, probably the only one worth actually taking the time to watch anyway, is Robert Luketic - The Man Behind the Monster featurette. This is a camcorder diary of Luketic's directional style and his personal thoughts during the making of the film. There is much behind the scene filming here as well as insight into the story from the guy actually making the film. I enjoyed watching this; he has a firm grasp of his craft even at such a young age!

Following on there is Vartan, the Man featurette another six minute segment full of sugar this time about Michael Vartan, he's good a poker don't you know.

Under the heading Trendsetters there are two six minute featurettes. The lifestyles featurette actually concentrates on the locations used within the film, explaining away the move to LA from a scripted New Jersey, the huge sets built and the locations used. Fashion talks to Kym Barrett, the costume designer and her insistence on making rather than buying costumes; again reasonably interesting with some behind the scene fitting. These two are reasonable watching free as they are from the gushing so apparent in the above features.

From this point forward all the following extras are 2.35:1 aspect anamorphically enhanced (not the gag reel) for widescreen TV's pictures with English Dolby digital 5.1 sound, I was impressed.The Gag reel is a compilation of gaffs, blunders and outtakes from the film itself and the featurettes that make up the extras. It runs for five minutes and you will never get that time back.

There are a number of deleted scenes introduced by Luketic he gives no indication for the excise. Most add little to the film and were probably removed for timing. There is an alternate final confrontation between Fonda and Lopez from the end of the film included which puts a far more sinister turn. This particular ending would have made the reconciliation far more difficult, thankfully it was changed to a far more satisfying conclusion. Each scene can be watched individually or all together, runs for approx 30 minutes.

Ruby's makeup bag, containing the best sound effect of the entire disc, is a one minute section of Ruby dancing to the invented for the film song Makeup bag, the song that the Brittney clone sings before Viola snaps.

Apart from an ad for the soundtrack of the film (with previews that take you to the second of film where the song is played) the final selectable extras are two teaser trailers and a full theatrical trailer for the film.

Monster in Law is a far too predictable romantic comedy (in the loosest sense of those words) that will probably be remembered as the film that brought Jane Fonda back to Hollywood. Perhaps that's best as it is unlikely to survive on its own merits. As a DVD Entertainment in video have provided a surprisingly good package, if you can get over the gushing contained within most them. But even with this decent number of features I am struggling to find anything to recommend, the quality of the film is representative of the quality of the sound and picture, average at best, dire at worst.