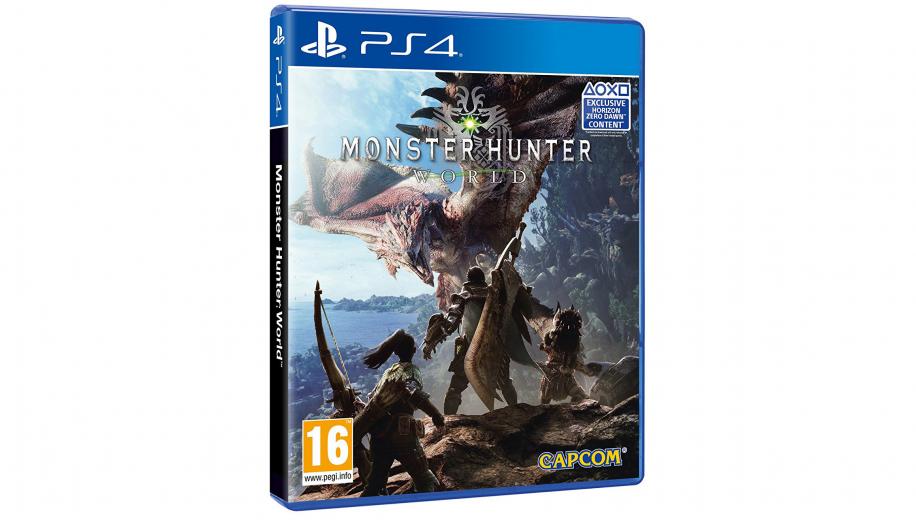 Videogame boss battles can be incredible things when done right, so it's no great surprise that the Monster Hunter franchise has developed such a fanatical fan base over the years. The gameplay loop couldn't be simpler – track and defeat one of myriad gigantic beasts, then slice them up and use their bits to improve your gear so you can tackle stronger creatures more efficiently. But as satisfying as the series can be, it has a history of being rather obtuse and convoluted with its mechanics, and that's precisely what Capcom is aiming to address with all the streamlining and refinement that make World the most accessible Monster Hunter game to date.

Just about every system has been retooled, fiddled with or completely overhauled, all in the name of helping players better understand and engage with the game. For newcomers, this will be a godsend while for veterans, there are so many wonderful quality-of-life changes that it's difficult to imagine going back to earlier games after playing it. Monster weak points, elemental weaknesses and item drops are all laid bare in the Field Guide, with increasingly detailed reports as you grow more familiar with each creature; crafting systems are far simpler, with success rates abolished and a novel new system that automatically converts materials found in the field into useful consumables; weapon upgrade trees are all fully visible in-game, allowing you to plot a path to the gear you want and even letting you track the required materials via the Wishlist; items like the Whetstone (for sharpening your weapon in the field) and gathering supplies are now unlimited and always in your inventory, accessible through either the traditional item menu or a new, quicker radial option. It's just you and your skills against something at least a dozen times larger. Often more. Sometimes, much more


Even the Scoutflies – the friendly bugs that lead you to your quarry once you find enough clues to pick up their trail – serve to develop the tracking side of each hunt far better than in previous games. As a veteran hunter, I feared this particular system might be a step too far into hand-holding territory, but it's actually oddly satisfying to pick up and follow a trail rather than just running to where you know the monsters spawn (or running around aimlessly until you see one) as used to be the case. And anyway, these little allies can only hold your hand so much. Once the target is in sight, they flee back to their pod and it's just you and your skills against something at least a dozen times larger. Often more. Sometimes, much more. When it comes to armaments with which to fell these creatures, you're almost spoiled for choice. All 14 usual weapon classes return – great for experienced players who already know what they like but potentially a little overwhelming for beginners. There's a neat little training area where you can play around with each type (they all have their own combos, mechanics and quirks), but I'd recommend either Sword & Shield or Long Sword for those starting out as they're probably easiest to get to grips with. Each fills a different role in battle, too. Blunt weapons like the Hammer are used to knock monsters out and buy time to further whittle them down, whereas bladed weapons can sever body parts like tails and are more effective on fleshy areas. There's a lot more nuance to how best to wield each weapon type and that still isn't explained all that well in-game, although practical learning is a huge part of what makes Monster Hunter so rewarding.

Just as you'll need to develop a full working knowledge of your own attack options, you'll also need to learn and adapt to those of your enemies. The more you fight a particular monster type, the more you'll come to recognise patterns, tells and openings, gradually turning near-impossible encounters into ones that it's possible to overcome without so much as a scratch. It's somewhat passé to name-drop Dark Souls when discussing difficulty such as this, but there are clear parallels to be drawn between the two franchises in this regard. As there, deliberate attack animations mean you need to commit to your every move, utilising the brief invulnerability window of the dodge roll to slip through incoming attacks before countering with exactly the right moves so as not to overextend or leave yourself open. Missions typically operate on a three-strike policy so you can even pick this stuff up in the course of a single mission if you're paying attention, returning to the fray after a defeat or two with a better understanding of the fight. Failure is only a bad thing if you don't learn anything from it. The New World, the game's setting, is a perfect opportunity for Capcom to shake things up with its rogues gallery, with significantly more brand new monsters to the series than returning ones. The shift to HD assets means that the overall count is somewhat lower than usual, but they're a superb and eclectic bunch all the same, ranging from traditional dragon- and dinosaur-like designs to skinless giant honey badgers and pink fluffy balloon bats. Even classic beasts like Rathalos are welcome, as they're even more terrifying now they're all shiny and HD. All can be turned into fetching new outfits once you've carved the requisite parts – now with a greatly revised skill system that makes it much easier to manage armour perks – and each presents a unique challenge, which in turn grows as you move onto the High Rank variants and beyond into the brutal Tempered versions that can appear in post-game Investigations.

It's already been confirmed that furious pickle Deviljho (an end-game nemesis that will eat anything) will join the roster soon, so expect even more marks to be added over the course of the year and hopefully beyond. It's not as if there isn't enough to do in the meantime, with hundreds of regular missions, special arena quests, and randomised Investigations with extra modifiers, tougher monsters and greater rewards. You could comfortably hit the 100-hour mark without seeing every monster, let alone the time it'll take to grind for all the best gear to deal with end-game threats. While its weighty combat (often erroneously labelled 'clumsy'... it's anything but, once you know what you're doing) means it still may not appeal to everyone, there's no denying that this is Monster Hunter at its most approachable. It's the same kinds of epic showdowns with incredible creatures that got the series this far, only this time wrapped up in a structure and systems that make its lush new world a joy to explore and rid of hazards in the name of research. A perfect gateway to the series, an exciting breath of fresh air for veterans, and the best chance the franchise has had to date of reaching the global audience it has long deserved. Grab your gear and a few friends, and we'll see you on the hunting grounds – while it's still good fun solo, working together with allies to bring down colossal creatures can make for some genre-defining co-op gaming experiences.