Capcom upgrades the 3DS's hunting swansong for Switch, but does it still stand up in a post-World world? 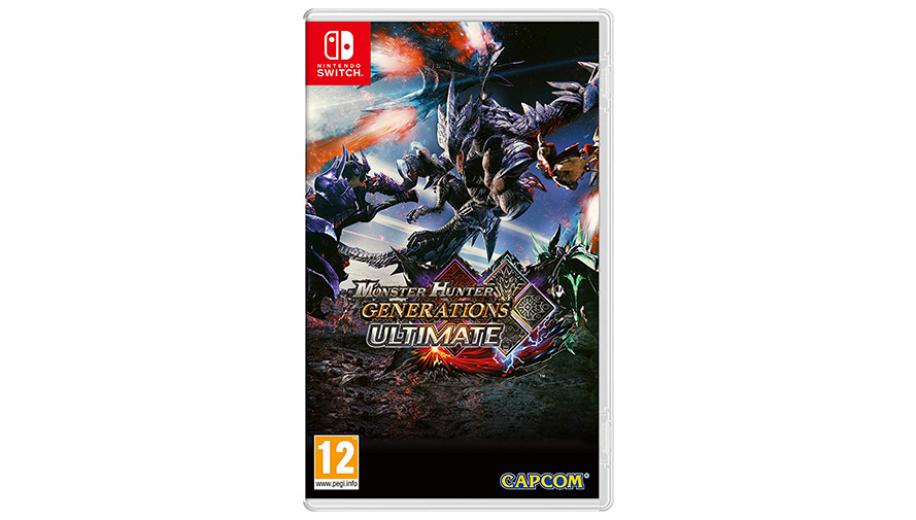 Monster Hunter fans have long lived with the fact that their obsession of choice is a particularly niche one – a series that celebrates things like repetition, grinding and brutal difficulty in a gaming climate where many studios are actively moving away from such matters. But then, earlier this year, something strange happened. Monster Hunter World launched in January to nigh-unanimous praise (ourselves included) and has gone on to shift over 10 million copies and become Capcom's best-selling game of all time. Yes, the latest instalment of our favourite boss battle grindathon has somehow sold more copies than celebrated Hall-Of-Famers like Resident Evil 4 and Street Fighter II. Part of it was a case of being in the right place at the right time, sure, but a lot of this success had to do with the way World iterated on and improved core systems that had long been the gatekeepers preventing new players from getting into the series. World was still a bit obtuse, but way less so than its predecessors... as you'll see for yourself, if you pick up Generations Ultimate with World having been your only prior experience of the franchise.

Let's get one thing clear from the off: World's existence and the improvements it made to so many systems don't inherently make going back to the old ways 'bad'. It's just different, although admittedly in a way that will require a lot more patience, homework and practice from newcomers to fully enjoy it. And sure enough, if you only joined the hunting party when World rolled around earlier in the year, a lot of things are going to conspire to cause one hell of a culture shock. Maps are back to being sets of smaller areas separated by loading screens; armour skills require a set amount of points to activate rather than just being baked into gear; there are no magic glowbugs to track monsters for you, so you have to find and tag them for yourselves; solo and multiplayer progress are split across multiple different hubs; the only way to know which quests actually unlock progress is to look it up online or to do everything. Despite how it may sound, none of these are backwards steps, which will be especially obvious to anyone who enjoyed the 3DS or PSP games previously. No, they're sidesteps, only ones that take the game away from the universal appeal that World's quality-of-life improvements cultivated and back towards the more niche hardcore appeal that the series always had before it miraculously hit the big time. Maybe you're ready for that now, maybe you're not. The demo on the store should be able to answer that question for you, although hopefully the fine assortment of words that follows below should also be able to do a decent job.


One hell of a culture shock For all the steps World took towards accessibility, its limitations as a full-fat console game were just as clear as they were the last time a mainline series entry ditched tiny handheld screens in favour of home devices (that'd be Monster Hunter Tri on Wii). As there, the work involved to get each monster into the game at the required level of detail left the overall count coming in way below par for the series, and the same goes for other aspects like weapons and locations, too. As such, Generations Ultimate serves as a real eye-opener as to how much content the best and most complete Monster Hunter games typically include. Before you're even out of Low Rank, you'll have seen more places and beasts than in the entirety of World – press on into High Rank and the freshly-added (for this game, anyway) uber-tough G-Rank and you're looking at around triple the boss monster count across easily twice as many maps, with literally thousands more armour pieces and weapons to make and upgrade along the way. Granted, there are some duplicates created by the various sub-species (what Monster Hunter game would be complete without at least three different versions of Rathalos, after all?) but in terms of variety and options, GenU presents the broadest spread in the series to date. Amazing, then, that so much of what it offers is so damn good.

One of our favourite things about Generations was the quality of its poster monsters. The Fated Four – bubble dragon Mizutsune, tusked fur mountain Gammoth, sparky dragonfly-alike Astalos and self-sharpening blade dino Glavenus – were, and still are, amazing fights, and that trend continues here. Not only do the overlooked three now get vicious new Deviant forms (Glavenus already had its Hellblade version) but the actual newcomers prove to be even better, with rocket-powered griffon Valstrax set to win Best Newcomer and the 'final boss' being beautifully bizarre even by the series' own esoteric standards. There are more options for how you play, too. Generations' main contributions to the series were to simplify things like attack stats down to more manageable figures, then to re-confuse the issue by adding Hunting Styles into the mix – four unique 'classes' that offered slightly different move sets and access to various Hunter Arts (read: special moves). Ultimate adds two more Styles for a total of six, and while the new additions are gimmicky to the extreme, certain weapons certainly benefit from the new options. Valor is a strange and quite complex option that involves sheathing your weapon to improve attacks and avoid damage, while Alchemy is more of a support style where you periodically get to use a tombola for various items and perks.


Beautifully bizarre even by the series' own esoteric standards As backwards as some of its systems may look or feel at first, Generations Ultimate is peak traditional Monster Hunter – if/when it clicks with you, you're in for a good time, for a long time. Battles are punishing until you learn to avoid and counter each enemy's unique attacks, but that's been true since the first game on PS2. There's only so much of World's success you can attribute to following in the wake of Dark Souls when the series has been doing the same thing since way back when FromSoftware's cult classic was just a twinkle in King's Field's eye. Learning and mastering a weapon is also hugely satisfying, especially with the options opened up by the various Hunting Styles. You'll go from getting bodied by bunnies and crabs to being able to dance around and batter the most badass of beasties without so much as a scratch, and there are few games that champion player improvement quite like Monster Hunter. The staggering wealth of options open to you in terms of gear and perks is another feather in its cap, too. In hours of online play, we never once saw two identical builds, and there's so much potential in the game's systems in this regard that you can make just about anything work so long as you commit to it fully.

And therein lies the primary drawback of traditional Monster Hunter – even getting to the point where you're having to worry about end-game builds requires either learning an awful lot of things that the game will never explicitly tell you, or getting carried in multiplayer. The latter is a poor option, as it stifles your own growth as a player and feeds bad habits, hence why so many blade randoms are happy to spam attacks on a downed monster's head while a hammer/horn user is too busy getting tripped up to knock the bugger out and actually do their job. But the game never tells you that such 'roles' exist – that blunt weapons should get head priority while blades stick to wings and tails for the most part. It's just one of the many learn-through-experience things that are rife in classic MonHun, and another example of why the series took as long as it did to find the success it genuinely deserves. If you were to equate getting into Monster Hunter with learning a foreign language, World offered a phrasebook that gave you everything you needed to get by, to even seem fluent or at very worst competent. GenU, like every other MonHun game before it, gives you two-thirds of a dictionary and a stern look. Getting to the point where you're speaking its language takes more effort, then, but the results are still very much worth it in the end. While harder to recommend widely than the much more user-friendly Monster Hunter World, GenU is still a fantastic game in a fantastic series, if one that requires much more audience participation to truly shine.

Improvements over the original 3DS game are far from trifling – it looks and performs better, and High Rank village, G-Rank hub missions and half a dozen new Deviants represent close to a 50% content boost, so play time can easily climb into the hundreds of hours if the game manages to sink its hooks in.

Whether it will or not may depend on a number of factors (including, among others, whether or not World has spoiled you with its various quality-of-life improvements), but we'd argue that there's a place in this world for both schools of Monster Hunter to exist. That'll ultimately be for Capcom to decide and this could well be the end of an era if World's success ends up further shaping the series going forward, but GenU's strengths prove that even if it's all change from here on in, the series was always worthy of respect and acclaim even in its unique, strange, raw, obtuse and downright fantastic natural state.