Mongol: The Rise to Power of Genghis Khan Movie Review 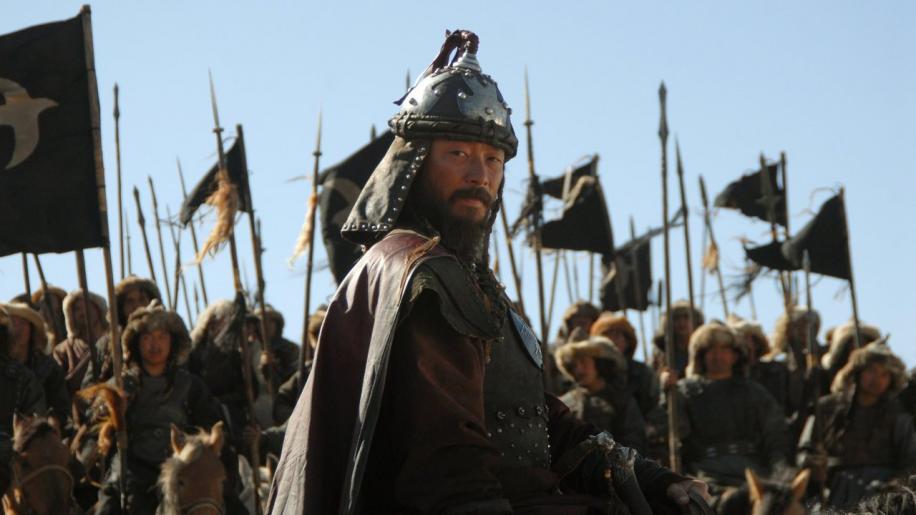 Mongol: The Rise to Power of Genghis Khan Movie (2007)

One mention of the name Genghis Khan and you immediately associate it with the great Mongolian empire that once spanned half the world. Sergei Bodrov took on the task of directing the biopic of the rise to power of the greatest warlord that the world has ever seen. A modern day epic about an empire that was conquered by what would have been a brutal marauding warrior in his time. Well this was definitely one film that I had been looking forward to see especially when he may not have been quite the savagely ruthless man that we all thought history had taught us he was.

Khan began his life in the year 1162 and died in 1227. Mongol the film picks up from when he was 9 years old and unravels his years going forward. Given the name Temudgin at birth, he was the son of Khan Esugei. As was Mongolian tradition back then the importance of political and strategic alliance was of paramount importance in keeping the peace. Much of this was done by marrying into the other surrounding clans in order to achieve that. Since Khan Esugei had stolen his mother from the Merkits many years before, it followed suit to help make peace that Temudgin marry into the Merkits as well.

Whilst on the way to them Khan Esugei stops off at a village of a friend. The young Temudgin (Odnyam Odsuren) soon meets a 10 year old girl by the name of Borte (Bayertsetseg Erdenebat). Being only 9 years old, it's a tender age and it's difficult to understand the meaning of marriage but he really likes her. He lets his father know that he actually wishes to choose his bride out of this particular clan and although not of his father's preference, the ceremony goes ahead. No doubt then that the young boy chooses Borte and they make a pact that he will return in 5 years time to marry her. All of this is of significant importance as it not only outlines the shape of the film, it actually the outlines the shape of his life.

Anyhow on their return home Khan Esugei, after an encounter with enemies along the way, dies from food poisoning and it leaves Temudgin without a father figure. Obviously in succession terms, Temudgin should now have become the Khan but as he is only a child the village is ransacked by a chap named Targutai. It leaves Temudgin very much out of succession and Targutai vows to kill him when he grows older. Mongolian tradition forbids the killing of children you see.

I have to say even at this early stage that I began to feel that this film was going to become a bit of a disjointed smouldering affair. The cinematography is impressive and much of the neutral palettes look beautiful but the story seems to progress very slowly and it's not as fluent as you may hope for. A bit hit and miss in places I would say. Anyway, by the following winter he runs away from the village into the mountains. Targutai continually sends people out to hunt him down but he always remains on the run. Temudgin is also very alone but he meets up with a young Jamukha (Amarbold Tuvshinbayar) who saves him from freezing in the snow. The two then choose to become blood brothers and it's a friendship that will last for life, well sort of.

However, Temudgin once again gets captured by Targutai. It's no fun and games for him as he is continually tortured over and over again for the next five years. Hmmm, what of this great Genghis Khan me thinks? This kid continually got beaten up and mocked in the village stocks for most of his youth! As time passes by he knows he has to return for his bride. He manages to escape and find his way to Borte's village. His love for her was clearly what had kept him going all those years and on finding her once again they become happily married.


Problem is the though the Merkits had never forgiven his father for the insult of having letting him marry into a weaker clan. The couple are not married for too long before the Merkits overpower the village and she's taken captive by them in revenge. All of this complicates and convolutes the film a little but due to the nature of the Mongolian clans, the strongest always survived and strength changed hands daily. It's all quite confusing but not enough that you lose the plot. You may however lose a little interest. The older Temudgin is now being played by Japanese born Tadanobu Asano and he plays the role quite well. In order to get Borte (Khulan Chuluun) back he needs some help and he asks his blood brother to help him wage war on the Merkits. Waging war on a clan just for a wife? Well it's not the done thing but Jamukha (Honglei Sun) decides to help.

They take the fight to the Merkits in their territory and win. Although the fight scenes are good it's not '300' kind of action and you may feel a little underwhelmed by it all. Borte is found alive but awkwardly she's now pregnant with someone else's child. The victory celebrations kick in and Temudgin shares his spoils of the Merkit village very generously with the men of Jamukha's clan. Now even though Jamukha is his blood brother and has helped him out, Temudgin feels that he cannot serve under another Khan. Following morning at the break of dawn Temudgin leaves with his wife and is accompanied by many of Jamukha's former men. Quite clearly scant reward for helping him out, Jamukha is perplexed as to why Temudgin has chosen to repay him in this way? The fault really lies with the men as they are won over by Temudgin's generosity and Mongolians choose there own Khan. It's a friendship that suddenly then turns to foe when Jamukha's younger brother is killed by mistake by one of Temudgin's men.

'The enemy of my enemy is my friend' and with that Jamukha coupled with many of Targutai's men decide to give chase. Although many battles can be won with brute strength, Genghis Khan was not just known as a great warlord but actually also as a great tactician. It's in this battle scene where Temudgin positions his far outnumbered men at the top of a mountain pass that gives clues to his strategic mind. Once again the fight scenes are good apart from the rather artificial blood splattering effects; poor use of CGI really.

The battle though is relatively small scale with no more than a couple of hundred men involved. If there's a criticism at this point I would say that the film continually promises to build to a grander scheme of things but it actually never delivers on that scale. My disappointment was beginning to set in as by now this film was far into its run time. Anyhow Jamukha's men eventually win the battle and Temudgin is captured. He is allowed to let live but is sold into slavery into the Tangut Kingdom outside of Mongolia.

In a Tangut border town he is imprisoned as a slave for all to see, nearby a monastery. Much time passes and as he weakens in body he strengthens in mind. The time spent being locked up in solitude eventually mentors him into thoughts of how to achieve a united Mongolian empire. It is actually quite sad to note that he spent so much of his formative years being either on the run or being persecuted by others around him. Maybe it was all of this that eventually made him into the man that he was? Perhaps I'm missing something here but Temudgin was actually nothing other than a bit of a loner.

Word of his whereabouts gets to Borte and she eventually finds him to help him escape. Finally they can both be together in peace and it's the first time that they are in each others company for any given length of time. It's not going to last though as he knows that he now has a far greater calling in life and his mind will not rest until he goes on to achieve it. The film hops skips and jumps in a matter of scenes and we are suddenly in the year 1196 looking upon a battlefield.

By 1196 he had gathered a large army of Mongols that shared in his philosophies and a final battle takes place with his nemesis Jamukha. At last I thought we're now going to get a battle that maybe worthy of this film! The fight scenes are excellent but it is disappointingly and bizarrely all too brief?

From fleeing the prison as a slave to the end of the main battle you really do feel the finale of this film has been a little rushed. There is also nothing further that follows on from that apart from the fact that by the year 1206 he ruled as the Khan of all the Mongols, Genghis Khan of the Great Steppe. It is no doubt a good film and there maybe other parts to follow but in my mind this one falls far short of being an epic when it so easily could have been one.