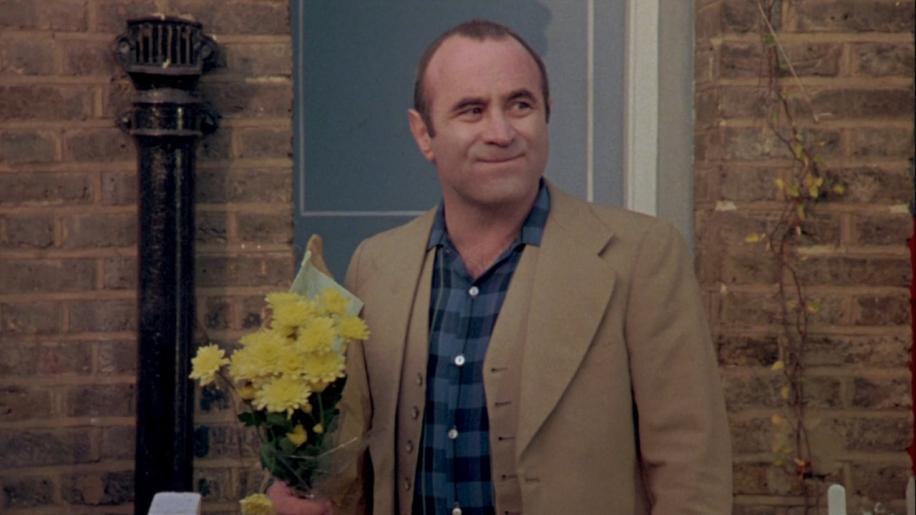 Most famous for his Oscar-winning The Crying Game, British director Neil Jordan is quite an unusual filmmaker. He’s done fantasy blockbusters – Interview with the Vampire; he’s done revenge thrillers (The Brave One); historical biopics (Michael Collins); silly comedy fantasies (High Spirits); and just plain silly comedies (We’re No Angels). Some of his best work has come working independently on low-budget, personal affairs, whether it be the aforementioned The Crying Game, or, a few years before, with his 1986 drama, Mona Lisa.

George is a small-time criminal who has just been released from prison, and is offered some fairly low-key work by his former boss – driving an escort around to her high class appointments. George is rough around the edges, an out-of-fashion Cockney wide-boy who simply epitomises political incorrectness. He’s blunt, often downright rude, and regularly bigoted – whether racist or sexist, take your pick. Simone, the lady of the night that he chauffeurs for, is elegant, comparatively well-spoken, and knows how to respect other’s privacy. She keeps herself to herself, and finds George’s attitude coarse and intrusive, but, somewhere beneath his massively unfashionable, aggressive outward appearance is a heart of gold, one which may just have fallen for this young prostitute. He wants to save her from the world that he thinks that she is trapped in but, little does he know, she may not be the innocent fallen angel that he sees her as.

Apparently conceived off the back of an article about a real-life ex-convict who was up on a GBH charge and claimed, in his defence, that he was protecting ladies of the night against their pimps; writer/director Neil Jordan could see the potential of this basic premise – essentially a London-based Taxi Driver – infusing it with a highly personal look at the huge difference in understanding between men and women, as encapsulated by what is, essentially, one of the greatest unrequited love stories ever committed to film. Named after what some would regard is one of the blankest canvasses in art history – the impossible to read Mona Lisa herself – it is clear right from the outset what Jordan seeks to achieve; painting a very male world, as seen through the eyes of a well-meaning but ignorantly misogynistic man, and injecting into this world a woman who appears to be many things to the men around her – lover, friend, victim, whore – but who has been labelled all these things by men. What she actually is may well be quite different from how the men around her perceive her to be.

Mona Lisa is also an utter mood piece, an atmospheric work which may well be driven by its central characters, but which is indistinguishable from its seedy London setting and suitably noir-esque style. Jordan succeeds in capturing the feel of the red light areas – the misty, smoky, grimy streets, with dodgy lighting – and contrasting it with the lavish decorum associated with the outwardly respectably but, behind-closed-doors, twisted and deviant clients. His lead may be painfully blunt and overtly prejudiced, but he is really just a child living in a corrupt grown-up’s world. His boss may be polite and friendly, but the cold look in his eyes betrays the snake-like evil within. And the girl in their lives seems like a sweet victim, despite what she does for a living – something which appears to be the reason for her tough exterior – but there may be far more beneath the surface than all the men around her assume. He charts their unusual love story in what feels much more like a gangster-style crime drama, a film which is also heavily populated with fantastical symbolism, reminding you that this is the most unrealistic of love stories (as epitomised by the lead character’s perception of the woman he’s in love with) – the fairytale romance. Only this fairytale is even gritty as hell, darker than anything even the Grimm brothers would have come up with.

Of course, integral to this whole affair is the Award-winning performance from Brit legend Bob Hoskins. Despite his diminutive stature – some regard him as the UK equivalent to Danny DeVito; or the film-based equivalent to pop-star contemporary Phil Collins – he’s a tremendous actor, a veritable powerhouse who knows how to turn it up to 11 whenever the need arises. Six years after his seminal stand in the classic Brit gangster flick The Long Good Friday, he took the lead in this film, and turned in such a great performance that some feel that he was robbed at the Oscars after losing Best Actor to Paul Newman (for, what some believe, was an honorary award for his performance in The Color of Money as a tribute for his unacknowledged work in the preceding film, The Hustler). And you can see exactly why many think Hoskins deserved it, turning in what is, ostensibly, a standard, aggressive, Bob Hoskins-is-going-to-headbutt-somebody portrayal which is actually – below the surface – well-nuanced, subtly reflecting the tragic innocence/ignorance of his character.

Cathy Tyson – who you might also know as a regular on the prostitute TV drama Band of Gold – is also excellent here, perfectly capturing the requirements of her character: a woman who can play whatever role a man wants; but whose actual true personality, desires and needs are well hidden beneath the surface. She’s unusually beautiful, innately sexual, whilst also strangely innocent on the surface, but she may just have all the men around her under her thumb. She’s helpless, yet unattainable – a great lead female. Robbie Coltrane also puts in a warm and welcome early performance here, half a decade before he became a household name with the fantastically flawed character of criminal psychologist Fitz, in Jimmy McGovern’s rightfully acclaimed TV series, Cracker. Coltrane plays Hoskins slightly eccentric but also far more worldly-wise best friend, a budding novelist who can see the end to this story long before his friend does. Then there’s Michael Caine, playing the malevolent former boss who now runs higher-class prostitutes. Caine’s a great actor, arguably Britain’s best, made famous in The Italian Job, an excellent lead in everything from The Ipcress File to Harry Brown, and a great supporting actor in films like this and, nowadays, everything from Children of Men to Inception. But during the 80s things weren’t always great for Caine, starring in some real turkeys – and it’s always interesting to see a movie like this which was made in such an era. The man can really act – and he can really do evil villain. And not in the hammy, frustratingly un-scary fashion that he did in Seagal’s surprisingly effective directorial effort, On Deadly Ground, but in a genuinely disconcerting fashion, seething menace throughout.

Even if all I remembered after watching Mona Lisa over a decade ago was Bob Hoskins driving around Cathy Tyson’s prostitute and head-butting people, this only made it an even greater experience rediscovering it, and understanding just why it has rightfully made the BFI Top 100 list. One of the subtlest, and greatest studies of the fundamental differences in thought-process between men and women (something of a personal obsession for writer/director Neil Jordan, who later explored similar themes in The End of the Affair), this is a brilliant 80s noir-infused drama, which mixes up elements of romance, crime and gangsters, classic themes from The Taming of the Shrew, notions of ‘saving the damsel in distress’ and a familiar premise from Taxi Driver, distilling it all into a potent concoction which defies pigeon-holing and remains a moody, atmospheric character-study – one that endures over two decades after it was first released.