The road trip of a lifetime with just one condition... Tom's 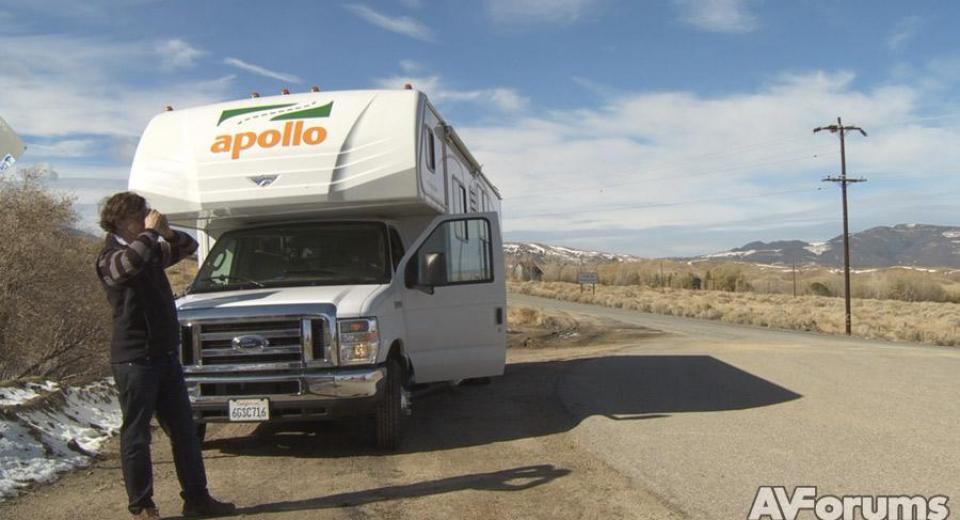 Lars Ulrich is a short man, with thinning hair and questionable taste in fashion. He's a warm, sociable, friendly and accommodating man - nay – gentleman. He's a modest, unassuming and caring man. Lars Ulrich is also a Heavy-Metal God. Chances are that at one time or another, one of his songs was on your lips, or in your living room. There's a good chance you wouldn't have known it either. He's revered across the globe as being one of the founders of arguably the most significant and important metal bands of all time. Lars Ulrich is the drummer in Metallica.

Tom Spicer has Fragile X syndrome, a hereditary protein deficiency that displays characteristics similar to that of autism. He lives in a care home in the English countryside. Routine is of the utmost importance to Tom as he finds comfort in knowing what's coming, what's expected of him, and suffers extreme anxiety at any confrontation or severely crowded areas. Loud noises are particularly distressing for Tom, and a large part of his day is spent wearing earphones that act as ear defenders, quietening the sounds of the day, making them a little easier for him to cope with. Tom is a gentle soul. Tom is Lars Ulrich's biggest fan.

Tom's brother and sister, Will and Kate, not the Will and Kate whose faces will forever be emblazoned onto various different types of crockery and cookware, plastered across dimly lit dining rooms with wood-chip walls next to porcelain ducks that forever dream of escape, decide they want to do something special for Tom. For as long as they can remember, Tom has been saying that he wants to meet Lars. It's become something of a mantra for him, and it's something that Tom's family have grown accustomed to, even ignored, perhaps.

With plans drawn up and tactics devised, the siblings launch Mission To Lars, where the ultimate goal is to get Tom in a room with his lifelong hero and metal icon, Lars Ulrich. The unlikely trio embark on their jaunt with high spirits. Leaving the shores of the English countryside to cross the pond to chase Metallica around the west coast of america for the three final dates of their U.S. Tour. They do this in an RV, which is a bit like a giant caravan. With only three tour dates left, time is tight and Kate, who is a journalist, attempts to find ways to get backstage at all three shows, while Will, a film maker, films it all. Now, I've been to enough shows in my time to know that it's hard enough to get back stage at a club, let alone an arena where one of the biggest bands of all time are playing. Kate has her work cut our for her in sweet-talking tour managers and roadies to gain the all important triple “A” pass – Access All Areas.

That's not the only difficulty they'll face though. Tom finds change very difficult, even in the comfort of his own personal belongings in his own surroundings, change can upset him to the point that he completely withdraws and seeks solitude. Put it this way – I'm not a great flier. The prospect of boarding a gigantic metal tube and strapping myself down amongst 300 other poor sods, is less than appealing. Don't get me wrong, I'm not the “hammering at the exits and terrifyingly squealing” type - I'm more the “sit there quietly enduring an introspective nightmare of inevitable doom” type. So I can barely imagine the anxiety that Tom must be feeling at the prospect of coming away from all that he's known, all that he's used to, and to America of all places. But Mission to Lars would be something of a disappointment on the whole if Will and Kate (stop that) had failed to even get Tom out of the country. I am happy to report that Mission to Lars is categorically not a disappointment.

Over the course of three weeks, the three siblings discover a lot about one another, and as we join them on this unique and incredible journey, we find ourselves learning just as much about Tom as Will and Kate do. It's a journey of discovery for everyone, and one that's wholly heart-warming.

There's a certain inescapable magic that is impossible to ignore with Mission to Lars – it's funny, sad, exciting, depressing, bright and bleak all at the same time. Well, perhaps not all at the same exact time, that would require a David Lynch screenplay directed by Mike Leigh with photography from Shane Meadows and scored by David Cronenberg. Suffice it to say, as far as documentaries go, Mission to Lars has everything. It has us irritated at the selfishness of Will and Kate, forever making everything that's happening about themselves, talking loudly about how Tom's reluctance to show excitement makes them feel bad – aww. It has us experiencing a quiet redemption for Will and Kate as they realise they're basically being unbelievably conceited and selfish at their constant outpouring of frustration and misery, finally noticing that it's really not helping Tom in any way. It's a rocky road to begin with, and for a short time it seems like Tom meeting Lars is more for Will and Kate than it is for Tom.

But as I said, Mission to Lars has got a little of everything, and that includes dollops and dollops of feel-good factor. Once Will and Kate get over themselves a bit, they try everything they can to pull Tom out of his shell, and they do it in a completely selfless way, finally. The final third of the movie is where Tom takes centre stage, and we start to get a little insight into how he's thinking, how he's feeling, and how he's struggling internally with simultaneously wanting to meet his all-time hero, and being completely terrified at the prospect too.

It's an epic and tiring mission, but it's one that's utterly inspiring to watch. It's funny, endearing and brilliantly sweet. Mission to Lars is a rare gem of a documentary, and one that is essential, even if you think you've never heard a Metallica song in your whole life, which, by the way, you're almost certainly wrong about. I was saddened to learn that the project was largely spurned by the rest of the band, but let's face it, Metallica wouldn't even exist without Lars, so he's the main man. There's even an incredible moment where, amidst the maze of back-stage labyrithine corridors and passageways, Tom bumps into Kerry King from Slayer (who Tom hilariously ignores) so there's enough here to not dwell too much on the fact that the band weren't interested in the film. It's only Lars that Tom really has any interest in anyway.

Whilst it's difficult to compare a documentary film with, say, an action film, the inescapable fact is that they are both movies. Just, movies of a different sort. You could argue that a comparison between a comedy movie and a horror movie (though in some cases the differences are indiscernable) is unfair because they occupy a completely different space in the genre spectrum, but it'd be a stretch at best to make this argument stick. Similarly, with Mission To Lars, it's hard to compare it against the likes of, say, Jaws - they're just too different to score on the same scale. With that in mind, my score of 8 here is based on where Mission To Lars sits against other documentaries - despite this fact, I can happily confirm that this movie is every bit as good as some of the better feature films I've seen. It's just different.

A solid road-trip movie that has ups and downs a-plenty, and feel-good factor galore. Without a doubt this is a happily surprising little gem of a piece, and I'd urge anyone to give it a go. If you don't like it, then you've more than likely had your heart surgically replaced with an apple or something - oh and Lars is probably going to get you, so sleep with one eye open...