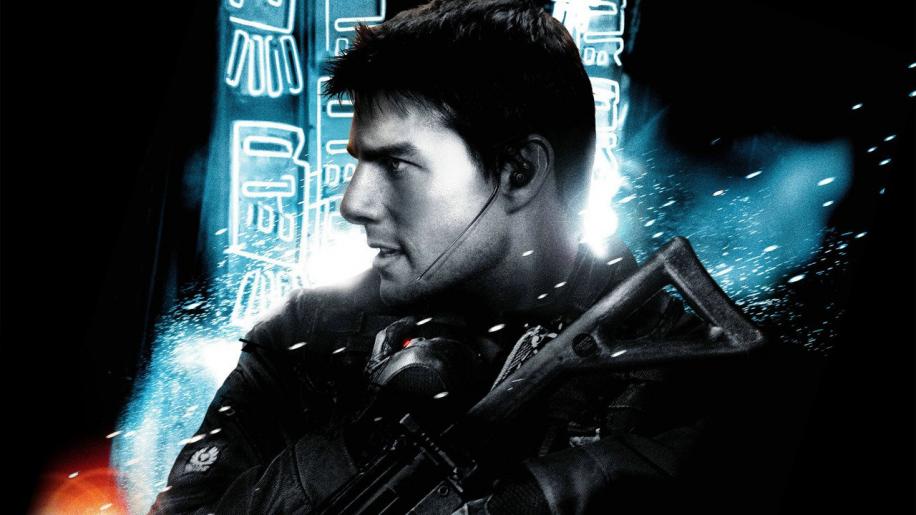 Ever since I was a child I have always loved Mission Impossible. Sure I enjoyed the visceral quick-fix of Knight Rider or the A-Team, but - despite it being much older - I always liked the complexities and intelligence of Mission Impossible. For me, it was always about a team of individuals - each with different talents - who come together to overthrow some small country's dictatorship, retrieve gold being used to start a fourth Reich, or prevent some stolen microfilm from being sold to an enemy. Whatever mission they had, their method of success was never through brute force or overwhelming firepower. They never got their hands dirty shooting people, instead infiltrating the organisations of their targets, undermining their allegiances to one another, and then turning them against themselves. For me, it was always what spies were all about. Sure, I enjoyed the thrills and glamour of Bond (of which the only instalment comparable in style to old-school Mission Impossible was, ironically, Licence to Kill, with Dalton's infiltration of the drug cartel) but the concept of a team of spies who would work together to complete their missions through getting their enemies to destroy themselves and then disappearing without a trace, was something I always found much more realistic.

In terms of bringing Mission Impossible to the big screen, it all seemed to be going so well on paper - Jon Voight playing the old TV series character of team leader, Jim Phelps, with Tom Cruise as the lead operative, Ethan Hunt (obviously based on Martin Landau's face-changing Rollin Hand from the TV series). There was even a femme fatale - Emmanuelle Beart - and an electronics/computer whizz - Emilio Estevez. Directed by Brian De Palma, this could have been a great tribute to a superior 60s series, but instead it was totally derailed and - with it - the entire franchise was thrown off kilter. Killing the whole Mission Impossible team and making Cruise's Hunt a rogue agent immediately set this up as being merely a modern-day Bond equivalent, a Bourne alternative - essential a one-man army, and a consequently a one-star vehicle. With a lacklustre attempt at reforming a team in the first movie, and an appalling member selection for the cheesy John Woo sequel, the idea of the Mission Impossible team was never fully realised on the big screen. So when Alias' J.J. Abrams got on board to do the third movie, I eagerly anticipated what he could bring to the franchise. Would he get the team back together? Would he finally pay the classic old series the respect it deserves?

After being disavowed from the Impossible Mission Force, then saving the world, getting reappointed and saving the world again, Ethan Hunt has ostensibly retired from field work. He now trains operatives to do the missions, and goes home to a loving girlfriend and a social life with friends and family. But when an operation goes awry, and one of his trainees gets captured, he is drafted back in to get her back. Soon, a simple rescue mission becomes a personal vendetta against an opponent who actually has the strength of force behind him to pose a threat not only to Hunt and his new team, but actually his own girlfriend. With the world once again facing disaster if things go wrong, and a very personal stake for Hunt himself, this could be the toughest impossible mission yet.

Well, as with the first of the Mission Impossible movies, this third instalment kicks off with a great pre-credits sequence. In fact, it is arguably the best pre-credit sequence that I have ever seen for a movie. It features Cruise at his absolute emotional best, at the mercy of a ruthless, seemingly unbeatable opponent - played by Philip Seymour Hoffman. If the movie had held true to the sentiments of this opening sequence, it would have been an absolute classic, not just in terms of the Mission Impossible franchise but in terms of the whole action spy thriller genre. Unfortunately, and somewhat predictably for those familiar with Abrams' Alias TV show, the ultimate payoff is an implausible, contrived plot counter-twist that cannot help but disappoint.

Major gripes out of the way, the third Mission Impossible movie is actually remarkably good fun. Ok, so we've still got Cruise's Ethan Hunt at the forefront and yes, once again, the mission becomes extremely personal for him, but there is more teamwork in this instalment than any of the others. The plot is also - aside from the aforementioned anticlimax - quite solid, with a decent villain figure and no shortage of great action set-pieces and stunts, as well as a few nice, classically tense impossible mission moments. The bridge sequence, which was shown in the trailer, is in itself breathtaking, and the pendulum swing makes for another grand stunt. There are no silly John Woo slow-motion kung-fu moments, with doves flying in the background, nor are there the convoluted, 'trust no-one' double- and triple-crossing antics of De Palma, but the end result is still not quite as good as the dark opening sequence promises. Abrams' Mission Impossible is basically a big budget big screen outlet for all of his Alias inclinations, framed within the classic Mission Impossible template. This is both a good and a bad thing: I personally loved Alias as a series, but it could have never really worked on the big screen because it was neither dark nor deep enough to work as anything other than a - fairly - shallow action spy thriller series, complete with soap opera elements. This is all true of Abrams' Mission Impossible, and whilst it is perfectly enjoyable and, debatably, the best in the series, it never lives up to your expectations from the opening two minutes and, consequently, does not quite have the punch to stand up to heavyweights Bourne and (the new) Bond.

Cruise - for all of his couch-jumping shenanigans, and despite the fact that I simply balk at this scientology nonsense that all the rich celebs are buying into, is one of the few actors whose name alone will justify a trip to the cinema. The Last Samurai, Minority Report, Collateral and now Mission Impossible 3, they are all decent efforts of varying worth, and I went to the cinema for all of them. However much the franchise has not quite captured the sentiment of the great original TV series, Cruise's Ethan Hunt is still a pretty cool character and being third to Bourne and Bond isn't that bad a place to be in action-super-spy rankings. His team include Pulp Fiction's Ving Rhames (returning from the first two instalments), the leggy, gorgeous, Maggie Q (who is also in Die Hard 4) and the cockney Jonathan Rhys Meyers, from Match Point. They're being run by Morpheus himself, Lawrence Fishburne, and are going up against Punch Drunk Love's Phillip Seymour Hoffman, both actors who have far more to offer than their relatively one-dimensional characters permit. Still, it's a good cast, with decent choices for the main team - not quite as good as the team established and then destroyed in the first Mission Impossible movie, but nevertheless the best we've had since. With Michelle 'Kiss Kiss Bang Bang' Monahan to round off the players as Cruise's love interest, they all work well together.

Mission Impossible 3 may not stand the test of time as a classic action-spy-thriller, but then again none of the instalments in the franchise have lived up to the legacy of the original, classic TV series. It does make up somewhat for the glossy but vapid second movie, and left things nicely set up for further instalments, although it seems now that Brad Pitt is likely to take his place on the couch after Cruise jumped off it. Which is a shame, because when all is said and done, Cruise is what makes this franchise still watchable and - private idiosyncrasies aside - it should have remained his baby. For those who enjoyed the first, laughed at the second and don't expect too much from this third movie, you are likely to find a great deal to enjoy here. It's consistently entertaining and basically quite a lot of fun, and it comes recommended.