"You have a wife...girlfriend? 'Cause if you do, I'm gonna find her and make her bleed and cry and call out your name. Then I'm gonna find you and kill you right in front of her." 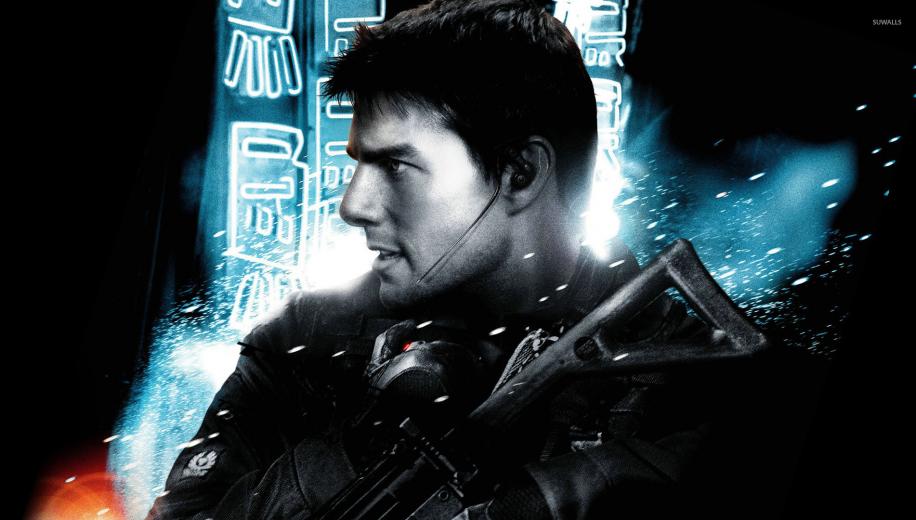 Originally set to be helmed by David Fincher, and then - most notoriously - Joe Carnahan, who spent a whopping 15 months working on the production, Mission: Impossible - III came after the longest gap in the franchise, some 6 years, affording then-budding writer/director Abrams a suitably exciting debut feature.

Playing it safe, Abrams cleverly retrofitted the model from his successful Alias TV series to make a feature-length Alias-themed episode of double-crossing, trickery and mcguffins which even started with the same sort of cold open which became an staple of Alias. It's easily the best opening scene in the entire Mission: Impossible franchise, and possibly one of the most memorable pre-credits sequences in the history of modern cinema.

Of course, Abrams could never fully live up to that opening sequence, instead relying on trickery to weasel his way out of a devastating sequence that was actually surprising powerful for such an otherwise blockbuster action-driven series of films, but his fun plot which pulls Cruise's recently-married IMF Agent out of retirement for another impossible mission is narratively taut, proving blistering good entertainment value.

With a slightly hit-and-miss team (Jonathan Rhys-Meyers, Maggie Q and Simon Pegg) that thankfully included Ving Rhames and also introduced the series to Michelle Monaghan's future sleeper love interest, the third entry is arguably the only one without a truly memorable stunt sequence, instead having to satisfy fans with a suitably explosive bridge helicopter assault that sees Cruise doing his trademark blown-sideways-off-a-car move, and with the franchise's all-time best villain in a role which was originally written for Kenneth Branagh (and, if Jack Ryan: Shadow Recruit is anything to go by, that would have been a bad decision) but instead went to the late, great Phillip Seymour Hoffman.

Just like the DePalma-conspiracy-styled first film, and the Woo-action-centric sequel, Abrams cuts his cinematic teeth by doing a directorial debut that essentially moulds Mission: Impossible III into a big budget Alias episode - for good and bad - affording fans cranked-up tension, high octane action, and some tense standoffs. Even if, as with Alias, his solutions to the impossible cliffhanger situations he sets up are never as satisfying as the build-up would lead you to believe, it's a technique which still works well to raise the stakes and keep you on tenterhooks. Mission: Impossible III may never get better than its opening sequence, but, boy, what an opening sequence!

The 2006 third film was shot on 35 mm film with VFX finished at 2K, and unfortunately is reputedly only afforded a 2K-based upscale here unlike the first two instalments, leaving it with a semi-skimmed upscaled 4K image which has been used here for this Ultra HD Blu-ray release.

After the stunning upgrades for the first two films, the third film is technically disappointing due to the 2K source. Sure the original Blu-ray had its issues but with a film source 10 years younger than the first film, it looked pretty respectable by comparison. The first two films had set a very low bar in terms of picture quality on Blu-ray, leaving it easier for their respective 4K presentations to impress, the third film has a number of disadvantages, coming from a slightly better Blu-ray already, and limited by a 2K upscale, leaving fans likely unmoved by the presentation here, and possibly even a little bit disappointed.

Getting past all this, it is actually a subtly impressive, solid, stable, refined and textured image, enjoying the sweaty, bloodied and beaten visages of the main cast members, the blood-matted hair, the battered clothing and the often weathered environments which are a far cry from the more clinical labs of the first two films. It laps up finer details, and renders clarity under a fine layer of natural grain.

HDR, WCG and Dolby Vision all work impressively to lend the tones on offer some serious depth and vibrancy. The palette is explored in every direction, and all the primaries benefit from the added colour work, with black levels remaining resoundingly deep and affording plenty of impressive shadow detail. Considering that the film has always suffered from odd-looking skin tones (check out the scene in the convenience store), it's amazing that the previously artificial pallor has been so vastly improved.

It's a shame there wasn't a 4K remaster for this film, as with the first two, but it's still a respectable upgrade.

As with the first film's 4K release and the second film's 4K release, some will find that Mission: Impossible III's 4K Ultra HD Blu-ray debut is something of a disappointment as Paramount didn't take this opportunity to properly upgrade the audio to the immersive HD audio variety, a la DTS: X or Dolby Atmos.

That said, again - as per the first two films - fans always had to contend with a mere lossy track for the last decade, so the upgrade to a lossless Dolby TrueHD 5.1 track is still significant, affording the third film in the spy action thriller series plenty more bang for your buck.


Better than it's ever sounded before.

It's a tense, in-your-face film, right from the electric opening sequence, and whilst the track doesn't quite have the kind of weight you'd expect from the myriad explosive setpieces, it packs a fair punch, affording the bridge sequence in particular some ear-ringing boom, with plenty of bullets whizzing around the soundstage for good measure.

Dialogue remains firmly prioritised above the remaining elements where the score (which even has its own Alias-style edge to match Abrams' narrative) offers solid support and near-consistent tension-fuelled urgency. It's not quite as engaging as it really should be, remaining a notch below demo, but still far better than it's ever sounded before.

Shockingly, we do not get the old set of extras included in the package, not even on the accompanying Blu-ray.

Shockingly, not only do we not get the old set of extras ported over to the 4K Ultra HD Blu-ray disc itself, but we don't get them at all in the package, not even on the accompanying Blu-ray. You know why? Because they didn't bother including it!

Mission: Impossible III's Blu-ray release originally had just the Audio Commentary on the film disc, and an entire second disc of further extras. Mission: Impossible III's 4K Ultra HD Blu-ray release ports over the Commentary to the 4K disc itself, which is pretty unsurprising, but then only includes the film disc of the old Blu-ray set which - you guessed it - only includes the Commentary as well, dropping the entire second disc from the package, and thus dropping all the juicy extras too. Great work, Paramount, great work.

The third film enjoys an upgrade not wholly unlike the first and second on 4K Ultra HD Blu-ray, limited by a 2K upscale which technically disappoints over the full fat 4K presentations of the first two films, but still impresses in motion, and afforded a lossless audio upgrade in-line with its predecessors. Indeed it's only the extras package which is shocking, out of sheer laziness. Otherwise this is another recommended entry in a great overall box set.