"Should you or any member of your I.M. force be caught or killed, the secretary will disavow knowledge of your actions." 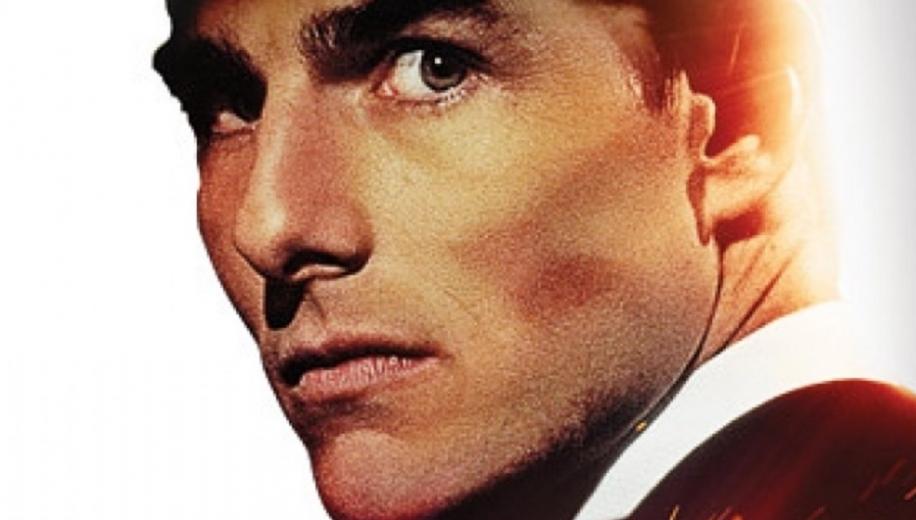 With Mission: Impossible - Fallout just around the corner, it's the perfect time to revisit the rest of the series, starting with Brian De Palma's thrilling first entry.

22 years ago, Mission: Impossible finally came to the Big Screen, a long-gestating project which had, at one time, been designed to include some of the original TV series cast members. Securing the distinctive directorial talents of Brian De Palma, the 1996 film ditched the original show's notion of core teamwork in favour of more traditional De Palma double- and triple-crosses, seeing frontrunner Tom Cruise promoted to star of not only the film, but the franchise.

Plotting a complex narrative founded upon almost incessant treachery and Rashomon-esque misdirection, De Palma reimagines Mission: Impossible in the vein of his Hitchcock-inspired classics Blow Out and Body Double, playing mischievously with what his characters - and thus the audience - actually see, and using this misdirection to fuel the twisty thrills.


De Palma reimagines Mission: Impossible in the vein of his Hitchcock-inspired classics Blow Out and Body Double.

Although delivering some wondrously impressive action setpieces wrought with unyielding tension (the Langley hanging-from-the-ceiling stunt is still one of the franchise's most memorable), and also his biggest stunt to date (the audacious Eurostar train sequence), De Palma's actual story would be remixed by Chinatown screenwriter Robert Towne to work out the kinks. Nevertheless it bears the director's trademark skewed camera angles, close-ups and conspiratorial paranoid tendencies.

With an all-star cast including the likes of Jon Voight, Emmanuelle Beart, Jean Reno, Ving Rhames, Kristin Scott Thomas, Vanessa Redgrave and even Emilio Estevez, Cruise - who was enjoying a career high at the time - ultimately made the piece his own; the last man standing who would carry the series on to be one of the greatest franchises of all time.

The 1996 first film was shot on 35 mm film with VFX finished at 2K, although the film has been rescanned and mastered in 4K, which has been used here for this Ultra HD Blu-ray release.


The best the film has ever looked.

Undoubtedly the Mission: Impossible upgrade on Ultra HD Blu-ray is one of the most clear-cut of the entire set, providing not only a world's apart difference from the original Blu-ray but also a presentation which is oftentimes pretty impressive demo material.

Sure the film is 22 years old and the effects are a little limited, but the original cinematography holds up spectacularly well, with the new 4K remaster bringing forth a keen level of precision and some hitherto unseen detail that likely - alone - leaves this the best the film has ever looked. De Palma's crazy camera-angle close-ups look fabulous, better than ever before. Effects hold up remarkably well, especially considering the 2K restriction on them, with only a scant couple of shots across the entire runtime faltering in what is an otherwise very impressive presentation. And that's even before we get to the HDR and WCG.

The colours here are superb, rendered with depth and vibrance that gives the feature a new lease of life (the opening pre-credits sequence and title sequence are blisteringly punchy), positively bringing it into the modern playing field alongside its later sequels, with rich blood and lipstick reds the most prominent in the palette, but colours refined across the whole spectrum, noting lush greens in the reception and prominent blues on little touches like the lighting and the moonlight on the riverfront, and refining dominant mahogany browns. It's superb use of HDR and Dolby Vision.

Black levels too are richer and deeper than ever before, yielding significant shadow detail which is of particular benefit given the director's preference for early act shadow-play.

In terms of Dolby Vision specifically, the difference is the least noticeable amongst the enhancements, adding a little added depth to some of the colours and more depth to the blacks, although you'd be forgiven for not noticing much of a distinction in that respect at all beyond the already excellent HDR implementation.

The only issue is perhaps the noise, which is variable from scene to scene, with a select few of the post-credits title shots (i.e. when the credits are still rolling through the film proper) shimmering with almost distracting noise (perhaps even accentuated by HDR), although the majority of the main film beyond this is stable. All in all, it's a fabulous upgrade.

For some, Mission: Impossible's 4K Ultra HD Blu-ray debut is something of a disappointment as Paramount didn't take this opportunity to properly upgrade the audio to the immersive HD audio variety, a la DTS: X or Dolby Atmos.

It's a fair point, but considering fans have been making do with a lossy 5.1 track for the past 11 years, the upgrade here is still sizeable and significant. The lossless Dolby TrueHD 5.1 track blows away its predecessor and leaves the film sounding better than ever before.


The lossless Dolby TrueHD 5.1 track blows away its predecessor and leaves the film sounding better than ever before.

Dialogue remains firmly prioritised, given clear and coherent distinction across the frontal array, whilst Danny's Elfman's playful score (which, in all honestly, didn't make the most of the seminal theme music by legendary Bullitt composer Lalo Shifrin) gets strong coverage across the surrounds.

Effects make an impact too, with De Palma's attention to aural detail accentuating the nuances, which are given superior and discrete dissemination across the surrounds, levelling with a nice underlay of LFE punch.

Aside from the excellent finer flourishes, it's of course the action setpieces that really thrill, with the train sequence in particular the polar opposite of the Langley infiltration (where silence is key, and every little nuance is picked up on, literally) brimming with tearing high-speed wins, whipping helicopter blades, and even an explosion for good measure. Sure, we don't have Atmos, but between the 4K video and the lossless audio Mission: Impossible has still never looked or sounded better.

Paramount don't really do much in the extras department, missing the opportunity to capitalise on the release of the upcoming Fallout by featuring a few retrospective supplementals, and not even bothering to port over the archival material onto the Ultra HD Blu-ray disc itself, instead providing fans with a disc they likely already have - the same Blu-ray disc from 11 years ago.


Not a bad selection.

Obviously that means the extras are the same, but once you get past all these disappointments, you find it's not such a bad selection to revisit, with over half a dozen Featurettes, some of them quite hefty, including a reflection on the larger TV series franchise before the films, the stunts, the characters and story, and Cruise's import. Perhaps missing a Commentary from De Palma (however unlikely that may have been) or at least Cruise, it's an otherwise pretty decent selection.

The 1996 original Mission: Impossible comes to the UK as part of a 5-film franchise box set released by Paramount just in time for the upcoming Mission: Impossible - Fallout. The stunning new full fat native 4K Dolby Vision-enhanced video presentation and lossless audio track make for a tremendous upgrade over the existing Blu-ray and, throwing in the existing bevy of extras, this is the definitive release. Highly recommended, it's a must-have disc and package.