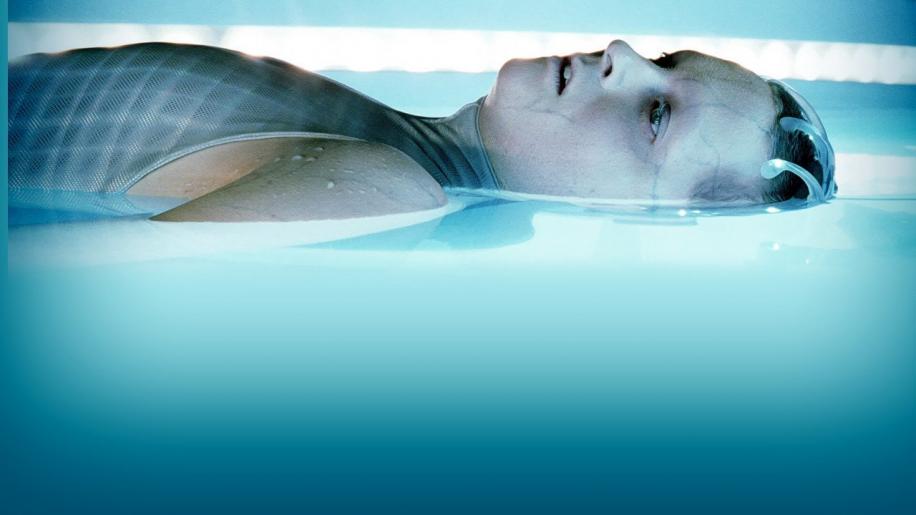 The future can be seen as many things. Sometimes this is a run down dystopian future with no hope, such as Blade Runner . Other times we are presented with a utopian, Star Trek style, future where crime is eliminated and everyone works for the benefit of others. Ever wondered at what cost all crime can be eliminated ? This is one of the questions that Minority Report asks of us viewers, but more on that later. First a story breakdown.

Tom Cruise plays John Anderton, detective in the Pre-Crime unit. He is on the bleeding edge of the war between crime and law. Or murder at least. You see, Washington has been blessed with a trio of psychics known as “pre-cogs”. The pre-cogs are very sensitive to acts of passion, pre-visualising such acts, like murder, before they happen. It is in this capacity that Pre-Crime use the pre-cogs - enabling Pre-Crime to apprehend a criminal before the murder is enacted. A resounding success. A perfect system. Until John Anderton himself is singled out as a murderer. Now he must run and try to figure out a way of foiling the perfect system, and in the process, change his own, murderous, fate.

In terms of acting, there is little to fault. Tom Cruise is one of the best technical actors out there - you only need look at Magnolia to see that. Max Von Sydow's screen presence is simply towering, making just about everyone scenery in comparison. The way he says a simple “NOT NOW!” to a press conference request is testimony to this. If there is one complaint it is a sometimes over the top performance from Samantha Morton as Agatha, but this really is nitpicking.

So, can someone be guilty of a crime before they have committed it? Can we have a free will if the “big brother” pre-cogs have already determined our fate? The more you think about Minority Report's premise, the more philosophical the whole thing becomes. In this respect, Minority Report is an interesting proposition, prompting us viewers look beyond the movies physical boundaries.

Minority Report is not a deep movie, though. Instead, we have an action movie which looks to emotional and psychological subtexts as a means of progressing from one set piece to another. For example, things start to look interesting as John Anderton is on the run after viewing his pre-ordained crime. What I was expecting was a complex, twisted psychological maze, with John constantly fighting against the system and his destiny to avoid murdering someone he doesn't even know. Instead, we shortly have John cornered in an alley - an action set piece which sees officers in rocket packs flying through apartments and kitchens, char grilling burgers as they go. This is one of a few contrasting scenes whose emotional content is at odds with the rest of the movie - look out for when John drops an eyeball after a particularly grim encounter with an eye surgeon. The whole tenor of this scene belongs to a carry on movie, not here.

Now, if you are merely expecting a straight forward action movie, then there isn't too much to complain about. Scenes are loud, the effects are good and imaginative licence has been used for some of the more kinetic showdowns. In particular, the car manufacturing plant has some outstanding action.

While this movie is better than average, and considerably better than the utterly dire A.I., I think that the promise of the original story is not fulfilled, leaving us with a strangely ineffective action movie.