If you don't need Ultra HD, look no further 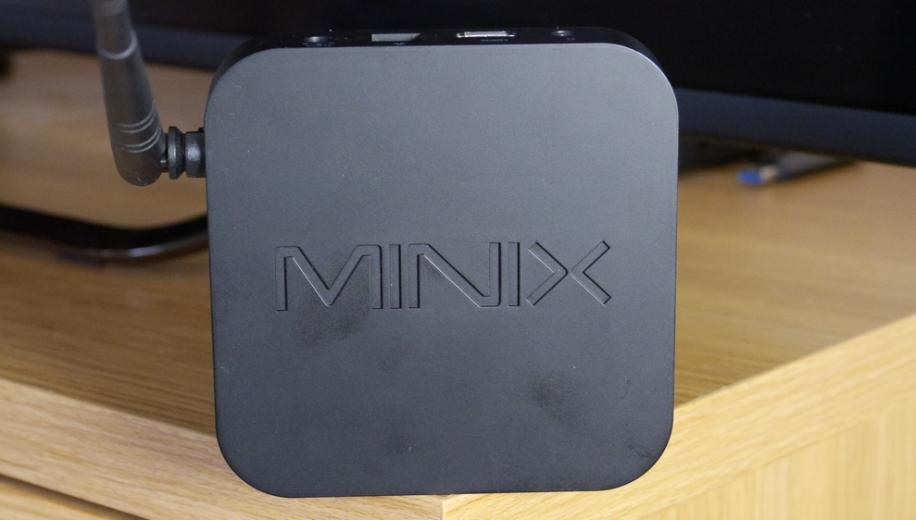 What is the Minix X6?

This is the most junior model we’ve reviewed from the Minix stable but still comes well equipped to service the needs of the majority of consumers out there. What we’re alluding to there is the fact that the Neo X6 is not Ultra HD/4K capable but since most folks still have 1080p TVs, it’s not an issue, just something to be aware of. You can pick up the Minix Neo X6 for around the £70 mark on Amazon (August 2015) which is more expensive than some comparable devices but given the manufacturers excellent track record in updating their players’ software, the premium is likely worth it; let’s see if it is..

Most importantly, the Neo X6 runs off an Amlogic S805 Quadcore processor assisted up by a Mali-450MP4 Quad Core GPU and backed up with 1 GB of DDR3L RAM. That’s a fairly modest set of key specs but ample for Full HD playback and the X6 can decode 1080p HEVC based video, so it’s somewhat future-proofed. Built-in storage comes courtesy of 8 GB eMMC Flash memory, which is expandable by a further 32GB via the TF card slot. Out of the box, the X6 runs on Android 4.4.2 (KitKat) and our review sample came with Minix’s 005(20150516) firmware but if yours is on stock (20141024), you’ll want to update. We’re now on to the 007A revision.

The Neo X6 has two v2.0 USB ports on its right flank, together with an inset power button and the aforementioned TF/Mini SD card slot. Around the back is a v1.4 HDMI port, along with the headphone jack, the power supply (UK plug – no need for an adapter) input and a 10/100 Mbps RJ45 LAN connection; the Neo X6 also features support for single band: 802.11n Wi-Fi as well as Bluetooth V4. It’s worth noting that the Neo X6 also comes with an HDMI cable and an infra-red remote control. The Minix Metro launcher has undergone a recent facelift which has mostly improved the general look, in terms of icon design, although the layout is just as is was previously. Metro presents a tiled screen with the likes of Movies, KODI, Music, Gaming, Web browsing, File Explorer and online video streaming services tiles featuring prominently. Under those you can then group any number of relevant apps to make getting at what you want quick and simple, although we would like the option of being able to automatically load an app from a tile, rather than having to choose each time. The supplied remote, pretty much per every other box on the market, is nothing special but it gets the job done. It does require line of sight – seeing as it’s infra-red – and beyond using the Minix Launcher, KODI and a small selection of ‘leanback’ friendly apps, it’s a bit limiting so you might want to seek out something with gyroscopes and ‘cursor’ control if you’re going to use a wide range of Android apps; Minix gave us their A2 Lite remote for the purposes of the review and unsurprisingly it works very well.

Minix is excellent in terms of providing useful features for ease-of-use beyond the normal scope of the Android OS. This means you get nice-to-haves such as HDMI CEC, meaning you can use your TVs remote to control the X6 and you also have support for Harmony universal remote controls. Version 006 also brought with it a self-adaptive refresh rate switching feature, which we’ll look at later on, and version 7 provided an SMB server function, allowing you to access media files stored on the X6 over the network. And the even better news is, Minix shows no sign of slowing down on the updates front so more goodies should be added soon.

The network performance of the Minix Neo X6 was also very good. Using ES File Explorer, transferring a file via, SMB, we got average speeds of 3MB/s over WiFi and more the 5MB over the wired connection. Using an internet speed test which dispenses with the TCP/IP protocol, the Neo X6 has a maximum throughput of nearly 90Mbps, which should be more than sufficient for most.

As far as my own usage pans out, there is no compelling reason to use the inbuilt, specially tailored version of XBMC any longer since the latest stable build of KODI (15.1) has excellent support for hardware decoding on the AMLogic chips. You might feel differently if you use Live TV/PVR functions in XBMC/KODI as we’ve seen reports of some users suffering on Isengard. The other main use case scenario for Minix XBMC is for 1080p HEVC encoded files as it supports hardware acceleration where KODI doesn’t. The further good news here is that Minix is currently working on their own version of v15 which should be ready to go shortly.

You wouldn’t expect the Neo X6 to tear up any trees in benchmarking tests, given its middle of the road specification and, indeed, an overall Antutu score of 18,309 is nothing to get too excited about; for comparison the X8-H Plus scored 32,444. That said, where the X6 struggles is with 3D graphics and multitasking so if gaming is a consideration or you plan to have a lot of apps running concurrently, you might be better looking elsewhere. That’s not to say that it can’t run games but something fairly graphically complex, such as Beach Buggy Racing, will exhibit noticeably low framerates on anything above low settings.

In terms of video playback, however, this device is very strong and barely tripped it up with any of the test files we threw at it. All AVI, MKV, FLV, VOB/IFO, and MP4 files played fine and, bar a very high bitrate MKV (120 Mbps) they all played smoothly, with output refresh rate matching the content framerate. In fact, for us, this is one of the things that make the AMLogic based Minix devices so appealing as there’s few things worse, from a videophiles perspective, than seeing choppy movie playback when the device wont switch from 50/60hz to the correct 24Hz (23.967 usually) frequency. There are other Android boxes that can do it but not with all material (some are limited to local files so streamed won’t switch) and to and from all the key refresh rates. We guess we should mention that the Neo X6 won’t play 3D ISO files, if you’re a lover of that format, but it will play your 2D Blu-ray ISOs.

Whilst this box is undoubtedly excellent for local media and content streamed via KODI, if you’re seeking a device that will service you solely for mainstream video apps such as Netflix, Amazon Instant, BBC iPlayer, All 4 and YouTube get yourself a Roku, a Smart Blu-ray player or an Amazon Fire TV. The blame can’t be laid at Minix’s door, however, with Netflix in particular guilty of releasing poor Android apps for the majority of devices. You can work around the resolution limitations and/or choppy playback for some of them – iPlayer & Amazon in particular – by using the relevant KODI add-ons but setting those up is not going to be for everyone.

There are very few TV boxes capable of either passing-through or bitstreaming HD audio from movies and the Neo X6 isn’t one of them but it had no issues with ‘regular’ Dolby Digital/DTS 5.1 material. We found it would struggle with DD/DTS 7.1 where we would get audio but poor video playback, although that’s hardly a great deal of this content around. It’s worth noting the X6 doesn’t have a dedicated digital audio output, so make sure your setup is HDMI friendly. We found the Bluetooth transmitter to be fairly strong and stable and we happily streamed from the X6 to various Bluetooth audio equipment we have around, using TIDAL and Spotify.

Should I buy the Minix Neo X6?

If you have no interest in 4K/Ultra HD and don’t anticipate you will in the near future, then the Minix Neo X6 makes for an enticing proposition. Minix has made the firmware near rock solid whilst still managing to add some genuinely useful functionalities not present in the vast majority of the, admittedly less expensive, competition. The Neo X6 is particularly blessed in terms of video playback where its automatic refresh rate switching provides the smoothest possible playback but it has other strings to its bow too. Network and internet speeds are very good, the build quality is also impressive and you get other nice-to-haves, including SMB, HDMI CEC, Miracast and Google TV remote support. All in all, the Minix Neo X6 easily justifies its price tag and is, therefore, well worthy of an AVForums Recommended Award.

A decent budget alternative would be the Zidoo X1 which costs around £50, although it’s not as complete a product as the X6. For a spot more horsepower and (limited) Ultra HD support you could consider the Minix X8 Plus or if you’re looking for a good blend of mainstream apps plus a (slightly limited) Android experience, the Amazon Fire TV is also a good bet. Alternatively take a look at all our favourite media streamers here.