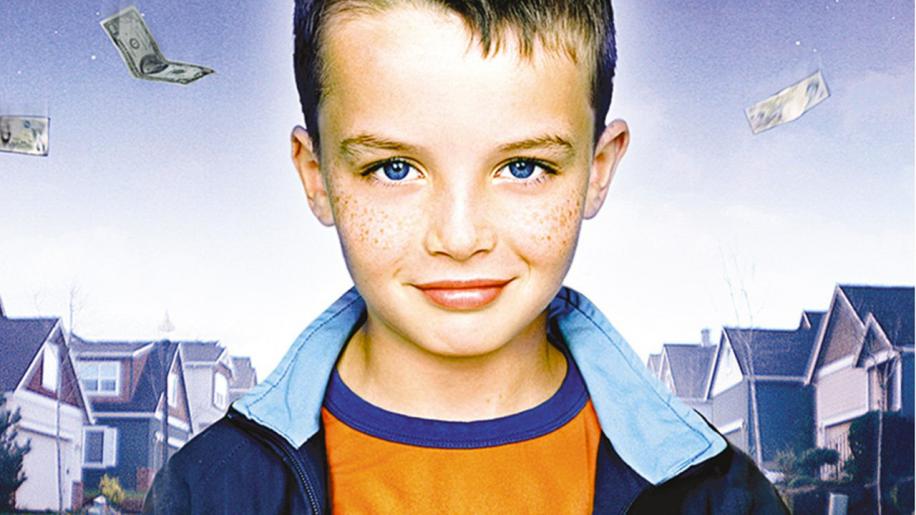 Can anyone be truly good?

I have seen some of the worst excesses ever put onto celluloid. Being a child of the video generation, I was brought up on a diet of horror and depravity, viewed some of the most vial, sickening images from the darkest recesses of the directors mind. Japanese torture, German cannibals, American excess, been there, seen that; did it affect me? Like water off a ducks back. For years I thought I was invincible, unable to be horrified as I delved further and further into the worst of the worst. And then I found it. The scene that has affected me more than any other, and it still affects me to this day. It was not in the multitude of rotten, low budget rubbish that I had gorged on. It was in a mainstream film, a Danny Boyle adaptation of an Irvine Welsh novel. The film: Trainspotting. The scene: the reaction and reveal of the baby allowed to die because its parents were wasted on heroin. This one scene alone haunts me; even writing about it now induces mixed feelings of nausea and admiration. Since that time I've found other mainstream films that have had a profound influence on me; Darren Aronofsky's sublime Requiem of a Dream, surely the best horror film of all time, is but one. But I will always have a special place in my heart for Danny Boyle, for it was he that weaned me from the ridiculous excesses of low budget exploitation (all too unreal, you see) and into more mainstream (excesses); where one can become emotionally involved with the characters and their fate, for that is where the heart of story telling lies. It is that heart that is at the forefront of Boyle's latest effort, Millions.

Millions was penned by Frank Cottrell Boyce in 1997 immediately after Welcome to Sarajevo, where it sat in limbo until Boyle attached his name to it after the huge success of 28 Days Later. The subject matter and tone of the film is somewhat of a departure from the norm for both Boyce and Boyle, though Boyce has gone on record as saying it was a direction he was aiming towards. The story centres around a small northern family, seven year old Damian (Alexander Nathan Etel), his ten year old brother Anthony (Lewis Owen McGibbon ) and their father Ronnie (James Nesbitt) as they move house to a newly built estate after the death of the boys mother. Set on the eve of Britain loosing the pound to the Euro in what is seen as a new stage for the country is mirrored in a new start for the family as they to try to come to terms with their loss. Ronnie is unable deal with the boys emotional outbursts (contrived though they might be) preferring to tell them to stop crying and move on, in the sort of emotional jarring that is so common towards young boys, while the boys themselves try to adjust to a new school. Anthony takes on a more parental role, steering his brother to avoid 'weird stuff' and remain inconspicuous and thus fit in. Damian, meanwhile, takes on a far more spiritual stance, immersing himself in the mystique of the Saints, for he believes his mother has become one. One morning, in his self built camp by a railway line, Damian has the first of many encounters with the Saints he so believes in; in which he has normal everyday conversations about the situations that are affecting him. During this first time, however, a bag full of money falls from the sky. After bringing Anthony to make sure he can see the money too, the boys take the bag home. After counting it, they need to decide what to do with it all. Anthony wishes to invest it in property, whilst Damian wants to give to the poor. There are some light comedic moments as the boys both try to hide and spend the money. All seems in hand, despite what is perceived poor choices on Damian's behalf by Anthony until the Man turns up, the rightful 'owner' of the bag of money; in truth a train robber trying to retrieve his loot. When he ransacks the family's house, the boys eventually come forward and inform their father, himself becoming involved with another woman Dorothy (Daisy Donovan), of their find. Ronnie, against Damian's wishes, wants to keep the money and hatches a plan to exchange all they can before sterling stops being legal tender. On the final night, Damian perceiving all that is happening as the root of evil takes it upon himself to save the family from the Man, and themselves, by taking the money and in a delightful moment finally meets the saint whom he most want to see, where she informs him of her miracle, only this time Anthony, too, sees and believes. At the end, Damian manages to get his wish; it is, after all, his story.

Boyle has managed to weave a rich tapestry with Millions, the complexity of the emotional entanglement between he various family elements is skilfully handled and would have made a decent enough film by itself. With the introduction of the money and the choices that are made is very much grounded in real life. The struggling family unit, trying to make the best of a bad hand, starting a new life in a new home juxtaposed with the new life for Britain and its struggling economy is a master stroke. It also has the benefit of adding pace to the story, the rush to spend the money etc. The film rests fairly on the shoulders of its two child stars, Alexander Nathan Etel and Lewis Owen McGibbon, found after an extensive audition process, neither had acted before. The pair are seamless as brothers, their interaction and mannerisms are wonderfully seen, both on the written page and acted by the boys themselves. Boyle lends a nice touch too, see the scene in the school playground, Anthony's line to be inconspicuous to fit in has Damian stood at the corner of the school building, the camera slowly pulls back with all the other children playing with an alone Damian centre frame. Anthony is fiercely protective of his little brother, but equal as firm toward him, witness his covering and humiliation as he 'breaks down' to confess to a theft to hide the actual reason, only to chastise him immediately out of earshot. James Nesbitt as the father hasn't much to do, but as a father struggling, and then handed a windfall his reactions are spot on; his relationship with Dorothy was a little too quick (though this is addressed in the deleted scenes) considering the emotional problems he is having with his grief. Ultimately it is Damian that tells the story though, and through his visions with the various Saints that he converses with we learn much about what drives him, his loves and losses that point to a brighter future and perhaps learn a little of ourselves.

Millions is not a kids film, despite its apparent nature, it is rich in its story telling with an emotional level that will appeal to the young, but it takes a deal of maturity to fully understand the whole picture. It is a heart warming tale and one that demonstrates the spirit of life, judging by its accolades and critical accomplishments it is finding a home. Boyle surrounded himself with staff that he has worked with on several pictures, he, like they, like me, have matured, and with him have produced a body of work that, while it might not be as commercial successful as Trainspotting or 28 Days Later, is his best film to date.