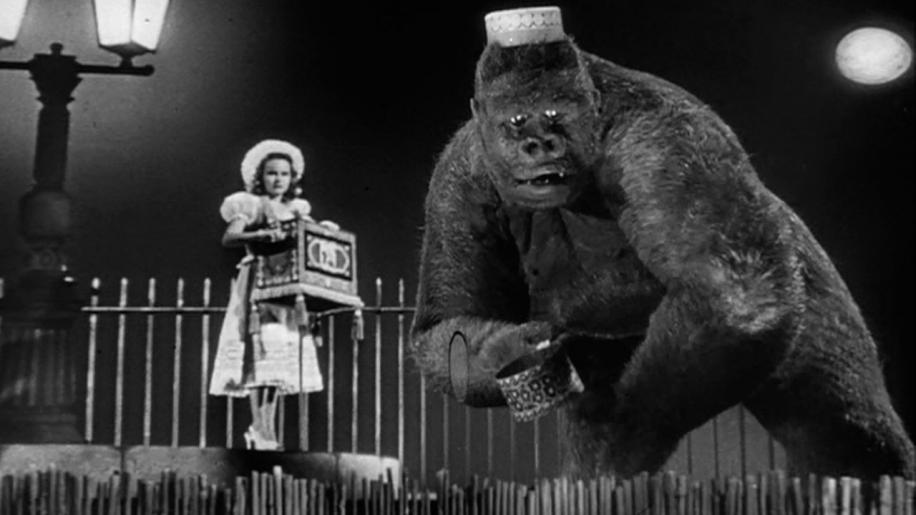 Presented in its original academy ratio and considering the film's vintage, the print used is of a good standard. Just after the film's halfway mark, we begin to see some print damage, with a small jump in the film and plenty of very evident reel changes. I would assume that the master used for the film was from various sources, as at times we see video noise which would suggest part of the film came from a video source. The black and white photography is mainly clear and concise, although somewhat poor when the stop motion sequences are on screen. The film is also tinted during one of the final scenes; this is to give the fire effects some extra power. This works great and gives the film a real 'classic' feel. The print at this point is a little 'suspect' due to damage and isn't as good as the preceding hour or so. This however cannot be helped due to the way the film was made. Personally unless the film gets a full digital clean up and restoration which it deserves, this I is the best I think we will ever see it. One complaint, where is the brilliant RKO logo at the beginning of the film? The original mono soundtrack is clear and free of any real distortion. Presented in the left and right front speakers, dialogue is clear and the 40's melodramatic music is mixed well into the proceedings. At times, the sound could be a tad quiet, I assume this is the fault of the print/sound used. Don't worry; just turn your amp up a bit...no harm done. I could hear no real crackles, hisses or pops associated with old mono soundtracks, so a big well done to whoever preserved the soundtrack. Some filmographies including Ray Harryhausen, unfortunately written in Japanese. Mighty Joe Young is probably one of the ultimate family films. It may be over 50 years old, but it entertained me in the same way it did my Dad back in 1949. Sit back and enjoy a real forgotten classic of the Hollywood golden age with one of the best feel-good endings of all time.